For most business functions, the Apple iPad Pro Wi-Fi + Cellular acts like an iPhone with a much larger screen.

The 4G model connects to cellular networks when necessary and to Wi-Fi when it can to save on battery life and possible network charges. It runs the iOS 9 mobile operating system, which means that any apps already running on a user’s iPhone will transfer directly to the Pro. Syncing contacts and information is almost seamless.

The big selling point is the 12.9-inch touch screen with its native 2732-by-2048-pixel resolution. Like the iPhone, the screen on the Pro is configured at a 4:3 ratio instead of the 16:9 typical of most mobile devices, so any programs optimized for iPad screens look just as good here. And the Retina display is stunningly beautiful. It may not be quite as high resolution as some devices, but Apple balanced that with image quality improvements.

Make a Strong Impression for Presentations

Those looking to use their iPad Pro as a presentation device will be happy to find an audio upgrade as well. The Pro has four speakers, two at the top of the device and two at the bottom. This is among the best audio setups I’ve ever heard from a device this size, and it’s plenty loud enough for presentations.

Battery life is also solid, especially considering the large screen. Apple worked some magic, like having pixels stay illuminated longer before needing to draw more power. When using the cellular network, the device provided 9 hours and 11 minutes of runtime from the Pro. When using Wi-Fi only, it stretched to 10 hours and 48 minutes.

Users looking to turn their Pro into a true desktop replacement will probably want to purchase a folio keyboard (CDW price: $180) for ease of typing and to help the device stand on its own; and possibly an Apple Pencil (CDW price: $120) for rapid manual note-taking. I had access to both during testing and came to rely on them for many day-to-day tasks.

With the Pro, Apple has created a version of its consumer-friendly iPad that’s a worthwhile business companion for the mobile worker and that syncs easily with a user’s iPhone. What was always a great consumption device is now legit for productivity.

Getting Down to Business (Apps) on Apple’s iPad Pro

Unboxing the Apple iPad Pro Wi-Fi + Cellular tablet is not all that different from the same process with an iPhone. In fact, if a user already has an iPhone, probably every app running on it will sync over to the iPad Pro. Any app than runs optimized on the iPad will continue to do so on the Pro too, just at the larger screen size.

Those users who have shied away from using Apple’s standard business productivity suite on smaller screens may be able to embrace them now on the Pro. In fact, many of Apple’s business tools have also recently improved.

For example, the iOS version of Pages now acts much more like a traditional word processor, with tools automatically showing the character count of articles with and without spaces. There are some nice extra features as well, such as the ability to view and restore all changes that have been made to a document over time and by various users when collaborating. It even has some Apple-only features, such as letting users take photos and videos for inserting into their text without first having to leave Pages.

Compatibility with Microsoft Word documents is also much less of an issue for this retooled version of Pages. I imported Word documents with some pretty complex charts and graphics into Pages, and they looked perfect after a brief conversion. Documents created using Pages on the Pro can also be converted into Word’s .docx format and even password-protected for extra security.

The Numbers spreadsheet program for iOS works flawlessly on the iPad Pro, making full use of the larger screen. It also provides historical editing capabilities and is compatible with Excel.

The Keynote presentation app for iOS is probably going to be the biggest addition for users moving from an iPhone to the iPad Pro. Keynote can’t be used effectively on a tiny screen, but it works great on a Pro, and the new streamlined file format makes it easier to share Keynote presentations using Gmail and Dropbox. You can even beam presentations from iPhones for editing on the iPad, and then back to the phone for transport if you want to leave the weightier Pro behind.

If a business needs to have the full version of Microsoft Office programs, there is an Office for Mac version available (CDW price: $219) that runs well on the iPad Pro, though Office and Apple programs were perfectly compatible in all testing. 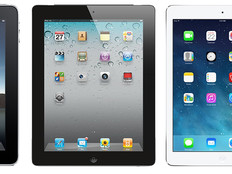 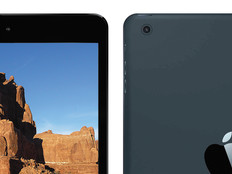 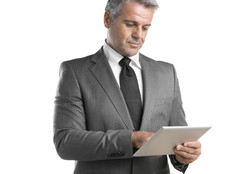