With end users creating, sending and receiving more data than ever before, the speed and reliability of the enterprise network is crucial to organizational success. As older equipment ages out — and as enterprises look to add new functionality — many organizations are planning to upgrade their existing networks or add new networking technologies over the course of the next 12 months.

In a survey of more than 500 IT decision-makers, CDW asked where organizations plan to invest their networking dollars in 2016. The results show that a number of organizations are adopting next-generation solutions.

For instance, many organizations will continue to research and make investments in cloud resources, and more than a few will begin to explore cutting-edge technologies such as software-defined networking (SDN) and the Internet of Things (IoT).

The benefits of moving services such as software and infrastructure to the cloud — including scalability and potential cost savings — are widely known at this point, and Younger says she expects that additional organizations will make the move in 2016. Enterprises that are still using on-premises email, for example, may move to hosted email as their on-premises equipment ages out, she says.

SDN, when combined with network orchestration, will allow organizations to reap the same flexibility benefits that the public cloud offers, while keeping resources in-house and offering additional cost savings. “This gives us the ability to instantly provide servers to internal customers,” Younger says. “That same service that we could get from a cloud-based provider, we can now do that in our own data centers. That was not completely possible until SDN. The products are all really new, within the last year.”

One company was able to achieve a return on investment of more than 400 percent in less than a year by pulling its public cloud resources back into its own data center and using SDN. “If you look at some of the research, it’s much less expensive to operate in a private cloud environment,” she says. “Softwaredefined networking is definitely taking off in 2016. I’m on phone calls daily with customers who are interested.”

As IoT solutions mature, Younger says, she expects more organizations to explore use cases. Industrial and manufacturing companies are particularly interested in IoT, but she is also seeing interest from enterprises in the retail and healthcare sectors. “Internet of Things is going to grow, definitely,” Younger says. “The train has left the station. It’s not going to be adopted by everyone, but it’s definitely picking up momentum.”

Learn more about IT trends by downloading the white paper, "The State of Networking in 2016." 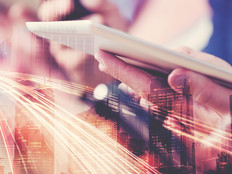 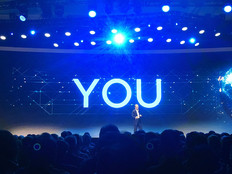