Sports have come a long way since the days of Rocky Balboa drinking raw eggs, chasing chickens and punching huge pieces of beef in a meat locker.

Advances in nutrition and exercise science have created the strongest, fastest, best-rested athletes in history. Increasingly, technology is playing a role in helping athletes to fine-tune their performance. Mirroring the move away from paper in other workplaces, digital playbooks have gradually replaced bulky binders in locker rooms. Teams are equipping their players with wearable devices that provide insights into their health and performance. And teams are poring over advanced data analytics in search of a competitive edge.

Sports teams will always be only as good as their players, but technology is helping to make those players better. As teams explore these advances, they need to deploy foundational technologies such as networking, storage, power and cooling and security to support them.

From 3-Ring Binders to Tablets

The Arizona Cardinals are one of numerous National Football League teams using digital playbooks instead of the massive three-ring binders that players previously lugged around to help them learn their plays. Since 2013, the team has put its playbooks on iPad devices from Apple, a solution that not only provides a sleeker form factor, but also gives the team flexibility and new capabilities.

“It gives coaches the ability to do a lot more,” says Mark Feller, vice president of technology for the Cardinals. “It’s updatable. If they want to make a couple of quick changes before a team meeting, they can do that without going and making 80 copies on the copier and trying to jam them into the notebooks, which is what everybody used to do.”

For players, who typically come into the league at 22 or 23 years old and have grown up around technology, the digital solution is “second nature,” Feller says.

The team also incorporates video into the digital playbooks, a feature that was obviously impossible with a paper-based solution. Film clips and plays are pushed out to the devices over the team’s secure Wi-Fi network.

Security was a concern when the team made the switch, but the playbook app allows the Cardinals to erase play data, and a mobile device management solution lets the team remotely wipe an entire device if it is lost.

Getting Player Data from Wearable Devices

Athletes, coaches and teams are finding an increasing number of uses for wearable devices that provide a wealth of information about fitness and activity in practice, in games and even away from the field. Wearable cameras allow coaches to see the action from a player’s perspective, and health- and motion-tracking wearables can provide teams with data that help gauge each player’s health and performance level.

These sensors send data which is picked up by “receivers” that are placed around the stadium.

In the National Football League, all players wear sensors in their uniforms to track their location and speed. The data gets transmitted to radio frequency ID receivers located throughout a stadium. Television production teams use it to create graphics showing how fast players run and what path they take to get to the ball. Teams receive some of this data, Feller says, and the Cardinals also use wearable technology in their own strength and conditioning program, which helps detect the potential for injuries before they occur.

“[Trainers] know approximately what the players are capable of doing, and then they can say when an injury is likely to happen,” Feller says. “That’s when they start to reduce the wear and tear on guys in practice. They can see when an athlete is starting to wear down, and maybe they need to do some particular exercises [to help prevent injury].”

Steve Hellmuth, executive vice president for operations and technology with the National Basketball Association, estimates that around two-thirds of NBA teams equip players with wearable technology during practices. “They go back and they do an analysis that says, here’s where this player got injured,” Hellmuth says. “Let’s go back and see what preceded that — the number of minutes played, performance in practice.”

The value of injury prevention to professional sports teams is obvious. If a wearable device helps prevent an injury that would have otherwise sidelined a star player for several weeks of games, the return on investment could be in the millions of dollars.

Ultimately, the technology that teams and players use produce data. The teams that are able to analyze this data for insights can give themselves an edge.

Every NBA arena is outfitted with six SportVU cameras that capture the location of the ball and every player on the floor throughout an entire game. Teams use this data to arrive at insights about the value of certain shots, the effectiveness of different plays against different teams and how to best guard specific players.

“The player tracking statistics have transformed the game,” says Hellmuth. “It’s made the game better. It’s a fortunate, wonderful thing.”

In particular, data analysis has helped many teams to better understand the value of the three-point shot. Not only is it worth 150 percent as much as a marginally easier midrange shot, but missed three-pointers tend to carom off the basket more randomly than other missed shots, increasing the chances of an offensive rebound.

Hockey teams are also using advanced statistics to measure performance. Brian Macdonald, director of hockey analytics for the Florida Panthers, says that teams have begun to realize that statistics on shots are actually more valuable than statistics on made goals, especially when evaluating a team’s performance for less than a full season. “Shot differential is a better predictor of future performance than goal differential is,” he says. “There’s about nine or 10 times as many shots as there are goals. A lot of it has to do with the small sample size for goals.”

Virtual Reality Takes Training to the Next Level

With high-quality consumer headsets and apps coming onto the market, some teams are also looking to find an edge by using virtual reality. Sports organizations — and in particular, football teams — have already begun to leverage the technology to give players full-speed “mental reps” that help prepare them for the real thing.

“You might get 50 reps in just a few minutes,” says Frank Blackwell, director of the U.S. Army Game Studio, which created the GoArmy Edge Football virtual reality app. “It also has the potential to reduce injuries, because you’re getting those mental reps without having to bang 22 guys into each other on the practice field.”

Virtual reality apps can be particularly helpful, Blackwell says, in preparing backup and third-string players who don’t get much playing time or practice reps and therefore have limited opportunities to see how plays unfold at game speed. They can also help star players quickly study up on opponents that employ unusual schemes. For example, college football teams famously find it difficult to prepare to defend against the option offense because so few teams run it, but virtual reality apps allow players to see the plays from a defender’s point of view.

Blackwell’s lab has worked with the Indianapolis Colts as a development partner, and the team has used to app to help train its players. “The virtual reality systems … are really cool,” says Andrew Luck, the team’s quarterback, speaking in the “NFL Next” digital video series. “I think it gives you a different perspective in watching film.”

“The more teams show success with it, it’s going to grow exponentially,” says Blackwell. “Three to five years from now, I think this will be the norm. We’re just getting started.”

The Need for Supporting Technologies

To get the most out of performanceboosting tech tools, teams must also invest in robust back-end supporting technologies. From a networking perspective, high-speed Wi-Fi connectivity is needed for data-intensive mobile deployments such as digital playbooks and wearable devices. Many teams are already deploying robust Wi-Fi to support stadium operations such as digital signage and mobile point-of-sale solutions, but it is important that training areas away from the arena are also connected.

Data storage is another vital component of any new tech deployment. Any solution should support the storage, management and efficient retrieval of data for a variety of applications, and must be flexible enough to handle new demands as teams adopt new technologies. The Denver Broncos use NetApp storage systems to support performance-related initiatives such as digital playbooks and video analysis, as well as the organization’s financial and communications systems.

Data analytics programs also require hardware and software investments, particularly in specialized programs that can sift through a huge amount of information and flag potential trends or connections. Collecting all of this information — including game statistics, video data, biometric data and more — is a much simpler task than storing it, organizing it and analyzing it in a way that will be useful to coaches and athletes. Editing, tagging and analyzing video, in particular, can be a major burden on IT departments and analysts.

To learn how your team can use technology to get an edge, check out “Technology-Driven Performance: How IT Boosts Athletes on The Field.”

While some sports teams, such as the Oakland Athletics and San Antonio Spurs, have been early and enthusiastic adopters of data analytics, not everyone is convinced.

This skepticism has made headlines, particularly in the NBA, with successful players and coaches from previous eras loudly casting doubt on the usefulness of advanced metrics.

During the 2014-2015 season, when analytics models suggested that the Golden State Warriors were a historically great team, Hall of Famer Charles Barkley famously predicted that a “jump-shooting team” couldn’t win the title. Even Phil Jackson, considered by many the greatest coach of all time, took to Twitter during the playoffs to criticize the league’s emphasis on 3-point shooting. Both comments were widely seen as digs at the Warriors.

Ultimately, the Warriors won the championship, and in 2016 the team received the “Best Analytics Organization” award at the MIT Sloan Sports Analytics Conference. After the award was bestowed, Warriors coach Steve Kerr joked, “I think the analytics show that Steph Curry is a great shooter.”

With Curry on track for one of the greatest shooting seasons of all time, that’s one metric that even the skeptics can likely agree on. 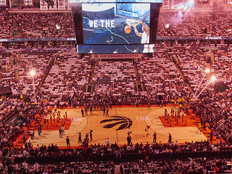 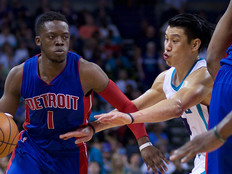 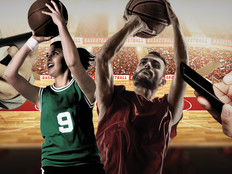