October is typically a month full of frights and terrors, but those are usually associated with the Halloween festivities.

This year, small businesses and retailers have a different kind of spirit haunting their operations as the October 1 deadline to switch to hardware and software that complies with the Europay MasterCard Visa (EMV) chip-based standard looms.

Businesses will face a major consequence if they fail to meet the deadline: They could be held liable for fraudulent transactions.

Speaking with The Wall Street Journal, Carolyn Balfany, MasterCard’s group head of U.S. product delivery, explained the logic and the consequences behind this liability shift:

Whenever card fraud happens, we need to determine who is liable for the costs. When the liability shift happens, what will change is that if there is an incidence of card fraud, whichever party has the lesser technology will bear the liability.

So if a merchant is still using the old system, they can still run a transaction with a swipe and a signature. But they will be liable for any fraudulent transactions if the customer has a chip card. And the same goes the other way – if the merchant has a new terminal, but the bank hasn’t issued a chip and PIN card to the customer, the bank would be liable.

But this shift isn’t the most daunting thing that’s happening; it’s that nearly half of small businesses are unaware of the liability shift, according to a recent survey from Wells Fargo, reported on by The Associated Press.

The small businesses dragging their feet on making the necessary upgrades are largely doing so because of costs, according to the Wells Fargo survey, which found that 46 percent of small businesses haven’t made the switch because they don’t want to invest in the new equipment.

It’s likely that these small-business owners will change their tune once the liability shift hits and they start racking up the chargebacks associated with fraud as a result of the policy change. As is often the case with technology, delaying IT investments you know your business needs can sometimes cost you more in the long run. 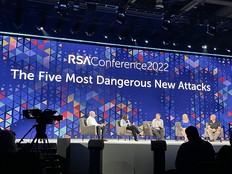 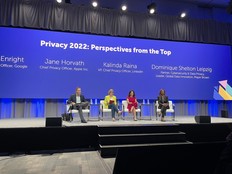