With the rise of crowdfunding platforms such as KickStarter, GoFundMe and Indiegogo, to name a few, you might assume the days of in-person donations are numbered.

The idea of going door to door or standing outside of a store with a bell asking for charity seems quaint and woefully outdated. But a recent survey shows that retail donations — funds tacked on to purchases at the point of sale — are healthy and growing alongside online donations.

A recent survey by social-good consultancy Good Scout found that the majority of people, including millennials, like being asked to donate at the register. Joe Waters wrote about the findings on his blog, Selfish Giving, which was named a BizTech Must-Read Nonprofit IT Blog this year. The stats about the power of person-to-person donation solicitation may surprise you.

According to Good Scout’s data, 55 percent of respondents “like being asked to give to charity” at the register, Waters writes. What’s more, leveraging retail point-of-sale is a win-win for both nonprofits and retailers, since “47 percent of consumers can recall the last charity they supported at the register” and “60 percent felt positively toward the retailer after being asked.”

This positive attitude toward donating at the register also trickles down to millennials, who, based on their tech-savvy nature, may appear to be more inclined to favor online donations over giving in person. But the survey data show that millennials are just as open to kindness at the register, with 74 percent admitting they’ve donated this way and 70 percent saying they liked being asked to do so.

One of the reasons we can surmise as to why this giving strategy works with millennials is the micro nature of these donations. Tacking on a dollar or two to a purchase they were going to make anyway isn’t a big deal for young people, and it requires little or no extra effort on their part. Convenience, it turns out, is just as important to charity as it is to commerce.

When it comes to charitable giving and nonprofits, the power of the Internet and social media is perhaps best exemplified by the wave of donations that flowed in to the ALS Association as a result of its Ice Bucket Challenge last year. Reports estimate that the nonprofit and its affiliated chapters raised $220 million worldwide as a result of this viral campaign.

While most nonprofits can’t bank on such an influx of cash coming through the Internet doors tomorrow, survey data indicate that online giving continues to grow in the double digits, according to a report from Nonprofit Technology News, another BizTech Must-Read Nonprofit IT Blog.

The Blackbaud Index shows that “online giving increased 13.2% for the three months ending May 2015 as compared to the same period in 2014,” Nonprofit Technology News reports. Year over year, the picture looks good for this method of donating, as “overall giving grew 2.1% while online giving grew 8.9% for the full year 2014 compared to the full year 2013.”

Leverage the Best of Both Worlds

Armed with this data, how should nonprofits devise their fundraising strategies? The good news is that it doesn’t have to be an either-or scenario. The register resonates strongly with people of all generations, and online giving is growing at a healthy and sustained rate.

But smaller nonprofits will likely benefit more from online giving than register giving because consumers were more likely to cite brand recognition of the charity as a contributing factor to their donations at the register, according to Good Scout’s data. Large, national or international nonprofits, however, can expect to effectively use both channels and win on both the personal and digital sides of their donors’ lives. 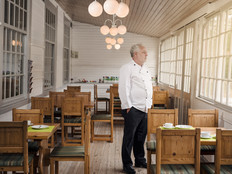 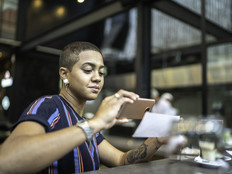