Out with the whiteboards, black-and-white photos and paper playbooks, and in with the future of football. Professional football kicked off a new era of technology adoption last season as coaches, players and other staff took to the field with Microsoft Surface Pro 3 tablets.

After signing a five-year, $400 million deal with Microsoft, the league is providing the Intel-powered tablets, secured in a special ruggedized sleeve for harsh game-day environments, to staff on all 32 teams.

During the 2014–2015 season, players and coaches huddled around Surface Pro 3 devices to analyze plays and set strategies using similar photo, video and app technology that employees in other industries and consumers alike have come to love. The tablets also enhance off-the-field operations.

Steve Keim, general manager of the Arizona Cardinals, can’t say enough about how the tablets help him do his work more effectively.

Keim says having a Surface Pro 3 device that lets him run the unit as a notebook or tablet, as well as use Microsoft Office applications, such as Word, Excel and PowerPoint, offers all the convenience he’s looking for.

“When I’m on the road and traveling at an airport, it’s nice having something that’s lightweight that also lets me work with an application like Excel,” he says. “Especially in our business, where we have to deal with the salary cap, it’s great having Excel at my fingertips, with all the benefits of a tablet.”

Mark Feller, vice president of technology for the Arizona Cardinals, says the team started deploying the Surface Pro 3 tablets about a year ago. They’ve deployed about 35 so far to the fitness and medical trainers, IT staff, video personnel and customer service representatives, who use the Intel-powered devices on game days to look up information for fans and take polls.

The team’s goal has always been to get the best possible technology into the hands of its staff, Feller says. Later this summer, the Cardinals will continue that strategy and deploy about 20 Surface Pro 3 devices to team scouts and another five in the scoreboard control department.

“We want to make sure our staff has the best tools,” Feller says. “Overall, we’re looking less at ROI and more at performance and efficiencies for the staff.”

Keim says that’s why the Cardinals went for the best Intel processor on the market.

The year the Arizona Cardinals franchise was founded in Chicago, making them the oldest continuously run professional football team in the United States

“We couldn’t scrimp on the processor because we depend on video to do our jobs,” he says. “When I think back on how — for years — we had to pull beta tapes, what we have with the Surface Pro 3 is such a dramatic improvement.”

“We also use them on gameday,” he says. “The quarterbacks use them with the position coaches to view the previous plays so we can decide what to run on the next series.”

Feller says the scouts are especially looking forward to working with the Intel-powered tablets. At 28 ounces, the unit is lightweight and will streamline what they’re required to carry on the road.

“In the past, the scouts would have to carry a five-pound notebook, [a tablet], plus a smartphone,” Feller says. “With the Surface Pro 3, it gives them the best of both worlds: They’ll have one less device to carry, plus it weighs less than two pounds.”

The scouts will train on the new tablets in late July and begin using them regularly after training camp kicks off in August.

Feller says moving the team from a bulky notebook or another tablet to the Surface Pro 3 will ease the overall support burden on the IT staff, who use a combination of ActiveSync, Active Directory and Microsoft’s Security Compliance Manager to secure the devices.

The team also installed Absolute Software’s Computrace LoJack on all the devices to manage, track and secure the tablets.

Feller says he expects the Intel-powered devices will keep the team current for the upcoming season and well into the following months.

“We usually refresh our computer fleet every two to three years, so once we get the scouts ready, we’ll be ready for the upcoming season,” he says. 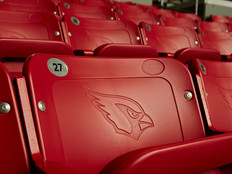 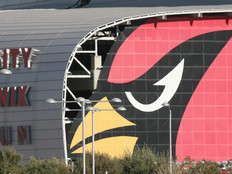