Stadium networking and communication packages are carefully designed to deliver the right capacity to the right places without stepping on the media transmissions of surrounding buildings, explains Ken Rehbehn, principal analyst at 451 Research (formerly Yankee Group). Other tools, like cloud-based Software as a Service, offer teams nearly infinite ways to collaborate and solve a variety of management problems or bottlenecks.

On the wireless side, “to slap up access points on a haphazard basis in a congested arena with very demanding traffic patterns is a recipe for disaster,” Rehbehn says. “Teams that are seeking to upgrade their capabilities should approach it in a very systematic fashion. It should not be dealt with on a piecemeal basis.”

But even solutions designed specifically for professional sports stadiums should be customized, explains Travis Bugh, a CDW senior wireless consultant who has served as the technical lead for several sports facility upgrades, including University of Phoenix Stadium, the Georgia Dome and the Kansas City Chiefs’ Arrowhead Stadium, among others.

“There’s not an all-in-one solution for any of this stuff,” he says. “It’s too vague. It’s too complex. It’s not like you log in to Cisco or CDW and just hit a checkbox that says, ‘stadium solution.’ ”

The NFL’s Arizona Cardinals is one team that considered a variety of products from different vendors for a recent stadium IT upgrade before settling on the features and capacity of Cisco’s Connected Stadium package.

Not only does a football stadium present unique challenges in terms of the scale and design of the building, but the Cardinals’ University of Phoenix stadium also requires a system that offers flexibility to serve the variety of events hosted there throughout the year, says Mark Feller, the team’s vice president of technology.

Once in place, the system allows the team to transform the entire stadium experience for fans, Bugh says. The team can direct fans to less congested parking lots and gates, get them through ticket lines faster, let them upgrade their seats and even inform them of wait times for bathrooms.

“If you’re sitting at home, you’re going to be watching the TV and listening to Jon Gruden talk about the quarterback,” Bugh says. “If you come to the stadium, you get to have a full fan experience, everything from the Wi-Fi to the network to the point-of-sale delivery, ticketing — all of that is making that fan experience more efficient and more enjoyable.”

What’s getting fans in the door?

Since the team’s upgrade to Adobe Creative Cloud, Chavez is not the only one making use of the design software. While Adobe previously sold device-specific licenses for individual software products, the company now offers licensing that allows a variety of users within an organization access to a full suite of Adobe tools, including Photoshop, Illustrator, Premiere Pro and After Effects. The move has also lightened Chavez’s workload, he says: “Instead of everything having to filter through me, I can divvy up some projects to others.”

Chavez has already shown some colleagues how to use InDesign. He says that while they were intimidated at first, they picked it up rather quickly, especially those who had used other types of Adobe software, such as Photoshop.

Now that he has access to an entire suite of cloud-based creative tools, Chavez says he’d also like to try new software to create more web and video-based materials. “It’s right there, so I can learn each program and become more proficient with the software,” he says.

Because employees have such easy access to the tools, they’re more inclined to try them out than when they must ask IT to purchase the software for them, Feller says.

“It’s a much easier process for us — not just for IT, but for the people who are using the software too,” he says. “They have the independence to go out and do it on their own.”

Adobe’s move to the cloud has also saved IT time because the software is now managed by the vendor rather than the users. Adobe controls all software installations, licensing and updates.

“That helps a lot,” Feller says. 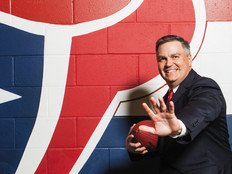 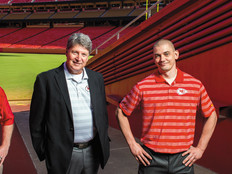