Here’s a tidbit of information that might resonate with workers who have meeting fatigue: Tom Chi, a Google X co-founder who worked on Project Glass, believes meetings are a horrible way to solve problems.

“Most corporate meetings are guess-a-thons. They’re just a long series of guesses,” said Chi while speaking during a keynote at the Collaborate conference in Washington, D.C. “The problem with guesses is they aren’t based on anything real.”

Chi explained that in most organizations, the “guesses” that get rewarded in meetings are usually those that have been watered down by compromise or those made by the person with the highest title in the room.

“What makes organizations slow is we don’t treat each other as human beings anymore. We treat other by our titles,” Chi said.

To illustrate this dilemma, Chi told the story of how the heads-up display in Project Glass (the initiative that resulted in the Google Glass product) went from red to not red. Sergey Brin, a Google co-founder and director of Google X and special projects, insisted on the heads-up display being red, Chi said. There wasn’t a ton of rationale behind this decision, but in an attempt to appease Brin, people were eager to make it so.

In the end, however, it turned out that a red display was ill-suited for the sheet protector material used in the heads-up display.

“Doing is the best type of thinking. Thinking is a terrible way to think,” Chi said.

There’s a popular concept floating around in the startup and entrepreneurial space that argues that “failing fast” is an ideal that organizations and innovators should aspire to. But Chi believes this notion, though well-intentioned, is harmful and misguided.

“The concept of failure is dangerous for the brain. It darkens the spot in your brain around the idea,” Chi said.

Furthermore, things that end up as “failures” can often be stepping stones to something that’s successful.

“Almost everything that ends up being successful is a small tweak on something that failed in the past,” he said.

He used Facebook as an example and pointed out that Facebook merely improved and iterated on the “failures” of social networks that preceded it, such as SixDegrees, FriendFeed and MySpace.

Instead of racing to “fail,” organizations should focus on learning as quickly as possible, Chi said. Learning, in his model, is really rapid prototyping, and it’s how the Google X team was able to move quickly through its ideas and ultimately to a real, working, functional product called Google Glass.

“Business is not really an abstract discipline,” Chi said. “We like the formality of the abstraction because it allows us to get degrees, but at the end of the day, what business is is a modification to the real world.”

To be successful, businesses must spend less time building PowerPoint decks and setting up meetings and more time doing the work, he said. 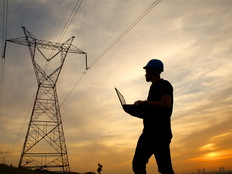