“We are a 24-hour property, and we can’t allow downtime to impact our business,” says Director of Information Technology Scott Mahler.
Home»Networking

Time had not been kind to Doral Golf Resort & Spa near Miami. Built in 1962, the sprawling 800-acre retreat was once the epitome of luxury. But in the decades since, its décor had become outdated, and the property had lost some of its splendor. So who better to restore the resort to its former glory than new owner Donald Trump?

The Trump Organization purchased Doral in 2012 for $150 million and is investing another $250 million to renovate the property. The massive facelift, which began last spring, includes gutting and rebuilding the clubhouse and the hotel’s 693 guest rooms and 48 suites; modernizing ballrooms, spa facilities and restaurants; and enhancing the resort’s five golf courses, including the famous Blue Monster course, which is home to the World Golf Championship-Cadillac Championship every March.

The two-year construction project, dubbed “Return to Grandeur,” includes state-of-the-art technology throughout — from Wi-Fi and smart thermostats in every room to Voice over IP (VoIP) and IPTV — all of which rides on a fast, new local area network (LAN). 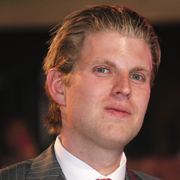 We spoke with Eric Trump about the importance of IT in building the ultimate guest experience. Read the Q&A to learn more.

“When we bought the resort, it was tired and worn down. We’re putting $250 million into it to make it the best golf resort in the world. Our properties always have to be the best, and IT is a serious component to that,” says Donald’s son Eric Trump, executive vice president of development and acquisitions for the Trump Organization.

The Nuts and Bolts of an IT Infrastructure Upgrade

Renovations at the newly renamed Trump National Doral Miami resort started a year ago last March after the conclusion of the WGC-Cadillac Championship. As construction crews knocked down walls, the IT department focused on the network first, building two fiber networks to ensure redundancy and installing new Cat-6 cabling as each building is retrofitted.

Mahler and his team designed the network with scalability and redundancy in mind. The Cisco Nexus 7000 switch can expand to 40Gbps and 100Gbps speeds and features two power supplies and two power supply supervisors. So if one power supply or supervisor goes down, the other keeps the switch running, says CDW network solution architect Manuel Rocha, who helped design the network.

The new network’s faster speeds and larger capacity allow the IT staff to install a high-speed Wi-Fi network, migrate from an old analog phone system to VoIP and run all applications, including the property management system, security cameras and a new audio-visual system for meetings.

“With the backbone network in place, we could integrate all the other systems that run on top of it,” Mahler says. “Everything is riding on IP, even our mini bars are being recorded from IP for tracking purposes.” When guests check in to their rooms, for example, the resort’s new temperature control system automatically lowers the thermostat from 76 degrees to a more comfortable 72. But when guests check out, it automatically increases the temperature back to 76 to save on air conditioning costs. 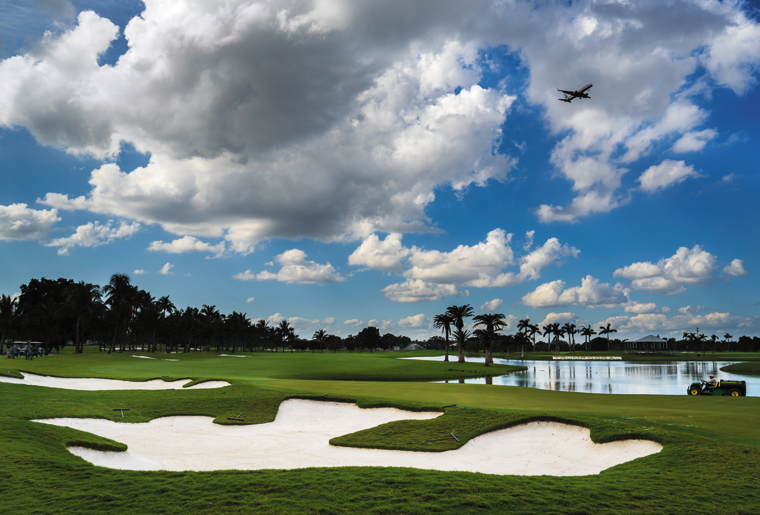 The installation of a new network and a VoIP system wasn’t as simple as ripping out and replacing old equipment. Because the Trumps were taking a phased renovation approach and keeping the resort open during construction, the IT department needed to integrate old and new while having both systems running simultaneously. As each building is renovated, the IT staff cuts everything over to the new systems.

Mahler decided to switch to VoIP because of the efficiencies the technology brings. An IP phone system is much easier to manage and maintain, and instead of having to update the wiring for analog phone lines, the IT staff could simply use the converged IP network, cutting down on cabling costs.

Because the resort is doing a phased rollout of the new phone system, integration with its existing Avaya PBX is important. So Mahler stayed with the same vendor and purchased Avaya’s VoIP system, Aura Communications Manager 6.0.

CDW played a significant role by designing and installing the new Cisco network and Avaya VoIP system and integrating them with the existing infrastructure. With the phone system, for example, CDW principal consulting engineer Faruk Azam created a bridge that links the traditional PBX to the VoIP system, allowing voice calls from the old system to be routed via VoIP.

Azam “got all the systems talking together, so they could communicate and work simultaneously,” Mahler says.

Keeping the Lights On

Last summer, Mahler and his staff also built a new server room with two new HP ProLiant DL380p servers, VMware virtualization software and an HP P2000 G3 MSA Array System with 15 terabytes of storage. The previous data center equipment was old and had no redundancy, so it was time for an upgrade, Mahler says.

While the old APC system provided a mere 10 minutes of battery backup, the new system delivers between 45 minutes to an hour of emergency power, Mahler says.

“We are a 24-hour property, and we can’t allow downtime to impact our business,” he says. “The new APC unit gives us more time in case of emergencies and if power goes out.”

For Trump National Doral Miami, it’s not good enough to just have a wireless network. The resort must have a Wi-Fi network that has the speed and capacity to handle thousands of notebook, tablet and smartphone users at any given time.

The guest rooms are built with thick concrete, which reduces wireless signal strength and prevents IT workers from simply placing access points along the hallways and having each AP serve multiple rooms. 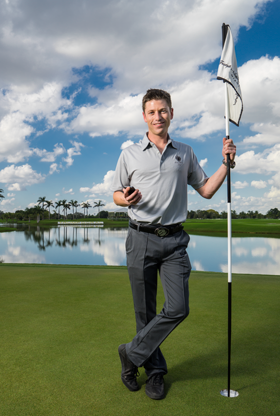 “We are a 24-hour property, and we can’t allow downtime to impact our business,” says Trump National Doral Miami Director of Information Technology Scott Mahler.

To ensure optimal wireless coverage, Mahler placed APs in every guest room. He standardized on Ruckus Wireless’ Wi-Fi equipment, whose APs double as four-port switches, which simplifies cabling into each room and aids with the VoIP installation.

The built-in switch supports Power over Ethernet, allowing the IT department to connect and power two IP phones in each room, provide guests with a wired network connection and deliver IP-based television to each room’s 55-inch LED TV.

“The built-in switch on the APs saved us from having to run multiple cables and add extra power sources into the rooms,” Mahler says. He hired a CDW service provider to perform a site survey and determine the best placement of APs to ensure full coverage indoors and outdoors.

“There is no dead spot or weak signal throughout the property,” Mahler adds.

The posh resort is taking advantage of mobile devices and the wireless network to improve customer service and make it more efficient. Restaurant and pool servers — as well as workers at golf course concession stands — all use tablets as point-of-sale devices to take orders and handle transactions.

The IT staff has also issued Apple iPod Touches to about 100 housekeepers. When a guest calls the front desk and requests extra towels, the request is typed into a customer service application and the next available staffer is notified through an app on the mobile device. Supervisors and managers are equipped with iPads, so they can conduct inspections and make sure everything is in order before guests arrive.

Overall, the resort is well on its way to becoming an ultimate golf and vacation destination and a perfect venue for events, Trump says. Despite keeping the resort open during construction, work is being completed at a rapid pace, and the Trump Organization is more than halfway done with its makeover.

The Blue Monster golf course re-opened in mid-December, and the new clubhouse opened its doors this February, just in time for the resort to host the annual WGC-Cadillac Championship in March. The ballrooms and meeting facilities have been remodeled. And so far, half the guest rooms have been rebuilt, and the rest will be completed by early 2015.

“What we’ve done at Doral is nothing short of incredible in the amount of time we’ve owned it,” Trump says.

While renovations continue, most of the IT work is completed. Mahler has worked at a dizzying pace the past 12 months, keeping existing IT operations up and running while managing dozens of IT projects, supervising dozens of contractors and coordinating with construction crews.

About 25 different technology systems are now running at Trump National Doral. So far, everything is running smoothly as Mahler puts the finishing IT touches to the renovation.

“It feels like the whole world is riding on the network, but everything is working seamlessly,” he says. “It was very hard work, but it’s a huge success.”