Data analytics has done some heavy hitting for major league baseball teams over the past decade, but many team officials say they are just scratching the surface of the technology’s potential. While there’s been much fanfare about the use of Sabermetrics and predictive analytics on baseball operations at the Oakland Athletics and Boston Red Sox, teams are also starting to use analytics on the business side.

“We are certainly using predictive analysis to evaluate players,” says Ebert, who’s been with the Astros for two years. “But we’re also applying analytics to run what-if scenarios so we can convert single-game ticket buyers into season ticket holders and keep the season ticket holders we have.”

Ebert, who applied some of these principles when working previously with the San Diego Padres, has a positive outlook on the Astros’ future, despite the team’s recent losing record.

“The best part of this approach is that it changes the dialogue between the business analysts and the IT staff,” Ebert explains. “In the past, all people on the business side ever wanted from us was to keep the website up and running and email available. Now, we are getting into the nuts and bolts of the business.”

While Ebert admits that it’s too early to report results, he says just the mere fact that the IT staff and business analysts are having the conversation is a step in the right direction.

As the Astros enhanced its analytics operations, Ebert says it needed more processing power. So in the past year, the team invested in new HP DL380 servers and HP blade servers to increase its ability to crunch numbers and expand the capacity of its storage area network. 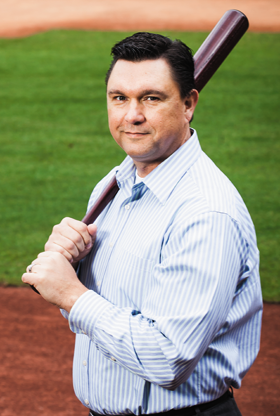 "In the past, all people on the business side ever wanted from us was to keep the website up and running and email available. Now, we are getting into the nuts and bolts of the business," says Ray Ebert, Senior Director of IT for the Houston Astros.

The business intelligence features are based on Microsoft SQL Server and a commercial analytics presentation package.

“The combination of SQL Server with the BI software allows the business analysts to easily create views of the data,” says Dusty Mitchamore, an Astros application developer.

“It’s my job to get the data scrubbed, while ultimately the analysts know how they want to present the data,” he says.

Mike Dillon, vice president of marketing and strategy for the Astros, says data-driven decision-making is at the foundation of everything the team does. He says business intelligence and analytics provide the Astros with tools to test and either prove or disprove hypotheses generated around key business questions.

Analytics has delivered some important insights over the past year or two. Halfway through the 2013 season, for example, Dillon’s staff noticed that attendance and ticket revenue for Friday night home games was falling short of projections. After conducting a brief survey, they saw that the team’s more casual fans were not aware of the post-game fireworks on Friday nights because the promotions weren’t reaching them.

“We re-evaluated and modified the channels through which we promoted the fireworks for our Friday night games and were able to turn around our performance,” Dillon says. “Without having robust projections for our performance and real-time data tracking, we might not have been able to course-correct midseason.”

Other teams are also looking to analytics for insights into the business side of baseball. The Arizona Diamondbacks, for instance, also use a combination of Microsoft SQL Server and presentation software to mine data.

“Quick and easy access to data has opened up a new world of business questions we can ask, and we utilize our analytics team to look for those answers,” says Kenny Farrell, the Diamondbacks senior director of business strategy and operations.

Farrell says the team’s most notable project has been using analytics to segment customers to better understand the differences among fans while placing an emphasis on the lifetime value of customers.

“The better we can understand our customers, the more successful we will be fitting them with the best product, which in this case would be the best ticket package that they can enjoy and renew for years to come,” he says. Results are measured in the team’s higher sales numbers and higher renewable rates.

Starting off with ticket sales has also led the team to a better understanding of other aspects of the business, including marketing, corporate partnerships, concessions and merchandise.

The Tip of the Analytics Iceberg

The Cleveland Indians also uses analytics to study its fan base. Senior Vice President of Strategy and Business Analytics Andrew Miller says analytics has revealed many insights that have driven positive changes to the team’s business. 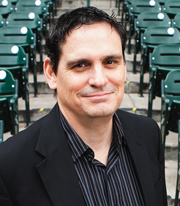 Sig Mejdal, Director of Decision Sciences for Houston Astros Baseball Operations, explains how the team uses data to its advantage in an interview with BizTech.

For example, one analysis helped the Indians understand the trade-offs that fans would make between variables such as seat location, food and beverage options and other alternatives in the team’s club section. This information let the team tailor specific ticket offerings to best meet the needs of the fans in that section.

Analytics based on SQL databases also presents information that helps the Indians improve the fan experience. The team responded over the past two seasons by creating a “Kids Clubhouse” that offered family-friendly entertainment in 2012 and launching the “Collection Auto Club,” an exclusive club that caters to more affluent fans and business clientele in 2013.

Miller says the team’s use of analytics extends naturally from the way it has historically used these techniques for baseball operations, where it incorporates the best information from as many sources as possible to make better decisions on players.

But Miller stresses that this is just the tip of the iceberg of what the team hopes to accomplish with analytics.

“We hope to develop an integrated 360-degree view of our fans to understand the ways that they seek to engage with our organization across all touch points at the ballpark, online and at home,” he says. “This will require that we develop enhanced flexibility, data mobility across platforms and integration of offline and online systems to ensure a seamless experience for fans.”

What’s clear in talking to baseball officials about data analytics is that teams such as the Houston Astros are much like any other business looking to understand customers better. Baseball, meanwhile, has long been criticized for not having a salary cap, putting the smaller market teams at a disadvantage. The continued success of the Oakland Athletics and last year’s comeback by the Kansas City Royals proves that teams in less profitable markets can compete, thanks in part to the smart use of the data at their disposal. 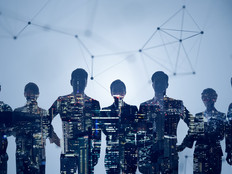