Chicago-based Raise Marketplace has all the hallmarks of a growing startup business: strong reliance on the cloud for day-to-day operations, a collaborative work environment and a fast-growing workforce of 50 employees who use desktops and mobile devices to perform a variety of tasks and projects.

In just two years, Raise has energized the burgeoning and lucrative secondary gift card market. Rather than purchase and maintain an inventory of valuable consumer gift cards to sell through an e-commerce site, the company joins buyers and sellers in a peer-to-peer model. Raise never touches the cards but earns a commission for vetting the parties involved and facilitating the transaction.

Amidst its spectacular growth, though, Raise experienced a modern headache. Each employee uses an average of two — and often more — wireless devices, whether a company-furnished or employee-owned notebook, tablet or smartphone. Raise’s headcount has doubled each year and continues to increase by two employees a week, causing its wireless traffic to overwhelm the company’s network infrastructure.

“We’ve grown so fast that by the time we installed each small business network solution that we purchased, we’d have outgrown it,” says Evan Kostorizos, compliance officer for Raise. He also had to invest a lot of time and effort learning the unique coding and terminology used by each wireless manufacturer. “We were literally buying new pieces of equipment within a month of purchase, and even then, we would sometimes have network failures. We just can’t tolerate that in our business.”

Kostorizos sought an enterprise solution that could provide the much-needed scalability, stability and management capabilities to enable the company to continue its upward trajectory — without consuming all of his time and resources.

After consulting with IT solutions provider CDW, he found exactly what he was looking for — and more — in Cisco Meraki, which offers the industry’s first cloud-based wireless network controller, intuitive management tools and simplified plug-in access points, switches and security products.

Before the equipment had even arrived, Kostorizos was able to log in to the Meraki cloud and use a graphical dashboard to design and configure the new network.

“I started out cold, not knowing really anything about Meraki equipment, and in just one day, I configured every piece of equipment and every single setting,” he explains. When the hardware arrived, Kostorizos plugged it in and it worked as intended. “It was eight hours from cold start to enterprise network. You can’t beat it.”

Raise expects to double its workforce once more by next year, but Kostorizos isn’t concerned about scalability.

“To add capacity, all we have to do is add another access point; I won’t even have to tweak the configuration,” he says. “It’s so unbelievably easy. This is really the next generation of wireless.”

A Network that Grows with the Business

The mission-critical nature of the Internet, the growing adoption of cloud computing and the proliferation of mobile devices are spurring companies to look beyond traditional wireless network providers.

This new paradigm presents numerous challenges. Office buildings and urban areas host so many Wi-Fi networks that they often interfere with each other, slowing performance and adding security risks.

At the same time, demand for bandwidth continues to explode as employees clamor to use their own devices, and even internal corporate telephone and paging systems are based on wireless. As businesses try to maximize their productivity to be competitive in a global marketplace, they can no longer afford to devote as many IT resources to managing the wireless LAN. 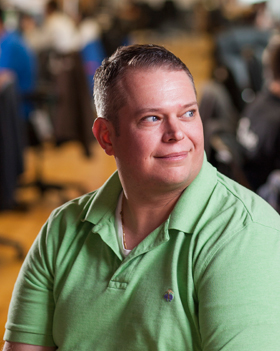 “It’s so unbelievably easy. This is really the next generation of wireless,” says Evan Kostorizos.

Recognizing this, Meraki’s founders, while working at the Massachusetts Institute of Technology, invented cloud networking as a way to address the evolving needs and the growing headaches of IT directors and network administrators.

“Many company IT personnel have to manage and control tons of devices on their network, and the bandwidth that they have to deal with has exploded — 10 to 20 times more than even two or three years ago,” says Jacob Busath, inside sales team lead for Cisco Meraki. “They really needed better, easier-to-use management tools that could actually help them be more efficient than what they’ve had in the past.”

With Meraki, the state-of-the-art, cloud-based architecture is used to manage and configure far-flung devices from a single location, rather than requiring IT staff to go on site to plug in each device and be familiar with coding and other technical aspects.

Because the controller is in the cloud, Meraki handles all maintenance and upgrades. Describing the Meraki system as more than just a network, Busath says, “We’re providing companies the ability to put their resources elsewhere rather than having to continually invest in making changes on their edge network or upgrades in order to access new features and new capabilities.”

Recruitment software, services and consulting company RECSOLU provides the technology and services that many Fortune 250 companies and large government agencies use to manage recruiting processes. The Chicago-based company decided from the start to rely on wireless for its on-premises office operations but beginning with its very first office network, quickly ran into problems.

“As we added new employees and additional devices to the network, we ran into some pretty severe stability issues,” explains Jason Allen, CIO for RECSOLU. He quickly began looking for a better, enterprise-grade solution.

Allen consulted with CDW Account Manager Edgar Mendoza, who after studying the company’s unique business and IT needs, recommended that RECSOLU invest in a Cisco Meraki network.

“CDW is vendor-neutral and focused on delivering effective solutions, and as a result, we are able to look across what’s available and come up with a best fit for each individual customer, no matter their size or complexity,” Mendoza explains.

While CDW provides implementation, training and other professional assistance, he says the Meraki solution is so simple and user friendly that no outside assistance is required.

For his part, Allen says, “I really didn’t know anything about Meraki, but I was very open to new ideas.”

To provide Allen with a more in-depth understanding, Mendoza had Meraki perform an onsite assessment. Among other activities, the Meraki engineer examined RECSOLU’s existing Wi-Fi network and the interference from neighboring offices.

“The engineer was very knowledgeable and helped us to understand many of the issues that we were seeing with our current devices and how Meraki would alleviate the problem if we were to invest in their hardware,” Allen says.

Based on that recommendation, RECSOLU decided to purchase the Meraki wireless equipment, including the cloud-based controller and three MR16 APs. The implementation proved as easy as promised, especially the hardware setup and installation. “Without us reading the documentation or being that familiar with the setup of access points, we were able to get it up and running in under an hour,” Allen says.

A short time later, RECSOLU once again expanded its office, necessitating the purchase of another MR16 AP, which “was very straightforward,” according to Allen. The business also replaced an existing virtual private network concentrator with the Meraki MX80 security appliance and firewall.

“Everything is extremely intuitive,” Allen says. “It’s one of those things that just kind of fades into the background because it works like it’s supposed to. We don’t worry about it.”

A User-Facing Dashboard Makes All the Difference

The Meraki WLAN’s cloud-based dashboard sets it apart from other solutions, according to IT personnel who have deployed the system. Network administrators can log in from wherever they are and access the graphical management interface, which relies on drop-down menus and plain English.

Using the simple dashboard, network administrators are able to perform complex tasks, such as managing multiple sites and multiple networks from a single display, controlling applications, users and devices, viewing network performance metrics and connection status, applying policies and accessing easy-to-read reports. Meraki’s dashboard is also well suited for bring-your-own-device initiatives — all that’s required is a client app on each phone, notebook or tablet to be managed.

Administrators can use the dashboard to automatically classify mobile devices by type, operating system and manufacturer; apply policies by device type, user or department; push out anti-virus software and patches; and keep tabs on how employees are using the network.

“You used to have to have a separate server specifically for the purposes of drilling down into these devices to find out what operating system is running and what the user is doing,” Kostorizos says. “Now it’s all integrated into this system in a way that’s really easy to understand and use.”

At Raise, for example, the Meraki system helped executives realize how much time employees were spending on visits to websites such as Facebook and YouTube. If an employee spends too much time on those sites during the workday, Kostorizos can block sites or just restrict an individual device. “It’s not an all-or-nothing scenario,” he says, noting that users are free to use the devices for personal tasks during lunch or while on break.

Nor does it matter where Kostorizos is located. For example, while on a recent business trip to New York, an email alerted him that unknown users were trying to log in to the guest network. The users were VIPs who had been scheduled to be in the office that day, but Kostorizos hadn’t been notified. He logged in to the dashboard and immediately granted the visitors access.

Allen notes that Meraki’s device management capabilities enable him to keep tabs on several hundred tablet PCs with very little effort. “The ease of management is really fantastic, especially after coming from a command-line type solution,” he says.

And that’s critical for a firm like RECSOLU, which needs to use its resources as wisely as possible. “We’re a very busy growth-stage startup with a lot of stuff going on, so we want to be able to focus our time on solving more interesting problems and doing the things that ultimately make the company money,” Allen says. “The Meraki network enables us to do that with confidence.”