The latest advice making the rounds in business intelligence circles encourages companies to seek out data scientists to help tame the Big Data beast. But a Booz Allen Hamilton executive suggests that data scientists alone won’t cut it. Thinking outside the IT box and pulling in professionals who have nothing to do with technology or data science could be critical in helping companies turn Big Data into more than just a buzzword.

Speaking with InformationWeek, Josh Sullivan, vice president of the Strategic Innovation Group at Booz Allen Hamilton, advised companies to hire unconventional people, such as musicians and physicists, to contribute to data-driven initiatives.

"Most companies only think to hire computer scientists because they think big data is a technology problem; but it's not," says Sullivan in the InformationWeek story. "The first thing I ask people is, 'what question are you going to ask of your data,' not 'how are you going to code it.' To think about the question, you need people who can be creative and who are curious."

Adding musicians and physicists may sound wacky, but as Sullivan explains, that outsider perspective was just what Booz Allen needed to get its Big Data project right.

Looking beyond statisticians and computer scientists, Sullivan said Booz Allen has had success bringing physicists and music majors onto data science teams. Both groups tend to bring curiosity and experimentation into play, Sullivan said, with physicists "exuding the scientific method" — moving from conjecture to hypothesis to testing — and music majors offering "amazing creativity and quantitative skills."

That music-major advice might sound odd, but creativity comes into play when data science teams consider mashing together data in much the same way that composers might experiment with combinations of instruments. The combination of skills has worked out in several recent projects seeded by Booz Allen personnel, according to Sullivan.

For example, the consultancy worked with a pharmaceutical company and mashed up adverse-drug-reaction data, social media data, research notes, lab data and molecular data. It was the first time all these sources were combined, and it helped the company better prioritize expensive drug research, according to Sullivan.

The strength in diverse viewpoints and backgrounds rings true for both IT and business overall. Writing for the Harvard Business Review’s blog, Dartmouth professor Vijay Govindarajan says that the No. 1 innovation killer in most organizations are silos. 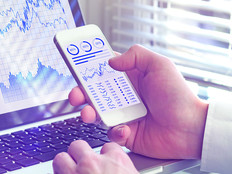