Not too long ago, the Seattle Aquarium decided it needed to take a deep dive into its network infrastructure and deploy wireless across its facilities.

Now, a year and half in, the aquarium has found Wi-Fi to be a tool that not only lets it serve visitors in unique ways but enriches the exchanges possible between staff members and the community, says Pam Lamon, the aquarium’s web and social media coordinator. 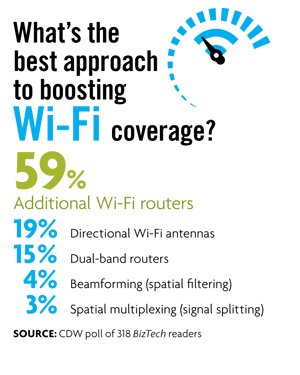 For instance, there are long stretches when Umi, the aquarium’s 40-pound giant Pacific octopus, doesn’t move at all. Now, staff members armed with tablets can roam around the exhibit showing visitors videos of Umi feeding while they field questions.

Wireless even lets the aquarium interact with people who can’t visit in person. For instance, during a recent Google+ Hangout on Air, a young boy from an East Coast school asked an aquarium diver how many fish were swimming in the tank with her. The diver, wearing a wetsuit and a facemask with a microphone and speaker, began pointing out fish.

“One, two, three, four, five, six, seven,” she counted off, before giving up and telling him there were 500, give or take a few. “It’s a little bit hard to know for sure because they just don’t hold still while we count them,” she joked.

The Seattle Aquarium is far from alone among businesses and organizations that are tapping into wireless to expand or improve services.

As wireless has morphed from a pleasant perk to a necessity for employees and clients across industries, many businesses are finding they can no longer make do without wireless or with limited Wi-Fi services.

Today, not only is there incentive to find better solutions, but also companies have access to more sophisticated equipment to help them pinpoint network problems. From next-generation access points to cloud-based management systems, wireless tools can provide expanded capabilities, are easy to manage and are available in a range of prices.

For years, small and midsized businesses that required more robust wireless solutions than what basic consumer products had to offer were forced to overbuy, often causing budget and management burdens, says Mike Cisek, a research director who covers SMB infrastructure and operations for Gartner.

For these reasons, configuring, installing and securing wireless networks could be a liability for businesses with limited IT staffs and budgets. Now, SMBs have a wider range of wireless tools available to them, plus they can move wireless-network management to the cloud. “They want this to be as painless as possible,” Cisek says. “It’s a heck of a lot cheaper to buy solutions that you can manage through a web portal.”

ID the Wireless Problem and Need

Unlike the Seattle Aquarium, the Windsor Court Hotel in New Orleans had installed wireless. But the service failed to garner the rave reviews the luxury hotel was accustomed to, says IT Manager Denis Barry. 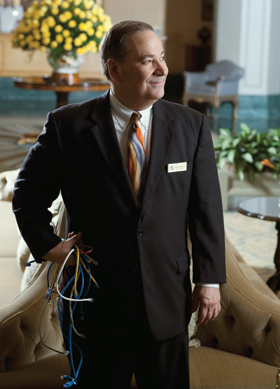 “We knew we had holes. It was a matter of finding out where they were and what was causing them,” says Windsor Court IT Manager Denis Barry.

A fixture on best-hotel lists — in publications such as Travel + Leisure, Condé Nast Traveler and Zagat — Windsor Court’s clients include industry leaders and big-name producers, directors and stars who flock to the city known in some circles as “Hollywood South.”

When Barry started at the hotel in January 2010, he found himself regularly fielding complaints from guests about the Wi-Fi service. The hotel offers free wireless in its rooms, but the network, which was installed in 2009, struggled from the start, and the problems grew worse over time, Barry says. “There were just too many dead zones.”

In the year before Barry came onboard, the hotel tried to address bandwidth sluggishness by adding more access points, to no avail.

After spending time studying the physical space and the network configuration, Barry’s IT team solved the problem by replacing the hotel’s old single-radio APs with Meraki MR16 dual-radio APs. Within a few days of deployment, the daily round of complaint calls disappeared. “I just don’t get them anymore,” Barry says.

Even businesses with limited resources can find easy-to-use tools for tasks such as segregating internal and guest networks and monitoring network traffic.

“Many of the features that had been reserved for larger enterprises are now in reach for SMBs,” says Jim Berenbaum, research director with Gartner’s mobile and wireless group.

For instance, if a network consistently experiences performance problems late in the day, an administrator might be able to drill down to uncover an uptick in YouTube traffic just as the second shift starts, Berenbaum says. Instead of buying new APs, the IT team can focus instead on network policies and training.

“Educating users is important for organizations of any size,” Berenbaum notes. “The impacts can be tremendous.”

The need for awareness and training become especially critical as more people bring their own devices to work, he adds. Many users hop on their personal devices to stream the news or watch videos without even thinking about the toll on the network, Berenbaum says.

“If you can start to identify those things more quickly, you can go deal with it,” he says. “Often it’s not malicious; the user just didn’t realize that it was causing a problem.”

Other times, infrastructure issues play a role. For Barry, that was the case at Windsor Court. For instance, the hotel’s single-radio APs simply weren’t strong enough to provide adequate signal coverage.

“I would have had to go out and buy too many of them to solve the problem,” Barry says. Plus, a nearby hotel’s wireless network was overpowering the Windsor Courts’ Wi-Fi signal. 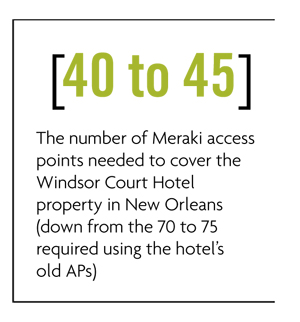 The hotel’s problems grew worse when some cables were cut during a summer 2011 renovation.

Initially, before upgrading the APs, Barry often resorted to bringing cables to guests’ rooms so they could connect to the wired network. In some cases, he would even install an AP in a guest room. With 316 rooms and at $600 to $700 per AP, these on-the-fly deployments were not a feasible long-term solution.

After doing extensive research, Barry determined that strategically placing the newer Meraki APs around the hotel would greatly improve performance. With 700- to 800-square-foot rooms and solid doors, “it’s a real challenge to get signals from Point A to Point B,” he says.

“We knew we had holes. It was a matter of finding out where they were and what was causing them,” Barry adds. Barry tested products from various vendors, and just as he was about to settle on one, he tried a Meraki AP. If Barry had stuck with the AP originally slated for purchase, he would have needed seven or eight APs per floor.

With the Meraki solution, however, two to four APs per floor sufficed. Some wireless signals span as many as four floors.

“It just performed better and filled the holes,” he says. “And it was so easy to roll out.”

If a business is just deploying wireless, it is best to do upfront research and planning to ensure that the network runs well from the get-go.

That’s the approach that both the ­Seattle Aquarium and an industrial rigging company in South Carolina took.

“I think the biggest thing for us was just planning it all out. It’s important to understand why you’re doing it and how it’s going to be used,” says Joe Lazar, IT help desk II lead at the aquarium.

To create its wireless network, the ­Seattle aquarium connected a Cisco 2100 series LAN controller and Cisco 1140 series APs to its existing switches.

As the bring-your-own-device movement grows, “organizations need to think about the increasing demand on their wireless networks,” says Gartner Research Director Jim Berenbaum. The newest standard is 802.11ac, but “we’re not recommending a rapid race to put in 802.11ac yet, because 802.11n will do the job.”

Most small to midsized businesses don’t need 802.11ac, and most products cannot take advantage of the standard yet, he adds. Berenbaum also recommends dual-band (2.4- and 5-gigahertz) equipment, which is less susceptible to interference from other devices.

Lazar and Lamon worked closely with the aquarium team to identify how wireless could further the institution’s mission and to determine how many APs were required and where to place them. The aquarium had some signal challenges similar to Windsor Court because the aquarium is in a partially concrete facility that spans two piers.

For Charleston’s Rigging and ­Marine Hardware, the move to wireless was needed to meet the customers’ needs, says Jessica Sage, who bought her parents’ industrial rigging supplies company with her brother two years ago.

More and more customers are keeping blueprints on their smartphones and tablets, says Sage. “It’s easier to connect wirelessly,” she notes, adding that she now uses the wireless network when giving presentations.

Eventually, the company plans to have employees in its service department move to tablets. The installation of a Cisco wireless network was the first step toward that goal. “That’s the end of the road,” explains Sage, the company’s chief financial officer.

Sage had reservations about wireless initially. “I was greatly concerned about security,” she says. So she opted not to broadcast the network because it was to be closed to the public anyway.

The wireless network helped address another concern: not being able to access the company’s inventory management software if Internet service went down. Sage purposely chose different providers for the wired and wireless networks so she could rely on one if the other failed.

The company also purchased a Verizon 4G LTE Mobile Hotspot for remote workers and as a backup in emergencies. “That way, we can still proceed with work,” she says.

Reliability is an important consideration when planing a wireless network, says Gartner’s Berenbaum. Businesses often purchase strong wireless LANs, but they overlook the quality of their Internet service providers.

“Look at where your bottleneck is because it might not be where you think it is,” he adds. “A lot of time, money and effort can be spent solving the wrong problem.”