The bring-your-own-device (BYOD) trend has taken over the workplace, and there’s little most businesses can do to stop it, which is why many have given up trying. In a July 2012 survey, 80 percent of respondents said they now allow employees to use their personal notebooks, tablets and smartphones at work. That’s up from a mere 10 percent just five years ago.

Done right, the implementation of a BYOD policy can result in significant savings. Done wrong — without proper security, privacy, legal and management practices in place — it could be a disaster. One way a few employers are minimizing the risk of employee-owned devices in the office: blacklisting and whitelisting certain apps.

A recent TabTimes article highlights a report from Fiberlink, the company behind the MaaS360 mobile device management (MDM) solution, which analyzed data from more than 2 million smartphones and tablets managed by its MDM solution. The company released its findings last week, shedding some light on which apps are being banned and which are being allowed.

As you can see below, the iOS and Android blacklists overlap quite a bit, with both including all-time favorites such as Angry Birds, Dropbox and Netflix.

Oddly enough, Dropbox, along with a few other apps, appears on both whitelisted and blacklisted apps.

“This shows that while some companies see Dropbox as being a threat, other[s] embrace it,” opines ZDNet’s Adrian Kingsley-Hughes in a post about the Fiberlink report. “Outside the top 10, this is likely to be the case for most apps, as companies tailor the blacklists and whitelists to their specific needs.”

Perhaps the most interesting Fiberlink finding is just how few businesses actually create blacklists and whitelists of apps when implementing a BYOD policy in the first place. For iOS devices, the number is only 10 percent; for Android-run smartphones and tablets it’s less than 5 percent.

MaaS360 customers in manufacturing and service industries are most likely to blacklist apps, according to the report. By contrast, those in consumer/retail and service industries create the most whitelists. For businesses that practice blacklisting, the number of banned apps averages five for iOS devices and seven for Android devices; that’s far fewer than the 16 iOS apps and 10 Android apps whitelisted on average.

Mobile application management (MAM) encompasses the process of controlling employee access to internally and externally developed apps. With over a million apps available to employees for download to their tablets and smartphones, MAM has become an important component of any good mobile device management (MDM) solution in the BYOD — and, by extension, the bring-your-own-application (BYOA) — age.

"Apps downloaded from public app stores for mobile devices disrupt IT security, application and procurement strategies," says Gartner vice president of research Ian Finley. "Bring your own application has become as important as bring your own device in the development of a comprehensive mobile strategy.”

These app stores will succeed only “if IT security, application, procurement and sourcing professionals can work together. . . . When successful, they can increase the value delivered by the application portfolio and reduce the associated risks, license fees and administration expenses,” Finely adds. 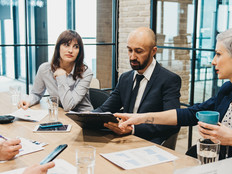