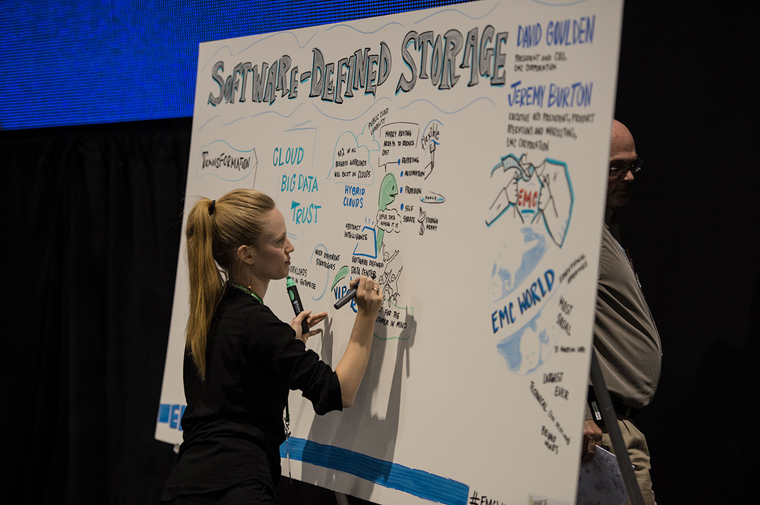 Data wants to be free. For too long, storage technologies have restricted and tied data down to individual systems. The buzz around software-defined storage has grown steadily and now EMC has developed an SDS solution to address the enterprise’s need for storage speed. The company announced ViPR, its new SDS platform, at its annual EMC World conference in Las Vegas on May 6.

“What if there was a revolutionary approach that enabled you to virtualize storage much like compute and network are virtualized today?” the narrator in the commercial announcing ViPR asks.

One of the major benefits of the new ViPR platform is its ability to work on all storage arrays, EMC or non-EMC, says Amitabh Srivastava, president of the advanced software division at EMC in a post on the EMC Pulse blog.

David Goulden, president and chief operating officer of EMC, highlighted the potential for not just SDS, but an entirely software-defined data center during the opening keynote.

“The software-defined data center will lower your costs, improve your agility and leverage the intelligence in the virtualization layer and in the infrastructure,” he said.

Several EMC World attendees latched onto the software-defined theme that ran throughout the first day of EMC World.

After Goulden’s keynote with Jeremy Burton, executive vice president of products and marketing for EMC, the illustration firm ImageThink tied it all together with a visualized bow. These visualizations, which are called #emcblueprints, will continue throughout the show.

Check out their take on software-defined storage and the opening keynote below.