MENU
Log in
Panelists from the Geek Speak Tonight! panel at Citrix Syngery 2013 debate the benefits and challenges of desktop virtualization.
Home»Management

Both camps are represented well at this year’s Citrix conference, which is being held in Anaheim, Calif. But a sticking point emerges that has the panel and attendees in disagreement: Should virtual desktops be treated the same as physical desktops?

Count virtualization consultant and Geek Speak panelist Robert Morris firmly in the camp that says physical and virtual desktops are not the same.

“Don't go blindly into VDI assuming things will be the same as you've always done,” he says.

Morris advises IT professionals to do their due diligence and analyze business objectives and user needs before jumping headfirst into desktop virtualization.

“What about paralysis by analysis?” responds an attendee.

It’s true that conducting research and interviewing users is a significant investment of time and resources. And for businesses with thousands of employees, it may not be feasible to gather such granular business intelligence before making a decision to use virtualization technology.

But Morris is firm in his stance and he believes in putting the user first because if the user’s needs aren’t met by IT, they’ll find their own solutions.

One area where IT puts up disruptive roadblocks for users is in disabling application installation privileges on virtual desktops.

If users had the ability to download install applications on their physical desktops, it’s a bad idea to take away that privilege on virtual desktops, warns Daniel Feller, a lead architect for Citrix's worldwide consulting solutions.

Where Does Enterprise Mobility Go from Here? 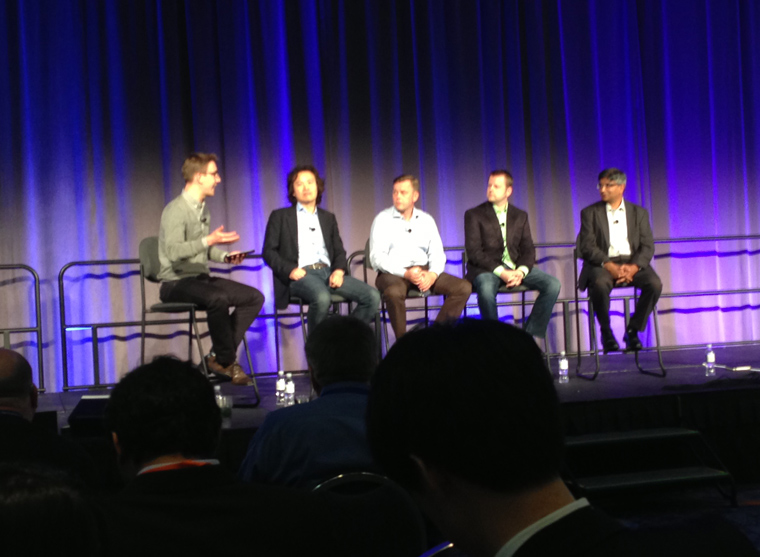 After debating the merits and challenges of desktop virtualization, the panels switch and the conversation shifts to mobility.

More than five years ago, enterprise mobility meant handing out corporate-owned BlackBerry devices to users. But once the iPhone hit the scene in 2007, with its user-friendly interface and innovative app stores, IT departments lost their iron grip on mobility.

With or without the permission of IT, companies have been forced to grapple with the bring-your-own-device trend.

As BYOD has set in, more companies have set policies and rolled out mobile device management or mobile application management solutions. The idea, at this point, of bringing your own device is no longer revolutionary.

The issue isn’t that black and white, says IT consultant and Geek Speak panelist Shawn Bass. For a startup or a small business, it may not be a big deal for employees to work using personal devices, but for organizations in healthcare or the legal industry it could be a problem.

Compliance and security policies inherently make BYOD a more complex issue and for those companies there’s still plenty that needs to be sorted out.

The future, in his view, isn’t about MDM or MAM. It’s about mobile integrity management (MIM). That’s why Samsung is working on middleware to improve authentication and encryption technologies in mobile devices, he says.

One major concern IT professionals face with BYOD is remote wiping. Some organizations take a hardline approach demanding that any employee who leaves the company allow their personal devices to be completely wiped to ensure corporate data security.

It may seem unfair, but Bass says users should be prepared for remote wiping at anytime and keep a continuous backup of their phones to prevent data loss.

“Good IT organizations understand the notion of selective wipes,” he insists.

If we’re struggling with all of these questions about smartphones and tablets, what will IT shops do when wearable technology like Google Glass starts making its way into the workplace?

Not only is BYOD far from a settled matter, it’s probably more accurate to say that the fun has only just begun.