In the battle to conquer computers, touch-screen technology is the Trojan horse used by mobile computing to sneak in under the desktop’s radar and launch a takeover of PC users.

Mobile computing has become so dominant that its paradigms now influence desktop computers. Just look at the growing number of tablet/notebook hybrids or desktop computers with built-in touch-screen technology.

The path to transforming touch-screen technology from fiction to fact has been a long haul. The 50-year journey started in 1965, when the first finger-driven touch screen was invented by E.A. Johnson, as Ars Technica notes in its history of touch-screen technology. It took nearly another 30 years before IBM and BellSouth unveiled the Simon Personal Communicator in 1993.

Take a look at Ars Technica’s historical chart of touch-screen technology, below. 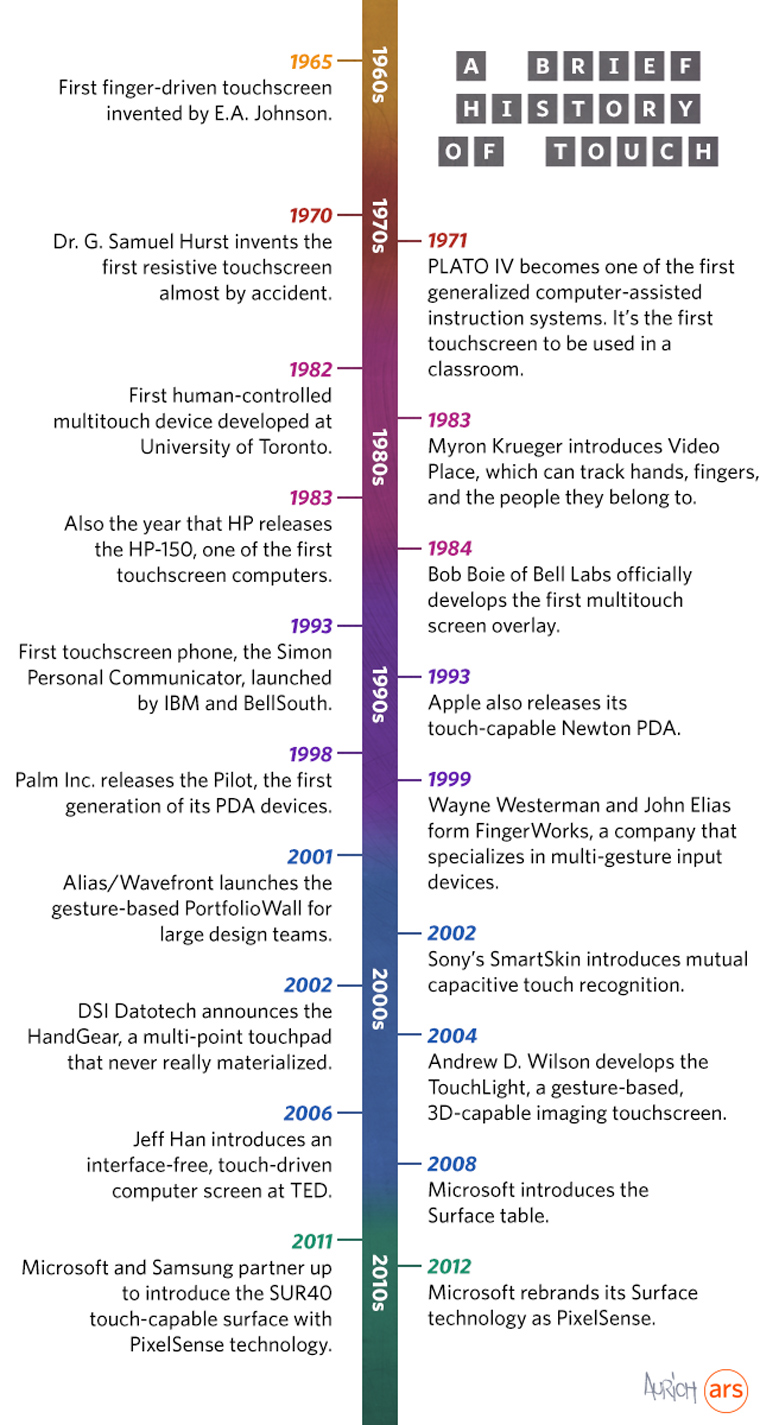