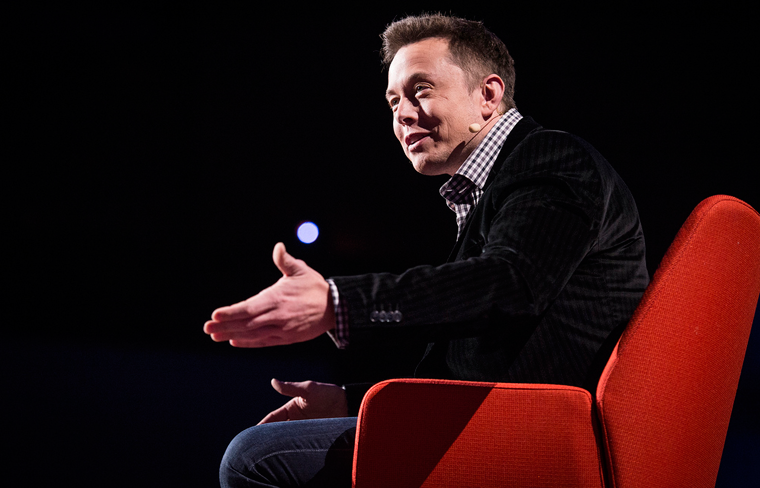 If you thought you were a multitasking guru, think again. You ain’t got nothin’ on Elon Musk, the CEO of Space X and Tesla Motors, chairman of SolarCity and father of five children.

It’s a balancing act that doesn’t come easily. No matter how smart you are, there are only 24 hours in a day. So how does Musk get everything he needs to get done?

The unpleasant truth: Musk answers work emails while playing with his kids, the entrepreneur admitted during his SXSW keynote on March 9.

With the recent backlash against Yahoo CEO Marissa Mayer’s decision to eliminate telework at the company, Musk’s remarks are part of an increasingly heated discussion about balancing family and work life and people on Twitter were quick to voice their displeasure with his way of dealing with this challenge.

Really? Musk brags about being on email while spending time with kids.

But is Musk simply embracing the reality of the future of work while the rest of us gnash our teeth about a work-life nirvana that we’ll never achieve?

In a post on the Harvard Business Review, Dr. Tomas Chamorro-Premuzic, a professor of business psychology at University College London, made an argument that more of us should embrace the fact that technology has brought us the ability to work in an always-on manner that mirrors more of what Musk is doing.

Technology has not ruined your work-life balance, it has simply exposed how boring your work and your life used to be. Did you ever try to figure out why it is so hard to stop checking your smartphone, even when you are having dinner with a friend you haven't seen in ages, celebrating your anniversary, watching a movie, or out on a first date?

It's really quite simple: None of those things are as interesting as the constant hum of your e-mail, Facebook, or Twitter account. Reality is over-rated, especially compared to cyberspace. Technology has not only eliminated the boundaries between work and life, but also improved both areas.

The outrage over Musk’s response isn’t necessarily a reaction to him personally, but more of a frustration with the transitional state of work-life balance in the U.S. in general.

Cali Williams Yost, author of TWEAK IT: Make What Matters to You Happen Every Day, recently spoke about the fast-changing world of telework and the 21st Century work life in a Forbes interview.

Over the past five years, the economic downturn, the rapid spread of mobile technology, the aging population and the “digitally-native” Millennials entering the workplace have transformed our lives on and off the job. The physical and time boundaries that used to divide our work and personal lives disappeared almost overnight.

Telework, flexible hours and even project-based work became common, everyday realities. But, the change has happened so fast that employers, individuals and the culture haven’t had time to catch up and adapt.

It’s 2013 and businesses still struggle to bring their policies and practices into the 21st Century.

Data from a survey by the American Psychological Association backs up Yost’s claim, as it found that only 45 percent of workers had the option of flexible work hours and telework.

But when it comes to our devices, flexibility is all the rage. A recent survey by ZDNet and TechRepublic found that 62 percent of companies will allow bring-your-own-device policies in the workplace by the end of the year. If our smartphones are expected to be dual-citizens of the personal and professional worlds, how can we not expect the same mish-mash in our own lives?

In 2011, TLNT, an HR news and information site, reported on a Manpower survey that found that two-thirds of the workers surveyed get emails after work hours that their bosses expect a reply to. This suggests that for a growing number of workers, the expectation to be available for work at all times is already a reality.

So if that’s the case, is Elon Musk wrong for checking email while spending time with his children or just wrong for admitting it in front of a live audience?