Amy Webb is the CEO of Webbmedia Group, a digital strategy agency that studies disruptive technologies, so she knows all about the boom and bust cycle of technology companies. But she didn't love the roller coaster ride of highs and lows when it came to dating.

Webb gave a presentation on how she was able to flip the online dating algorithm to find her perfect match at TEDxMidAtlantic on Oct. 27 in Washington, D.C. The conference is a local offshoot of the main TED Talks conference which takes place every year in Long Beach, Calif. It unites innovators, experts and leaders in technology, science, education and the humanities.

The journey for Webb began six years ago after a particularly bad break up, she said. Fed up with the less than desirable results of dating the old fashioned way, Webb opted to give online dating a try by creating profiles on Match.com and JDate.com.

But she went about it the wrong way. Webb uploaded her résumé to the sites and wound up going on dates with men who weren't a great fit or men who misrepresented themselves online in ways that didn't quite pan out in reality. For example, Steve the IT manager on JDate who claimed to be 6 feet tall, muscular and a foodie, actually turned out to be 5 feet and 5 inches tall, stocky and a cheapskate, she said.

Her family told her she was too picky, but Webb said she realized she wasn't being picky enough. So she decided to begin tracking her dates so she could start building a viable data set.

"Over time, I amassed quite a bit of data," Webb said. Which allowed her to make some interesting correlations, such as her observation that lawyers were 62 percent more likely to be into their phones than her.

By gathering data from her dates, Webb was able to determine the 72 most desirable attributes in a mate. She then sorted these attributes into tiers and assigned them weighted scores.

After she built her scoring system, Webb crawled the dating sites, made observations about the commonalities among the most popular women on the sites and used this insight to make her own profile more attractive.

By getting rid of her intimidating and verbose résumé and instead using fun, aspirational language in her profile and posting more friendly photos of herself, Webb immediately began to receive more attractive solicitations from men.

With her super profile in place and her scoring system fired up and ready to go, Webb eventually found a guy who scored 800 points on her chart. His score later bumped up to 1050 after their first date, she said. Ding, ding! Webb finally had a winner.

Mr. Right eventually went on to become her husband and the two now live happily ever after, Webb said. And they have data and analytics to thank for their union.

We often talk about the potential of big data, but there's real power in personalized data, Webb said.

"Develop your own data points and your own framework," she added.

Data as a Preventative Care Tool 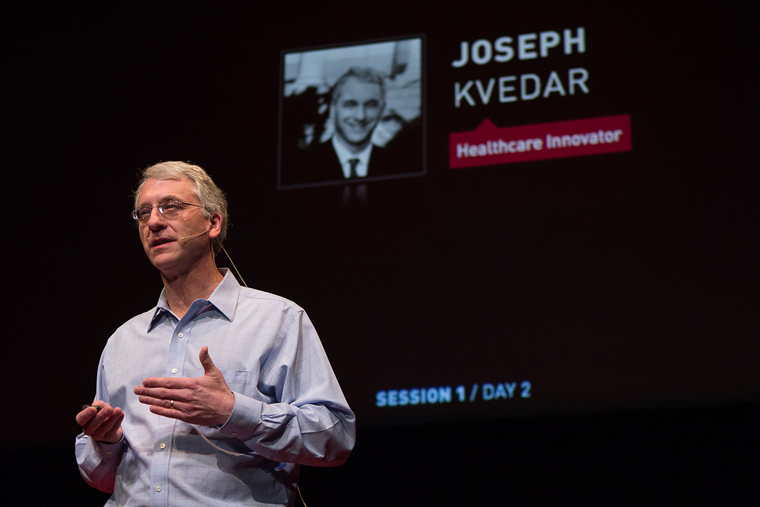 We live in an age where information is always at our fingertips, but so much of the information pushed to us is not personalized and therefore, not useful, said Joseph Kvedar, founder and director of the Center for Connected Health.

"I get messages to go for my mammogram screenings even though I'm not a woman," he said. "Prevention is easy to understand, but not at all personalized.”

But with smartphones being used as data collectors for a variety of vital signs, such as heartbeat, weight, blood pressure and more, why can't we leverage this data into a feedback loop so that patients can make active decisions about their health sooner?

Kvedar shared the story of Dr. Michael Snyder with the TEDxMidAtlantic audience. Snyder knew he was at risk for type 2 diabetes because of his family history, so he tracked his blood sugar even before he was officially diagnosed. When he noticed a sharp spike in his blood sugar level, Snyder knew what was happening and was quickly able to change his behavior to mitigate the effects of the disease. Without this personalized data on hand, Snyder would've gone on with the disease undetected until more serious symptoms manifested, Kvedar said.

"Can we apply the personalized alogrithms of Google or Apple to healthcare?" he asked. The answer, if we're willing to tune in and analyze our own health data, is yes.