The developing world surpasses the developed world by leaps and bounds when it comes to population, but the extra bodies don’t mean an extra boost in agricultural productivity.

The GSM Association (GSMA), an association of mobile operators, outlines what it refers to as the “Agricultural Productivity Gap” in a new infographic.

The productivity issues in the developing world are not due to a lack of effort: 99 percent of all people working in agriculture live in developing countries.

To learn more about the agricultural productivity gap, read the full infographic below. 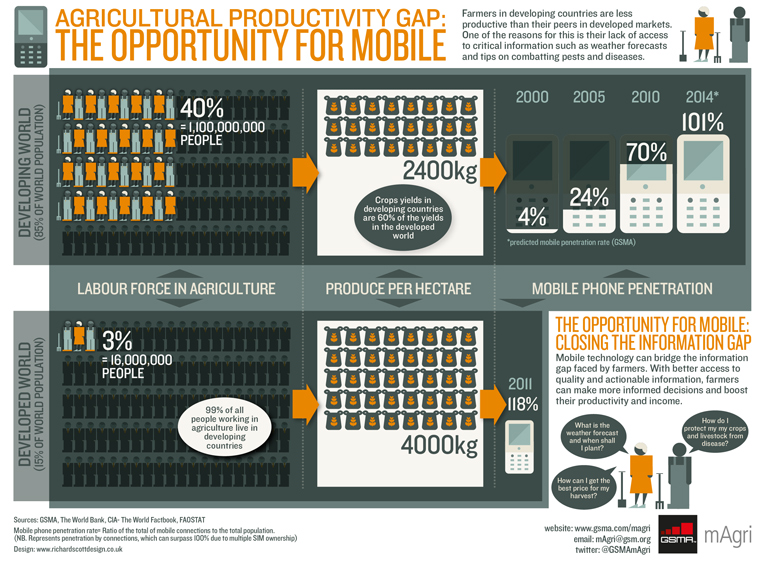