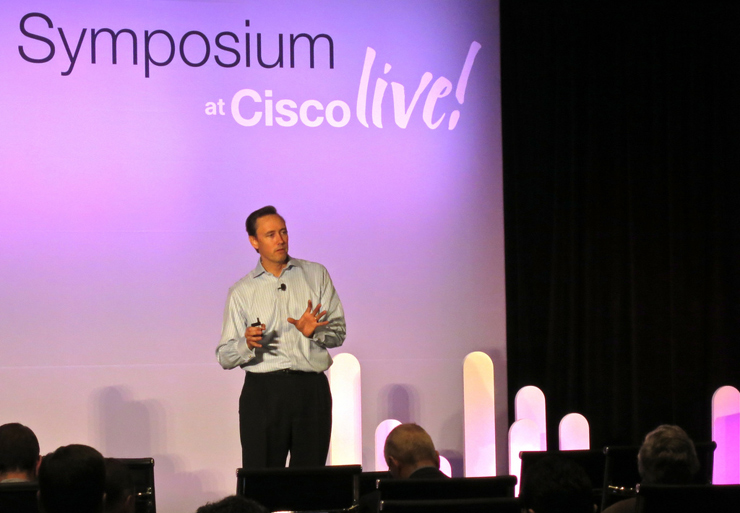 Like every other company and organization in IT, Cisco Systems is dealing with change. As the cloud computing revolution marches on, Cisco is continuously adapting and shifting, offering new solutions and features to its products to help its customers and partners adapt.

Cisco's CEO John Chambers highlighted this point during the 2012 Cisco Live! keynote this week saying, "Market transitions wait for no one."

And one of the major transitions the market has been making has been toward the cloud. Cisco unveiled a new cloud-focused brand at the show, the Cisco Cloud Connected Solution. Cisco will provide cloud-enabled routing and wide area network (WAN) optimizations through the service, reports Data Center Knowledge.

“As businesses are driving the rapid adoption of cloud based services, routing platforms and the WAN have become a strategic control point to provide an optimal user experience across the cloud,”Akkiraju said. ”The Cisco Cloud Connected Solution redefines the WAN architecture with key innovations that leverage the network intelligence as a critical link in cloud deployments by putting more functionality into traditional enterprise routing, allowing customers to connect to the cloud with an optimal user experience.”

In addition to all of the new technology solutions discussed, Weezer played at the conference and the hosts of Discovery Channel's Mythbusters participated in the closing keynote. Here are few tweets from the show that we picked up.

Amateurs practice to get it right once, professionals practice to never get it wrong! Difference between #others and #VCE #Vblock #CLUS

You have to build a tech architecture that is flexible enough to change quickly. --John Chambers #CLUS

Record attendance 17000 people here and this many virtually #clus twitter.com/Padmasree/stat…

"Video is going to be the killer app going forward. And allowing the pervasive deployment of video" -Cisco CTO @padmasree at #CLUS

Hallmarks of success - question everything and become a relentless maker. Be a learning animal. Couldn't agree more @MythBusters #CLUS

Weezer with 17000 of my best friends!! @ciscolive @weezer #clus twitter.com/MasterFU/statu…

"There's no such thing as being too nerdy" - @NetworkingNerd at #CLUS