Effortless communication and collaboration are essential for any vibrant worldwide organization. And that includes CareerBuilder, which has been named one of Chicago's Top Workplaces by the Chicago Tribune this year. With a presence in 55 countries, more than 2,400 globally dispersed employees and data centers on three continents, the firm is an undisputed leader in online recruitment for organizations of all sizes.

As the company grew and made varying acquisitions, it steadily upgraded its internal and external communications. This included consolidating diverse phone systems into a single IP telephony solution and implementing increasingly fast, redundant, wide area connections among its globally dispersed offices.

Over the past few years, a dogged IT shop has sought to ring out incremental efficiencies from the telecom arena. Thanks to continual upgrades and scaling of its communication infrastructure, global employees have been able to communicate, collaborate and access applications as if they were working in the same office.

In addition, the company has saved millions in travel and telephony costs and launched new services faster, earlier and more frequently than ever before. Other gains include greater resiliency against outages, faster data backup, plus enhanced disaster recovery and compliance capabilities.

Founded in 1995, CareerBuilder is the world’s largest webbased global recruitment and job placement provider, with corporate offices in Chicago, Atlanta and more than 50 locations in the United States, Canada, Europe and Asia.

The web-based service’s staff accesses a huge information database that is also accessible to its large client base, including more than 300,000 global employers. CareerBuilder puts more than 1 million jobs in front of job seekers using a combination of print media and the Internet.

And more than 22 million unique visitors come to its website to review opportunities in every industry, field and job type. CareerBuilder.com also powers the career sites of more than 10,000 other websites, including 140 newspapers and leading portals such as MSN and AOL. CareerBuilder has an IT Operations staff of more than 50 employees with data centers in Chicago, Atlanta, Costa Rica, London and Bangalore, Karnataka, India.

Recruiting and job seeking web sites run on huge shared databases filled with extensive information on job candidates and opportunities. For a large, global, web-based career placement organization to succeed, access to the most current job data across all its market geography must be fast and effortless.

In late 2006, CareerBuilder began a series of acquisitions that would expand the company from a North America-based service to a global enterprise with 50 locations throughout the world. As it steadily grew, the company ran into significant challenges communicating across its globally dispersed offices.

For one thing, each site had its own unique phone system. This obviously made internal communications problematic and long distance communications costly.

CareerBuilder also contracted with Global Crossing, now Level 3 Communications, for use of its highly scalable Multiprotocol Label Switching (MPLS) services. MPLS, coupled with a 1 Gigabit Ethernet Layer 2 connection provided by AboveNet Communications and FiberLight, offered the high bandwidth and Quality of Service (QoS) the company needed to provide fast data access to employees across the world.

Immediately, the enterprise saw approximately half a million dollars in long distance savings annually. This was the result of local phone numbers worldwide being ported to the Atlanta central data center and all the company’s globally dispersed offices being allowed access to five-digit dialing.

Additional savings came from centralized phone system billing and management. “As the technology gets better, we’ve been able to upgrade and get additional cost savings year after year,” says Ron Hayman, director of global IT operations at CareerBuilder. 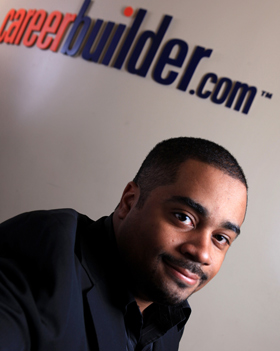 "Thanks to fast, easy communications, our sales reps and other users can pick and choose many of the technologies they want to work with, without any roadblocks in terms of bandwidth," says Ron Hayman, Director of Global IT Operations.

CareerBuilder’s thousands of global employees were also able to collaborate and communicate much more easily and efficiently. “It’s much easier to contact people when they’re all on the same system,” says Stefano Pirrello, CareerBuilder network team lead.

Since that time, CareerBuilder has continued to grow and improve its voice and data networks with enhanced connectivity options and various services.

In 2010 the company upgraded its MPLS wide area network from T1 circuits to Ethernet 10Mbps bandwidth across most of the United States — thereby gleaning more bandwidth at a much lower cost. At the same time, the firm upgraded network connections at its larger regional office from 45Mbps to 100Mbps for more speed.

The company is also currently upgrading its wide area telephony connections to native Session Initiation Protocol (SIP). “Today we need almost a single wide area PRI [Primary Rate Interface] for each of our sales reps or users because of dialing contest and the call center environment,” Hayman says. “Moving to SIP trunking will allow us to remove all the PRI and TDM [time-division multiplexing management and translation hardware and let us pay just for what we need,” he says. “We’ll be able to reduce that huge telephony footprint in the data center significantly.”

In addition to SIP services, CareerBuilder has recently moved up to dual redundant MPLS connections across the globe with simultaneous networks from Masergy Communications and Level 3. “We came to the conclusion in early 2011 that having two active MPLS connections throughout the organization would provide much more resiliency during any outages that arise in the MPLS mesh,” Pirrello adds. “There was also an added benefit of better compliance with the PCI DDS [Payment Card Industry Data Security Standard],” he says. “We could then run all our Internet traffic through a single highly secure next generation firewall and intrusion prevention system [IPS] at our core data center, rather than having to install separate traditional firewalls at all our branch offices.”

“This will also allow us to reduce our Internet footprint from 30 domestic sites down to three, resulting in significant cost savings,” Hayman adds. “This is much more bandwidth than we could ever get otherwise. And users will have all the bandwidth they need for any available data.”

Between the major Chicago and Atlanta locations, CareerBuilder has also added an even higher capacity — 1GB — and lower latency Layer 2 connection provided by AboveNet and FiberLight. “We’re using the high capacity and low latency to provide LAN-level speeds from Chicago to our core applications in Atlanta,” Pirrello says. “Our Chicago staff now gets the same application experience as Atlanta employees.”

This new connection also provides a wide pipe for online backup and disaster recovery. And it allows CareerBuilder to run backups at LAN speeds to Chicago and store them to disk there.

The company has also installed a redundant 2GB MPLS connection from AboveNet between two Chicago sales offices. “The two offices are right across the street from each other and one of the offices is like a branch office,” Pirrello says. “This upgrade gives them a redundant LAN-like connection and allows us to consolidate Internet and other services.”

This also allowed CareerBuilder to put in desktop virtualization with fast connections from terminals on the secondary site to servers in the main Chicago office. “There are more than 300 sales reps in these offices that spend almost all their time handling calls and using their virtual desktops,” he adds. “The units now perform better with desktop virtualization than the physical desktops used previously.”

In addition to helping CareerBuilder find and acquire a crosssection of high-bandwidth/low-latency connections and services, CDW has helped the firm designate a collocation provider and a site for a new London-based data center. ControlCircle will host the data center designed to provide a gateway to all of Europe as well as to a new Asia data center. “We’ve had very significant growth in the international market, including more than 100 percent growth in Europe,” Hayman notes. “We needed to have our application systems deployed in those markets. The new data centers provide us with better circuits and the types of maintenance windows we need, with room for continued growth in those markets.”

Finally, CareerBuilder recently connected its Bangalore, Karnataka, India and London data centers with an undersea cable from TATA Communications for increased capacity. “It was a surprisingly inexpensive investment,” says Pirrello. “And it provides a very high-speed connection for better redundancy.”

The Multiple Benefits of a Network Upgrade

Together the investments in redundant, high-speed, low-latency connections have enabled CareerBuilder to achieve an increasingly global reach without compromising on connectivity, communications, user experience and collaboration. 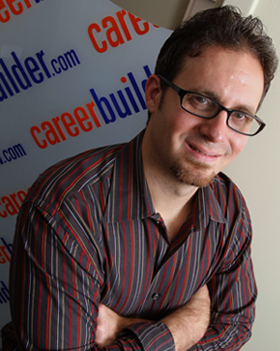 For example, CareerBuilder has been able to take advantage of video and web conferencing internally to get more “face time” with its widely dispersed remote staff. “Recently, we began deploying a solution that allows customer service reps to provide additional support via video calls with sales people in remote offices,” Pirrello says. “We also do a lot of internal video collaboration within the IT organization,” he adds. “It’s enabled us to make decisions much faster and become much more agile.”

“If we have a vendor onsite in Atlanta, we can use a video camera and a whiteboard to virtually bring other engineers into the meeting from Chicago or London,” Hayman notes. “We can also do code reviews and meetings with development teams in India, France and China and work together much more successfully on delivery.”

High-bandwidth connections have also allowed CareerBuilder to take advantage of robust infrastructure cloud services. This allows the enterprise to get new products up and running much faster than has ever been possible in the past. “We have a new service called Resume Builder that we deployed in the cloud using Savvis’s infrastructure as a service [IaaS] offerings,” Hayman reports. Resume Builder provides wizards and advice for new college graduates so they can create professional looking resumes. CareerBuilder has also been able to ramp up a new training center in the cloud.

“IaaS allows us to go to market with new services very fast with no capital expense,” he adds. “We can try out new ideas very quickly, see if they succeed and grow, and then decide whether to move them into our internal data centers.”

If the services are not successful, CareerBuilder can take them down quickly. The firm then only pays for the time the cloud infrastructure was used, rather than investing internally in new infrastructure.

High-performance connections have also helped CareerBuilder fulfill other goals, such as empowering the consumerization of IT and future projects like the bring your own device (BYOD) concept.

“Thanks to fast, easy communications, our sales reps and other users can pick and choose many of the technologies they want to work with, without any roadblocks in terms of bandwidth,” Hayman says.

With the help of robust telephony and connectivity solutions, CareerBuilder can continue to grow and expand. And it can meet the needs of the organization as well as the individual without compromising on communication, collaboration or data access.