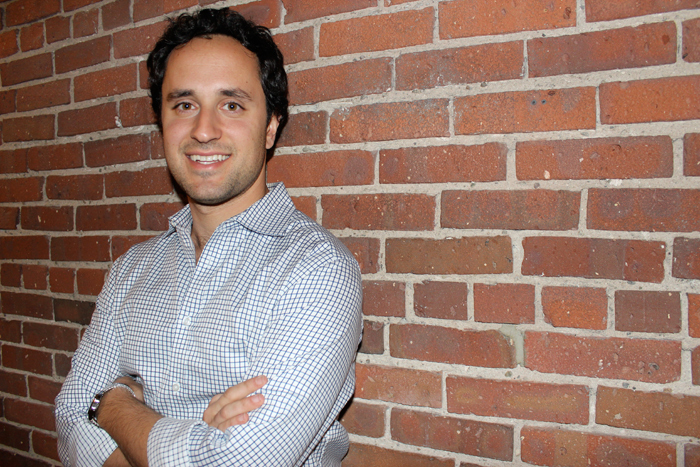 It seems like the daily deals promotions model has become big business overnight. How big exactly? According to some estimates, the daily deals industry generated nearly $3 billion in revenue last year.

The heavyweights in the space, Groupon and LivingSocial, have blasted their way into e-mail inboxes and social media, offering a big win-win proposition for both consumers and businesses. 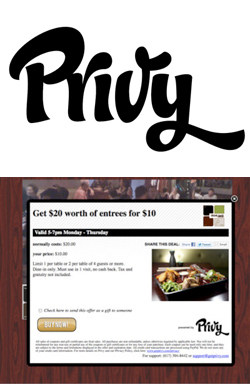 An example of a Privy promotion in action.

By teaming up in large groups to make purchases, consumers are offered products and services at stunning discounts, sometimes up to as much as 70 percent. Businesses, on the other hand, are afforded a cash windfall if their daily deal scores big with large enough groups of consumers.

But amid all of the success stories about the daily deals industry (Groupon went public late last year), grumbles about small businesses being trampled in the daily promotion stampede began to form.

Benjamin Jabbawy, a 26-year-old Boston entrepreneur, was listening. He saw an opportunity to help small businesses take charge of the growing group-buying promotions phenomenon. So late last year, he founded Privy, a business-first alternative to the daily deals promotions model.

“I was really curious to understand what was working and what wasn't working about daily deals,” Jabbawy says. “So I started talking to a bunch of these merchants and found out that daily deals are great for some businesses and not so great for others.”

Some of the complaints that small businesses have about offering daily deals are that, in order to work with bigger daily deal sites, they have to offer promotions at a steep discount, which doesn’t always cover their costs. Another complaint some businesses have is that the daily deals model provides a short burst of traffic, but doesn’t help to build a long-term relationship with customers.

Privy flips the model and puts the business in the driver’s seat. It lets businesses offer daily deals on their web sites or Facebook page at their own price and pace. Business owners set the terms of how much of a discount the deal will offer, how long it will last, and how it can be redeemed.

“I was trying to figure out if there was a way to let the business run promotions and still benefit from that sort of marketing initiative,” Jabbawy says. “I think we're quickly approaching a time where there's a large group of small businesses that actually are interested in managing this stuff on their own.”

So how does Privy make money? By charging a 15 percent transaction fee, which is lower than its larger competitors, who can charge up to 50 percent.

“When a merchant works with us, we power the transactions behind those promotions. We handle the credit card security so the merchants don't have to think about it,” Jabbawy says. “We're still trying to build a business, but if it isn’t working for our merchants, it's not working for us.”

Privy in Action: Cloud for Scale and Crowdsourced Recommendations

As a startup business running on $350,000 in angel funding, the Privy team needed a turnkey solution to support its operations. They turned to a cloud-based platform as a service, which enabled them to host their Ruby on Rails-based web application.

The solution actually serves the web application on Amazon’s servers, but as Jabbawy points out, going straight through Amazon’s public cloud would mean hiring a specialist just to manage that portion of the business.

“A lot of startups will use Amazon, but a lot of times that requires a specific operations developer to just maintain those servers,” Jabbawy says.

But Privy’s innovations don’t stop with cloud computing. The team is building its own deals recommendation engine for business owners. Coming up with effective campaigns is tough work, and for companies that may be short on staff or creativity, having promotions suggested to them could be a lifesaver.

“You select information about your business, like ‘I'm a quick-service restaurant’ or ‘I'm a salon.’ Then, you select your intent: Is this a loyalty promotion or is this an acquisitions promotion? Based on those selections, we'll use our database of promotions and historical data to suggest smart promotions,” Jabbawy says.

“If Mother's Day is coming up,” he continues, “we'll send an e-mail that says, ‘Hey, here are 5 great Mother's Day promotions that have worked for other businesses like yours.’ So you take some of that angst away from the small-business owner who is maybe struggling with what to do next.”

The promotions recommendation engine, which Jabbawy hopes to release to Privy customers shortly, will initially pull its data from the company’s customer base. But eventually, he anticipates the engine will grow more sophisticated as it acquires more data points.

In order to get his business off the ground, Jabbawy turned to Boston-based startup accelerator MassChallenge. The incubator helped the young entrepreneur line up the right resources to make his daily deals alternative a reality. 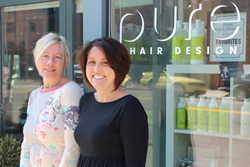 Startups in general are a big deal for the U.S. economy, as they create roughly 10 percent of new jobs each year. Initiatives like the federal government’s Startup America Partnership are also helping to increase interest.

In fact, startups — unburdened by bureaucracy and open to unconventional ideas — are often in a perfect position to help small businesses solve problems. Being up-and-comers also means startups are more willing to listen to their customers.

“The small business really appreciates when there are startup companies that try to address their problems. A lot of times when meeting with customers, listening can be more important than talking,” Jabbawy says. “So we really listened to a lot of merchants and tried to understand what was going on.”

After an initial tryout, Privy officially opened up to all businesses in April. The company currently counts about 100 businesses as customers, Jabbawy says. His goal is to reach 500 by the end of the year.

For businesses that want more bang for their buck in online advertising, Privy’s business-first promotion model might be the best ROI they can find.

“A click-thru rate for an ad banner is usually less than one percent. We're seeing between 10 and 15 percent of offer views convert,” Jabbawy says. “It's an awesome thing to see. It's because these promotions in a lot of cases satisfy that human intent.”