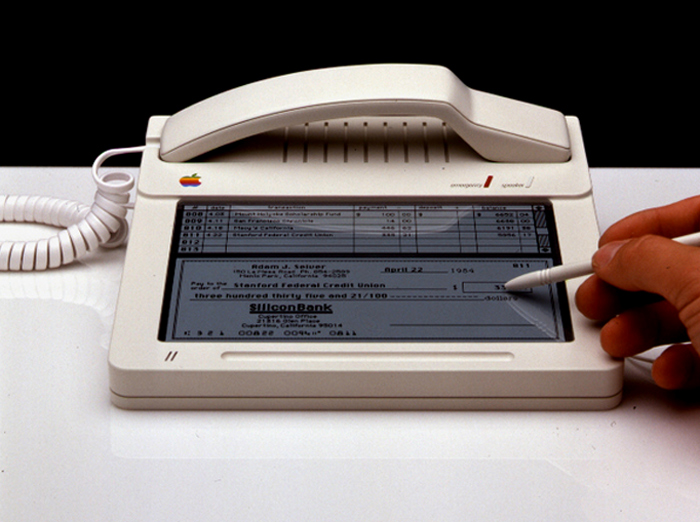 Timing, it would appear, sometimes gets in the way of progress for Apple. The company experienced failure with its personal digital assistant Newton in the early 1990s, only to find overwhelming success with the iPad in 2010.

And now, recently unearthed concept art by Hartmut Esslinger — whose design firm frog helped conceptualize many successful Apple products — proves this observation true again. It appears that Apple was dreaming of an iPhone way back in 1983 — meaning it took 24 years for the company to figure out the right timing for its flagship mobile device.

OSXDaily, an Apple-focused blog, shared the photos from the concept art from Esslinger’s 1983 iPhone, which were published in an article on fudder.de, a German news site.

The concept art for the ’83 iPhone actually looks like an iPad crossed with a car phone. It includes a stylus and shows off Apple’s vision for electronic banking, with a hand signing an electronic check.

So given that Apple first thought of the iPhone in 1980s and the iPad in the 1990s, its next breakthrough device has likely long been in the pipeline as well. The question is, how long will we have to wait to actually hold it?