Managing a variety of initiatives and assembling a mélange of IT systems in a way that maximizes benefits and ROI isn’t a simple task. But Bel-Art Products, a leading manufacturer of plastic and specialty products for laboratories, was able to develop a strategy and deploy the right technologies to achieve notable results.

By reducing the number of servers from 13 to three while implementing virtualization, the firm was able to improve its server utilization rate from about 30 percent to more than 60 percent, all while lowering its overall hardware, maintenance and utility expenses.

The virtualized environment has also made it easier to manage servers and ensure that applications and services run efficiently.

“With the VMware software, we can pretty much access any machine necessary, even when it’s off the network,” Dan Schofield, IT director for Bel-Art Products, points out. “We don’t have to constantly put out fires with our server infrastructure. This saves a significant amount of time from an IT standpoint, but the virtualization also saves time for our end users because everything runs a lot smoother and faster.” An added benefit, he says, is that Bel-Art uses less data center space and has lowered its power consumption and trimmed its utility bill.

Not surprisingly, the company had to overcome a few challenges along the way. Schofield says that Bel-Art had to work to get the memory in the new servers to function correctly, and spend some time connecting the EMC storage devices to the network and ensuring that they functioned properly.

However, “The overall process of installing new hardware and server virtualization software was relatively painless,” he says. “And the replication of data went incredibly smooth.”

Bel-Art Products has now set its sights on further upgrading the infrastructure and further boosting the ROI of the virtualization initiative and other systems. Schofield says that the organization is looking at implementing desktop virtualization (it already has about 150 seats procured).

Bel-Art is turning to cloud computing to use internal IT resources in a more flexible and cost-effective manner and expanding disaster recovery capabilities by adding new modules that will further streamline storage. The IT department is also considering upgrading the Citrix software so that it can ratchet up application virtualization capabilities.

The Future of IT at Bel-Arts

In addition, the company is studying mobility initiatives that will allow workers into its ERP system and use handheld devices and hand scanners for more sophisticated data entry. It has already begun to assemble mobile devices equipped with Windows and Citrix software.

“It’s something that we will likely roll out within the next year or two,” Schofield notes. “Mobile technology offers a significant opportunity for improving processes and further reducing costs.”

Schofield says Bel-Art has emerged as a more efficient and competitive company that’s better suited to deal with the trials and tribulations of today’s fast moving and constantly changing business environment. “Server virtualization and more efficient storage and disaster recovery have helped us build a better IT department and, ultimately, a better company.”

Bel-Art Products began conducting a review of its IT environment, with the help of CDW, in spring 2010. The analysis pointed in the direction of server virtualization, upgraded storage and more efficient uninterruptible power supply (UPS) systems.

Jeremy Vicedomini, corporate account manager at CDW, worked closely with the company’s IT staff to identify products and solutions that fit the company’s requirements and budget. This included a complete CDW server virtualization and power assessment.

Offering detailed analysis regarding utilization of the network, memory, server CPU, disk space and power, the assessments resulted in a solution tailored to the Bel-Art data center environment.

“The goal was to solve the basic problem of server sprawl, install higher performance servers, improve storage capacity and manage information from a central point rather than an end point,” Vicedomini explains.

The collaborative effort has paid significant dividends, says Dan Schofield, IT director for Bel-Art Products. “CDW worked with our IT staff to make sure that we were up to speed with technologies and trends, that we were choosing the right products at the right price points, and that we were assembling everything in the best possible way.”

The result is an IT infrastructure that’s powerful enough for today’s business requirements, but flexible and agile enough to grow and evolve over the next several years. 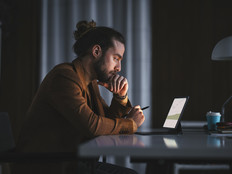