MENU
Log in
“We felt that looking into how we could improve network hardware before we made the move would be worth a little extra investment of our time and resources,” GBF’s Eric Warshawsky says.
Home»Management

Fourteen miles — from Greensboro to High Point, N.C. That’s how far GBF, a medical supplies packager, decided to move its front office and warehouse. Even with four months lead time, it wasn’t news that IT Manager Eric Warshawsky took lightly.

For Warshawsky, the relocation meant migrating a wired and a wireless network; moving servers, desktop and notebook computers; managing technology service providers; and making sure the company and its 50 employees experienced virtually zero downtime. Moreover, his two-person IT team had to accomplish the prep and relocation while overseeing and supporting current GBF systems operations.

“As moves go, this one was pretty straightforward — except that we were doubling the size of the building, which meant everyone would be spread out a lot farther,” he recalls of the move, which took place in November.

Moving is often one of life’s more stressful events. For a business, a move requires dismantling and then rebuilding the key components of the operation — and potentially disrupting sales, production and customer service. But company officials who have recently completed office relocations say the exercise doesn’t have to be unsettling. If the team plans methodically and keeps an eye out for opportunities to streamline and upgrade technology, a business can hit the ground running at the new site — with better IT performance and more efficient processes from the get-go.

What do you consider the most important steps to take to ensure a successful office relocation?

53% Identifying as many risks as possible before the move

30% Creating a migration team dedicated to the project

9% Finalizing contracts before the move begins

8% Installing equipment to measure latency before moving the data center

At GBF, Warshawsky took advantage of the move to overcome a few issues the company had been dealing with in its original location, including wireless dead zones within the manufacturing environment caused by poorly located nodes and a wired network that had been built with too many network switches between endpoints.

“Our network was never unstable, but things did happen that were unexplainable and that occasionally affected operations, so we would then have to take time to try and figure out whether those issues were ­network- or computer-related,” ­Warshawsky says. “We felt that looking into how we could improve network hardware before we made the move would be worth a little extra investment of our time and resources.”

Since the move, everything has been running smoothly, he says: “As far as the user is concerned, they really don’t know the difference. But I know it is a better, more reliable, better-performing network because I don’t have a half-dozen switches between two endpoints, and our employees can walk around the warehouse with handheld barcoding devices and laptops without worrying about not having a signal or losing it.” 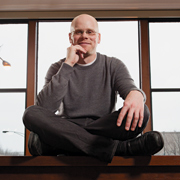 "Relying on outside expertise was critical because it helped us fill in the gaps in our knowledge and freed us up to do other things," Tawani Enterprises' Troy Perkins says.

For officials at Tawani Enterprises, relocation was all about beefing up the technology foundation of their operation. For the past two-plus years, this Chicago wealth management firm has been bringing its individual operations under one roof. The far-flung offices each support various components, including commercial real estate, portfolio management, video production and administrative support.

Fortunately, IT Manager Troy Perkins had plenty of lead time to determine the requirements, figure out how technologies and products could best support everyone’s needs, and procure and implement the most appropriate solutions — before he began planning the move. “This was a long-term project, so we did have time to put on paper what we wanted, talk to the vendors and design everything from the ground up,” Perkins says.

Because the team didn't have the knowledge to research and procure cutting-edge products, Perkins asked vendors to suggest designs for the new network and data center. “Relying on outside expertise was critical because it helped us fill in the gaps in our knowledge and freed us up to do other things,” he says. The final system features APC power and cooling systems for a dedicated server room, a full direct Internet connection with a Multiprotocol Label Switching backbone, a Cisco internal wired network and an 802.11n Cisco wireless network, and an integrated NetApp storage and network data solution.

A technology migration can be daunting for many small to midsize businesses because they often have tight operating budgets and very little cash reserves.

“Moving your technology is not just some mundane task of unplugging and plugging back in your machines,” says Chrystel Gelin, operations manager and partner with Panakos Partners. “Things do go wrong. It’s expensive and extremely time-consuming, and you have to somehow do it all without incurring a lot of system downtime.”

This past summer, the business development firm moved from Mission Valley, Calif., to downtown San Diego. The management team considered the move the perfect opportunity to upgrade from a slew of external drives on an iMac desktop computer to a standalone Apple server, Gelin says. But a couple of factors complicated the move: a limited budget and demands from unexpected new customers.

Gelin and her partners had planned the move to coincide with what was typically their slowest time of the year. Gelin says the best decisions she made were to hire an outside specialist to configure the new server and to pay for online storage, which ensured that personnel could access data and continue operations throughout the relocation process. The company also overlapped the end and start dates of their two leases, which provided a full month to incrementally migrate technology and personnel to the new space.

But the sudden jump in business threw the plan off, she says, and as a result, the company did not adequately test the new network and server in conjunction with the rest of its technology. “When we realized that the server was not running, we had to call somebody, and they couldn’t come out for five days,” Gelin says. “That was the biggest mistake we made.”

Even when businesses are proactive in planning for potential hiccups, they can run into unanticipated complications. That was certainly the case for the Darton Group, a specialized consulting firm in Charlotte, N.C., that provides its customers with accounting and finance professionals.

Co-owner Rochelle Rivas, who oversaw the technology migration, notes that although her company moved just four miles, she could not retain the same telecommunications carrier, and that nearly turned out to be a budget-buster.

Because of automatic renewal policies that had kicked in before the planned move, Darton ultimately paid more than $2,000 in service disconnection fees. “I was shocked at the costs,” Rivas says. She asked her web and data center hosting vendor to provide her with a project manager who could help her navigate the regulatory issues involved with changing service providers and making key technology enhancements, such as upgrading to a T1 fiber-optics line and Voice over IP.

“We had him come out and look at the site we wanted before we even signed the lease,” Rivas says. “I think doing that, knowing for sure whether the potential building and its infrastructure could support what we needed to be able to do to run and grow our business, saved us a lot of headaches.” 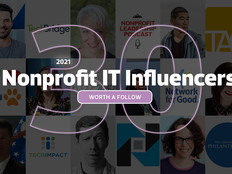