Capacity planning is a major initial consideration for a virtualization project. It is also something IT departments have to continuously refine. Here are some tips to set you down the right path.

Tip 1: Do a complete inventory of your servers. The first step is to know what servers you have, what is running on them, what virtual machines already exist and where they are. Once you have that information you can start figuring out how to arrange your systems.

And it’s not just the hardware and networking that must be considered in the planning stage — now is the time to set basic policies as well. This is especially true when it comes to creating virtual machines.

Before your virtual data center goes live, you should have server creation policies in place. A typical policy will limit who can create new virtual machines. That process should include documenting the new VMs in a central inventory.

Tip 2: Have realistic expectations. Manufacturers often talk in terms of virtual-server-to-physical-server ratios of 80-to-1 and even 100-to-1. While that’s possible in a development environment where the virtual machines are small and don’t drain resources, it’s unrealistic to expect that kind of ratio in a production setting in the data center.

Surveys have shown that most data centers have virtual-to-physical ratios ranging from 6-to-1 up to 20-to-1. But that still represents a considerable savings in hardware and space in the data center. While your actual server ratios will emerge as you do your detail planning, for rough calculations, you should use ratios in this range.

Tip 3: Use available tools. While it is theoretically possible to manage a virtualized data center with tools that don’t support virtualization, it’s difficult, time consuming and the results aren’t very good.

Fortunately, manufacturers such as VMware and Microsoft include inventory and basic capacity planning (figuring out which VMs you can fit onto which physical servers), and many manufacturers include advanced features such as trend analysis and the ability to construct “what if” scenarios.

Tip 4: Keep a close eye on your servers. Constant monitoring, especially of physical servers, is the key to success in a virtualized data center. You have to track the performance of each VM, as well as the performance of the underlying physical machines. It's important to use trend analysis on the physical machines so you don’t run out of physical resources. Remember, a sluggish physical server affects all the virtualized applications running on that box.

Tip 5: Leave some extra space on the physical servers. Finally, it’s important to leave some headroom on your physical servers rather than load them all up to the maximum. There are two reasons for this. First, room should be reserved for expansion as applications grow. This is especially important with a database, for instance, which has the potential to grow very quickly.

Second, one of the major advantages of virtualization is the ability to move VMs if needed from one server to another in a matter of minutes — to relieve congestion on a heavily loaded server, for instance, or in the event of a looming equipment failure. If all your physical machines are loaded up, you lose that ability to quickly shift VMs. 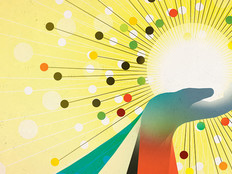