More businesses today are employing virtualization to help them save money by making more efficient use of hardware. One way they can do this is by consolidating underutilized servers onto Hyper-V hosts. Then, instead of having a dozen servers with average processor utilization of about 20 to 30 percent, they can have one or two high-end Hyper-V machines hosting the server workloads as virtual machines.

Server workloads are rarely constant in the real world, and reserving 8MB of RAM for each virtual machine is often overkill. But because Hyper-V requires a fixed amount of RAM to be assigned to each virtual machine, most administrators play it safe by allocating each virtual machine more RAM than it may actually need. Such static assignment of RAM leads to the same type of inefficiency that server consolidation is meant to address — the underutilization of physical hardware resources.

To address this problem, Microsoft is introducing a new feature called Dynamic Memory in Service Pack 1 for Windows Server 2008 R2. Dynamic Memory lets the amount of memory assigned to each virtual machine on a Hyper-V host to be dynamically allocated in real time in response to the changing workload requirements of the virtual machine. The result is more efficient use of the physical memory resource on the host, thereby making possible greater consolidation ratios (more virtual machines per host).

Let's see how Dynamic Memory allows us to overcome this limitation once the host has been upgraded to Hyper-V R2 SP1.

Preparing to Use Dynamic Memory 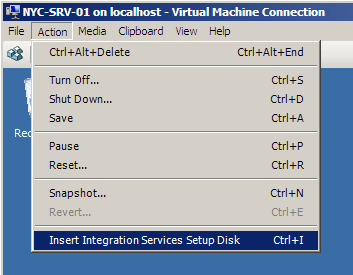 Figure 2: Upgrading the integration services for a virtual machine

After you select Install Hyper-V Integration Services, you'll be notified that a previous version of Hyper-V integration services has been detected, and you will be prompted to upgrade to the newer version. Once the integration services have been upgraded, you'll need to restart the virtual machine for the changes to take effect. 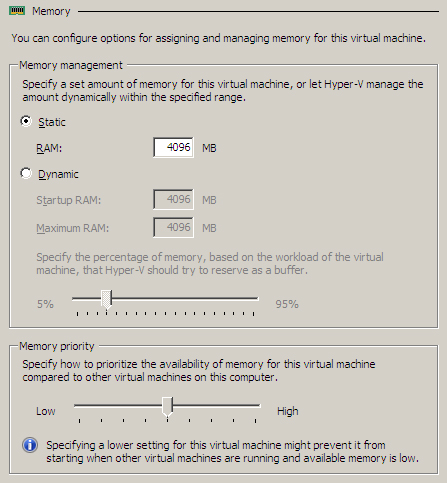 Figure 3: A virtual machine with 4GB of RAM assigned in a static configuration

To enable Dynamic Memory for the virtual machine, select the Dynamic option, as shown in Figure 4. Then specify values for the following four parameters: 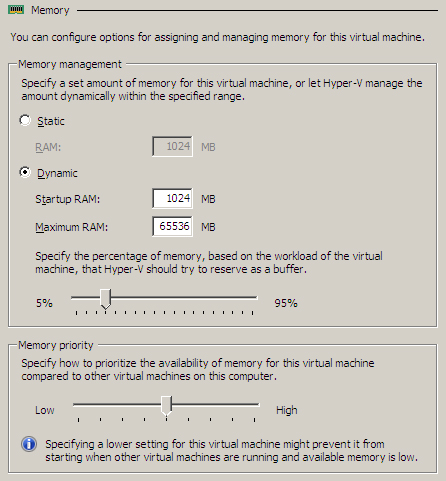 Figure 4: Enabling and configuring Dynamic Memory on a virtual machine

Figure 6: Dynamic Memory allows a greater number of server workloads to be consolidated on a host

Note that Virtual Machine 1 is using more RAM than the other virtual machines because it has the highest memory buffer allocation and highest memory priority. In fact, under load its memory usage has dynamically grown from 1GB at boot time to almost 6GB. Meanwhile, the total RAM utilized by all virtual machines on the host is almost 11GB, leaving just enough for the requirements of the host itself. This demonstrates how the new Dynamic Memory feature of Windows Server 2008 R2 SP1 is able to grow and shrink the RAM allocated to each virtual machine in response to changes in workload while efficiently using as much RAM as possible on the host.

Dynamic Memory is going to help businesses save money by achieving even higher server consolidation ratios on Hyper-V hosts. To try out Dynamic Memory today, download the free beta of Service Pack 1 for Windows Server 2008 R2 from Microsoft’s TechNet Evaluation Center. For additional technical details concerning how Dynamic Memory works and how to configure it, check out the white paper Implementing and Configuring Dynamic Memory, available from the Microsoft Download Center.

Mitch Tulloch is a Microsoft Most Valuable Professional and lead author of the Windows 7 Resource Kit from Microsoft Press.
textfield