Get the inside story on 38 Studios

Competing at the highest level and winning are familiar experiences for Boston Red Sox pitcher Curt Schilling. In 2006, the three-time World Series champion took that experience and applied it to his long-time interest in video gaming when he founded 38 Studios, a video game development company located in Maynard, Mass.

For Schilling, many of the same concepts he applied to professional sports are now helping him grow his business. “I think the number-one key at the end of the day is that you have to have an unbridled passion for whatever it is you’re going to do.”

BizTech Editorial Program Manager Ryan Petersen spoke with Schilling about his activities outside of baseball, his transition into the business world and whether a large budget is enough to achieve success.

BizTech: How did you get the idea for the company?

Schilling: We started 38 Studios about two and a half or three years ago, but the genesis of the idea is 20 years old. One of the first computer games that I played I really loved, and it got me hooked on computer gaming.

But probably about 10 years ago, I started playing MMOGs [massively multiplayer online games] and really loved it. I then developed a relationship with Sony Online Entertainment around its "EverQuest" title. I got to know people in the industry, got to know the industry a little bit, and became fascinated with it. And about three years ago I acted on it. Fortunately, I’m in a place not a lot of people are in and had the financial wherewithal to act on it.

BizTech: What advice do you have for people starting their own business?

Schilling: I look at this business the same way I looked at my professional baseball career. I want to be the best in the world.

I think it’s what you do away from the prying eyes and what you do “outside the lines” that is what separates you from the rest of the world. And it’s why I know at the end of this run, 38 Studios will be a multibillion-dollar franchise and a worldwide leader.

BizTech: Obviously you have a great passion for technology. Can you rate yourself on a scale of 1 to 5 — with 1 being “I still use a slide rule” and 5 being “a total technology geek” — in terms of your personal technology use?

Schilling: I’m a 5 because I interact with the Internet probably as much as anything I do in life. I had a notebook long before computers were in vogue in the big leagues. I always felt like I was ahead of the curve in the technology sense. I certainly am not a coder or an engineer by any stretch, but I think, technically speaking, I’m gadgeted up.

BizTech: During tough economic times, what do you and your IT staff do to get the most out of your investments?

Schilling: The big thing for us right now is we’re privately and personally funded. I had a budget when this started, and once I brought in the head honcho, Brett Close, who has an engineering background and an incredibly lengthy resume, the first thing he did was take the budget and make it realistic.

I view the technology you put in your studio and the equipment that you give your people to work with as investments. We spare no expense when it comes to making sure that, technically, the people in this company have every advantage they could possibly have. And that starts with IT and goes all the way through to design.

BizTech: Looking back, what do you think is the company’s best IT investment?

Schilling: Brandon Franks, the director of IT. Number one, Brandon is just an incredible human being. But more important from an IT standpoint, he understands that spending money is every bit as relevant to people in IT as it is to our artists and our coders. So to me, there will never be anything that will touch the importance of that investment, that personal investment in the person that’s going to actually run that department for you.

BizTech: What do you think has been your company’s biggest IT mistake?

Schilling: I don’t think we’ve had a significant one yet. I think we have really done our due diligence. We don’t do anything hastily. And I’m sure we’ve made some mistakes here and there. But I would argue that we haven’t done anything that’s affected the bottom line to any degree that would be painful — thankfully.

BizTech: How important do you think team chemistry is, and do you think success can be achieved with talent alone?

Schilling: I think it’s absolutely one of the most crucial pieces, and no, I don’t think you can win with talent alone. I absolutely don’t believe it’s possible.

Using a sports analogy, I would argue that the 2004 Yankees were supposedly the best team money could buy. They had All-Stars at every position. But we won the World Series that year because we were a better team.

When I went to spring training with the teams that made it to the World Series, those first couple of weeks, you knew something was different, something was unique and special. It’s the reason I’m so excited about what we’re doing here because I have that same feeling. There is a uniqueness to this; there’s a specialness that being a part of this company is different and it matters. Being a part of this family and wearing the 38 Studios logo is vastly different than anything any of these people have ever known.

BizTech: What’s the significance of the number 38?

Schilling: I was number 19 my whole life, for the most part, and when I went to Houston I had 19. Then when I got traded and 19 was taken on the Phillies, I figured I need to be twice as good as I’ve ever been, so I went with 38, and that just kind of stuck.

BizTech: How has baseball has prepared you for business?

Schilling: The carryover is immense. Everything that I’ve learned in 22 years of participating professionally — and really, since I started team sports — applies. One lesson I learned very early was that when you look at this industry, you realize that “team building” exercises are Hawaiian-shirt Fridays. I realized that: (a) no one really got the whole team thing very well, and (b) those who do get it just don’t translate it very well to their employees. And that to me was the key piece. It was making sure these people understood they’ll never work for someone that cares more about them than I do.

BizTech: What is more difficult, starting a business or preparing for a 162-game season?

Schilling: I don’t think that there’s a difficulty in either of those things. I think the better question for me would be: What would be more difficult, winning a world championship or creating a multibillion-dollar company? And I would argue that they each have their own degrees of toughness, but I don’t look at either one as undoable. I think it goes back to your desire and your passion and your people. The three times that I’ve been on a team that won a World Series, there were similarities among those teams that exist in this company.

BizTech: What got you interested in starting a blog?

Schilling: Probably the amount of time I spent in the big leagues dealing with the media. And being able to read the sports page with a different perspective, and understanding that what I was reading was often not what I said.

BizTech: What advice do you have to others interested in blogging?

Schilling: It depends on what you’re after, what your objective is. My objective was to have a place to communicate openly and freely about topics I like to talk about. And if you look at my blog, you’ll see that I was breaking down my starts game by game, which fans in Boston just loved.

BizTech: What was your first computer?

Schilling: My first computer was an Apple. In 1980 or ’81, my friend’s father bought the first Apple I’d ever seen. And I had a paper route at that time and I ended up saving for a couple summers to buy my own.

BizTech: To this point in your career, what would you say is your most memorable baseball moment?

Schilling: Probably watching Luis Gonzalez’s ball landing in short left center field during game 7 [of the 2001 World Series]. That would tie with watching Keith Foulke field the ground ball for the final out of game 4 [of the 2004 World Series]. 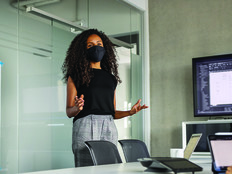 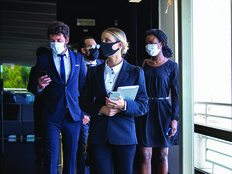