In 1993, Laurel Touby invited some New York City writers and editors to a Lower East Side bar for after-work drinks. Her media gathering was such a hit that similar bashes soon followed, the number of attendees multiplied and soon she had herself a business: Mediabistro.com.

Today, Mediabistro.com has more than 400,000 members. But to continue to draw and keep members, the company must continue to offer new products and services, such as courses, workshops and job bulletins, says Omer Algar, Mediabistro's chief technology officer and chief operating officer. To do so, Algar says he keeps his eye on technologies on the horizon. Right now, he's sampling several online-hosted customer relationship management (CRM) services. "It's becoming a lot easier for small companies like ours to try things out," Algar says. Unlike traditional CRM offerings, which require a lot of prepurchase testing and planning followed by lengthy and complex implementation, the new online CRM applications are priced by volume.

So Algar can buy the technology and see how it works. "If it pays off on a small scale, we can buy something on a bigger scale," he says. "If not, we don't have to waste our money."

As 2006 nears, small businesses are making room in their budgets for information technology tools already in use at big corporations but only now becoming practical and accessible for small companies.

Two trends in particular will give small companies more access to high-end technologies, says Sanjeev Aggarwal, a senior analyst with the small and medium business strategies group for the Yankee Group of Boston.

First, Aggarwal points to the emergence of the software-as-a-service business model, in which applications previously sold only as expensive, enterprisewide implementations are now available as services delivered over the Internet. Already, some 10 percent of small businesses and 15 percent of medium businesses are using software-as-services packages, according to Access Markets International (AMI) Partners, a research company in New York. However, the market researcher predicts that another 15 percent and 18 percent, respectively, will implement such services next year. Growing Internet use, plus increasingly pervasive high-speed access, is helping to spawn a 40-percent compound annual growth rate for these services, it notes.

Second, Aggarwal cites the consolidation by large software companies of several standalone apps into packages. For instance, in the last six months many security software makers have introduced unified threat management suites that combine antivirus, antispam, firewall and other security products into one product.

Small businesses are also beginning to invest in tools that can take them from the preliminary stages of electronic commerce––such as Web site design—to the more sophisticated stages of online marketing and e-commerce management, Aggarwal says. For instance, Yankee Group research finds that businesses are investing in tools to analyze the browsing and shopping patterns of visitors to their sites and market additional products to them. They're also turning to Web marketing tools to help them promote their sites.

As a company prepares its IT strategy for 2006, here are 10 hot technologies and trends it should consider.

When it comes to IT security tools, small companies typically have bought products piecemeal—a firewall here, an antivirus program there, says Valerie Perlowitz, chairwoman of the Small Business Subcommittee for the Information Technology Association of America in Arlington, Va. This means a lot of overhead for IT managers, who must buy and install the individual applications and make them work together, Perlowitz says. And she should know, because she is the president and CEO of Reliable Integration Services, a 75-employee managed network services company in Vienna, Va.

But in the past year, security product vendors have figured out that it makes sense to bundle their wares. These packages typically include firewall, intrusion detection and prevention, antivirus, antispyware, and spam- and content-filtering software.

Small companies want such comprehensive security systems because they are becoming overwhelmed by increasingly complex infrastructures, Perlowitz says. The apps bundles simplify the overall security infrastructure and make it easier to keep up with software updates and patches, she adds.

Although small companies have adopted VoIP, its use and acceptance will continue to grow, according to studies by AMI-Partners. The researchers estimate that 42 percent of small companies will use or transition to some form of IP telephony in 2006.

Driving this shift to IP are the dramatically lower costs of VoIP compared to land line communications and the fact that the technology offers features that are unavailable or pricey on traditional phone services, such as three-digit dialing among offices, unique voicemail boxes and call forwarding.

White House Custom Colour, a 60-employee photo printing company in St. Paul, Minn., is realizing big savings since upgrading its phone system to VoIP at a new satellite office. It would have cost a fortune to run copper from the main building to the new building, IT Director Chris Hanline explains.

Tedesco, CEO of Architech, a 30-person software consulting business in Reston, Va. "You recoup the costs pretty quickly, and the technology is becoming much more stable. I'm not sure I would have trusted it two years ago, but now I think it's viable and reliable."

High price tags have kept all but the big companies from using CRM tools to help them organize, manage and analyze customer interactions. Now, affordable managed software services hosted online let small businesses try the tools without having to gamble on a big investment in hardware and software.

According to AMI-Partners, the percent of small businesses that plan to deploy CRM jumped from 4 percent in 2004 to 23 percent in 2005. CRM apps can store customer information and history. A company can use the tools to analyze and sort the information, pulling lists of customers who need attention or who are likely to buy additional products.

For many corporate executives, life is divided into BB and AB: Before BlackBerry and After BlackBerry. But these valuable personal digital assistants are often still too expensive for some small businesses. Recently, however, vendors have started offering cost-effective wireless e-mail applications for low-cost PDAs and smart phones.

Photo: Tony Baker
"As much as they travel, carrying a laptop was really getting old," says Mike Olin, Publishing Group of America's network administrator.

The Publishing Group of America bought its first PDAs in February, but the default e-mail program was clunky, says Mike Olin, network administrator for the 40-person publishing company in Franklin, Tenn. This summer, Olin added a third-party messaging software. He says the e-mail app integrates seamlessly with the company's Microsoft Exchange server. Given the success of the new messaging app, Olin plans to add another five PDAs to the 15 he has now.

When staff members are on the road, they can use their PDAs to check e-mail, read Web traffic reports and pull up Microsoft Excel or Adobe Acrobat files. "As much as they travel, carrying a laptop was really getting old," Olin says.

Most small businesses have at least a rudimentary Web site. Next year they're likely to invest in ways to draw more customers to those sites, Aggarwal says. Already, some 30 percent of small companies use some form of Web analytics tools, according to Yankee Group.

Tools are on the horizon to improve the site activity monitoring that will help companies learn who is visiting their Web sites and what they are doing while there. Plus, outbound communications such as newsletters and targeted ads, e-mail and offers "seem to be getting a lot of play from small businesses," Architech's Tedesco says.

Tools such as Microsoft BizCentral can help businesses effectively e-mail their customers. In addition, many site-hosting companies are offering new analysis services.

"These companies help you take your Web site to the next level," Aggarwal says. "They're almost becoming your outsourced marketing department."

Companies also are adding more sophisticated functions to their Web sites. Mediabistro.com, for instance, recently started offering online classes with streaming audio and video. These services help the company reach audiences that are outside the big cities where Mediabistro.com offers classes, Algar says. "That's going to be the bulk of our investment going into the new year."

The site includes several blogs to get content from a wide range of voices. Algar is also adding functions to let members customize the content they receive from Mediabistro.com and even how they receive it.

Publishing Group of America, which has offices in four locations, has installed point-to-point T1 service between two of its offices. The 1.5-megabit-per-second transmission rates make it fast for remote users to connect to networks, and the T1 connections boost security because they can only be accessed at the end points, Olin says.

White House Custom Colour has gone even further, upgrading to a metropolitan optical Ethernet line, which creates a high-speed, low-cost local area network between two locations in a metropolitan area. While metro-optical has been available in urban areas for a few years, it's just now spreading to suburbs and outlying areas, company co-owner Mike Hanline says.

Mediabistro.com has been using business analytic tools, including data-mining software, to better understand its members, Algar says. But he thinks his company and other small businesses should be constantly investing in and upgrading these tools.

Data-mining apps can aggregate and analyze customer interactions from the time someone is introduced to the company, Algar says. What do they do on the Internet? What events have they attended? That information can help a company analyze patterns and plan new offerings based on likely demand, he says.

Instead of having servers with large footprints sucking up valuable office real estate, many small- and medium-sized businesses are turning to blade servers, according to Yankee Group research. Blade servers are smaller and less expensive than typical desk-side and rack-mount servers, and several can be clustered together. "It's the natural progression of things," Aggarwal says.

Blade servers will likely fuel server consolidation efforts at many small- and medium-sized businesses, he adds. A chief reason? These little servers can load-balance easily and share data efficiently.

Coming full circle, the security threats—whether they are natural disasters or malicious attacks—that generate demand for the security tools at the top of this list have made data protection and backup mission-critical applications for businesses of all sizes.

Vendors such as IBM of Armonk, N.Y., and EMC of Hopkinton, Mass., have come out recently with data backup packages priced well within the range of most small businesses' budgets, Aggarwal says. They bundle disk- and software-based backup storage solutions that are both inexpensive and efficient so small businesses can protect what's most critical to their survival: their data.

When is the time ripe for a small company to adopt a new technology? Here's how to tell if a technology is right for you:

Don't buy it just because the IT team says you need it, advises Larry Bridges, owner and CEO of Red Car, a Santa Monica, Calif., production company. Talk to your employees and ask whether they need and would use the new technology.
Don't be a trendsetter. Let the big companies be the guinea pigs. Over time, the most useful and cost-effective technologies prove themselves and drop in price. That's when small businesses should adopt them.
Ask your CFO to run the numbers and calculate the true cost. What's the price of the technology and all costs related to implementing it? For instance, is it compatible with your existing infrastructure or will you need to upgrade? How many staff hours will likely be spent on implementation and training? Who will maintain the technology and what will upgrades cost? How much should you allow for cost overruns?
Compare true cost against likely return. What are the likely efficiency gains? Will the technology automate processes that currently take up staff time? Will the product result in higher customer satisfaction and, in turn, retention? Will customers buy more because of the technology?
Per Breiehagen 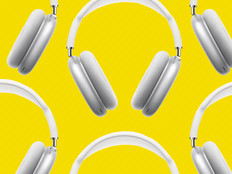