Technology providers work hard to make their products accessible to people living with disabilities, and there’s a whole industry of companies developing ways to extend those capabilities further. A recent big breakthrough in accessibility is getting noticed.

Synchron, a New York-based research company working on brain implants, revealed that it had successfully developed a way for people to control iPhones and other Apple products using only their brains.

Reed Albergotti, a technology editor for the news site Semafor, was first to report on the breakthrough, saying he exchanged text messages with Rodney Gorham, a retired software salesman in Australia. “I had asked Gorham, who suffers from the debilitating disease ALS, how he was doing,” Albergotti reported. “‘Great,’ he wrote on an iPad, using a device surgically implanted in his brain at Royal Melbourne Hospital.” 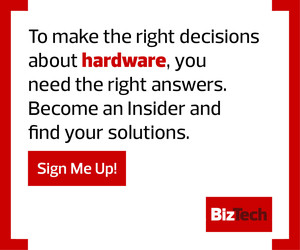 Here’s how it works: Patients have an array of sensors, called a Stentrode, implanted in their brains. The Stentrode is controlled wirelessly with a device on the patient’s chest called a Synchron Switch.

One of six patients using the device, Gorham is the first to use it to interact with an Apple product.

Tom Oxley, Synchron’s CEO, told Albergotti that the company is excited about the ability to use the Switch with Apple products because they’re so pervasive.

Synchron is the “first company to gain approval from the U.S. Food and Drug Administration to run clinical trials on a computer-brain implant,” Albergotti noted, adding: “In essence, if the FDA approves the device for widespread use, Oxley believes computer-brain implants his company makes could become ubiquitous among people with disabilities.”