To understand the power and promise of network intelligence, consider a story about how a San Francisco startup company's office lights went out because of a storm on the other side of the country.

The startup was ThousandEyes, and in the building where its then five-person team worked, the lights were turned off automatically each night at 7 p.m. When employees were still working, which was nightly, someone would have to call a number and ask that the lights be turned back on.

"My cofounder decided to use Twilio [a communications platform that enables automated voice and text messages] to write a script to automate the call at 6:59 p.m. so that the lights would stay on and we could keep working," said Mohit Lad, ThousandEyes' cofounder. Lad was peaking in Las Vegas during a session with the press at Cisco Live, the company’s annual conference for customers, analysts, journalists and others. "And this worked well until five days later, when the lights went out again. Any normal person would have called the number and had them turned back on, but we stayed in the dark and investigated what had gone wrong with the script." 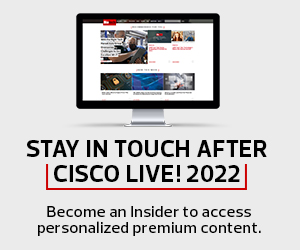 Turns out, nothing was wrong with the script. The problem was caused by a storm on the East Coast that knocked a data center hosting Twilio temporarily offline. The automated call didn’t go through.

"Think about that," Lad said. "Our lights went out in San Francisco because there was an outage in an East Coast data center. That was a clarifying moment for us in terms of how interconnected the world is becoming."

More than that, it was also a proof of concept for ThousandEyes, a network monitoring tool that gives companies deep insights into network performance by monitoring traffic not only on their networks but also throughout the internet. ThousandEyes also provides predictive intelligence about problems likely to occur in the near future and suggests remediations companies can make proactively.

In 2020, Cisco bought ThousandEyes, and today is making it the hub of its strategy for what it calls "predictive networking."

Stay updated on the latest updates and insights from BizTech. 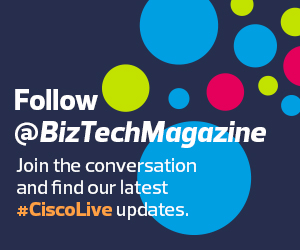 At Cisco Live, the company announced that ThousandEyes WAN Insights would soon be available to its software-defined WAN customers, describing it as the "first pivotal step toward delivering on the Cisco Predictive Networks vision."

WAN Insights will "proactively alert IT teams to issues before they happen and harm user experience, offering policy recommendations and path optimization guidance," Cisco said in its announcement.

Todd Nightingale, Cisco's executive vice president and general manager of enterprise networking and cloud, said he was "blown away" by the interest in the ThousandEyes’ solution, noting he was unable to squeeze into its booth during demonstrations.

"I think there’s a real demand for being able to apply any kind of artificial intelligence to how we think about networking," he said. "For years we’ve been working on different types of AI to analyze what’s happening in networks. And for the past couple of years we’ve been trying to take the next step and look at predictive intelligence that doesn’t just analyze something that went wrong, but actually tries to predict what might go wrong in the future."

The WAN Insights offering is the first of what is likely to be a fairly rapid succession of predictive intelligence rollouts by Cisco as it seeks to help companies design and build better networks and avoid outages more consistently.

"It's become very clear to us that ThousandEyes is going to be the network intelligence platform across all of Cisco’s products, and you’re starting to see that more and more," Nightingale said.