With innovative technology springing out of venture-funded startups and making its way into monolithic industries like banking and healthcare, it was only a matter of time until tech-driven disruption came for the insurance industry. Emerging InsurTech companies have now made themselves comfortably at home, leaving legacy carriers to decide how to approach the newcomers: resist, adapt or integrate?

Let’s examine what InsurTech companies can do for the industry, how legacy carriers can evaluate them, and what the future of insurance will look like.

What InsurTech Will Bring to the Industry

InsurTech companies are making full use of many of the technologies — artificial intelligence, blockchain, drones, telematics and more — that are already disrupting a variety of other industries. Several of those technologies will see novel implementations in insurance, such as using blockchain to create smart contracts for cargo ships, or sensor drones helping to determine parametric insurance for farms based on rainfall analysis.

However, the most impactful will be technologies like telemetrics and AI, due to their ability to process the large amounts of data to which legacy carriers have access. 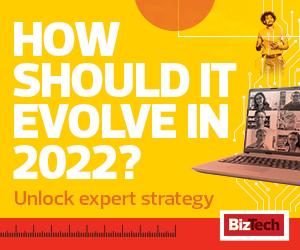 “Some of the InsurTech capabilities that keep emerging allow you to take a combination of third-party data, as well as the data that you have inside, to generate true insights that make their way into business and underwriting decision workflow,” says Ed Majkowski, Americas insurance sector and consulting leader for EY. “These are the advancements that we think are going to move the needle in the future.”

Due to the potentially disruptive nature of InsurTech, legacy insurers have had to play close attention to them, says Majkowski: “Most of the big carriers are laser-focused on this.”

That’s been partly because of the risk of competition as some InsurTechs become insurance companies in their own right, but also because most legacy carriers have found they need to respond to InsurTech in three ways. “The carriers are looking across the board at buy, build and partner strategies,” says Majkowski. “There are different strategies for monitoring what’s going on in the market. Some just buy a small stake, watch it and learn from the management teams. Others just outright invest in it. Others are building and expanding their own innovation capabilities and labs.”

The critical decision around which option to pursue requires a sound evaluation strategy, even if that may involve some growing pains.

“The people running insurance companies aren’t technologists, so it’s sometimes a little hard for them to figure out where to allocate the funds to do something,” says Paul Carroll, editor in chief of Insurance Thought Leadership.

MORE FOR FINANCIAL SERVICES: The tech trends that will transform the industry in 2022.

What’s needed is a discerning eye capable of distinguishing hype from legitimate potential and the patience to see that potential realized. “We are in a of phase where there are still a lot of early adopters,” says Carroll. That complicates matters, because it’s not easy to quantify the potential success of in-the-works or theoretical technology: “You’re basically saying, ‘This is an interesting problem, and we have some technology that’s going to help us learn something about it. And let’s just turn it on and see what happens.’ Sometimes you're going to have huge wins. Sometimes you won’t.”

The Path Ahead for the Insurance Industry

When it comes to the future of how legacy carriers will approach InsurTech, Carroll believes three options will become two. “I think that the industry is going to move much more toward buy or partner, and be less focused on build,” he says. That decision can spare the high costs, uncertain results and uphill climb of internal development of InsurTech.

Still, as much as individual InsurTech companies should be treated with caution regarding the surrounding hype, InsurTech as a whole should be too. “The idea that InsurTech is going to completely rewrite the rules of the industry is probably wrong,” he says. Nonetheless, he adds, “You can see the sort of progress that people are making through digitalization,” and that’s still very much worth being excited about. 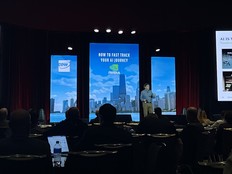