Software proliferates. It grows out of control, with applications seemingly appearing out of nowhere. Old applications often don’t run well, or at all, on modern operating systems. And even when they do, the skill needed to operate and support them tends to decline over time.

A case in point: When Microsoft released Windows Vista in 2006, the company seemed pretty pleased that 80 percent of existing applications would run on it. It seemed unconcerned that 1 in 5 would not. But many organizations saw things differently, and responded by running old Windows systems alongside Vista to support what were thought to be mission-critical applications that weren’t compatible with the new OS.

For a small or medium-sized business, that could be disastrous. While employees may believe that every ­application should be maintained to keep a business running, that is rarely the case. I strongly advise taking steps to sort out software clutter, in order to provide a more suitable platform for the future.

But how? Many organizations do not have an inventory of their software — or if they do, it exists only on an Excel spreadsheet somewhere. Let’s get started on a better plan of attack.

Start by creating a complete, living inventory of what software is used across the entire organization. For a small company with a few dozen PCs running Windows, that may be relatively simple to do: Someone can sit down at each PC and use the functions within Windows to create a list of known installed software.

Note the word “known”: Rather than being installed via the OS, some old software applications may just be sitting on top of Windows without any sign of their existence within the registry or the Windows lists. And employees increasingly use cloud-based applications in addition to installed software, so be sure to identify those apps as well.

Where that is the case, and for organizations with too many PCs and client/server applications, it would be worth investing in technology that can scan the entire network and list all applications in use. That is where IT Asset Management tools come in, and there are many to choose from.

3 Questions to Help Decide Which Software Is Worth Keeping

Once an inventory has been created, work on rationalizing and updating it. Ask three questions about each piece of software in your environment:

1. Is the application still working and doing what the business needs, and will it continue to work under a modern OS such as Windows 10?

If yes, great; the software can be deemed as fit-for-purpose. Just ensure it can be supported (preferably by the original vendor, or at least by existing staff or a suitable outsourced resource) and carry on.

2. Is the business struggling to maintain the level of functionality required, or is it dependent on an old version of Windows to support a business-critical application? If either of these is the case, first see if there is newer software available to replace the existing application.

Typically, that is possible — whether through a cloud-based system or by installing new software on-premises. Of course, when you change a business-critical application, you must import old data and train your staff on the new tool. While transitions can be difficult, the effort should soon pay for itself. If all else fails and the existing application must be run but needs a specific operating system, use virtualization software, such as Oracle VirtualBox. That ensures the OS and application are abstracted above a more modern and secure physical operating system.

3. Is the application holding the business back due to a lack of functionality, or is it so dependent on a specific OS or hardware configuration that its use presents a security issue?

Remember that older versions of Windows are generally pretty nonsecure now. Layering on third-party systems to enhance security is both dangerous and expensive. If an application has become a constraint to the business, it must be replaced. Find a replacement and use it, as quickly as possible.

Through a reasonably simple approach to software asset management, any organization can rationalize its inventory and create a more solid foundation that supports the business, while also saving money on licenses and support and enabling a fully standardized OS strategy. 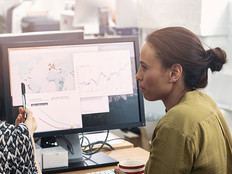 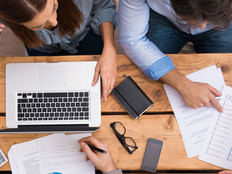 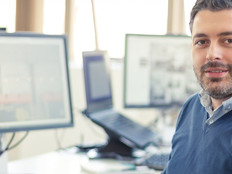