William “Billy” Brown, information security officer at Engaging Solutions, a management consulting firm, appreciates the Internet of Things because it allows him to avoid having to drive to the office in the middle of the night.

The company uses IoT sensors in its on-premises data center to detect light, sound and temperature then send notifications to Brown’s PC and smartphone so he can determine if they warrant more attention.

Brown, speaking to reporters along with other IT professionals about emerging technologies at the SpiceWorld 2017 conference in Austin, Texas, said IoT is a highly beneficial technology.

“They have definitely helped us and the way that we do business,” he said of the IoT sensors, “because it makes us a lot more efficient. Instead of me having to wake up at 2 in the morning to go down and check the server room because the air conditioner broke in there, I can just check a monitor and make sure the temperature is still under 65 degrees. So then I save myself long travel and I don’t have to bill anyone for that.”

The panelists said IoT is the emerging technology businesses should look to adopt right now because it is relatively easy to deploy and delivers the biggest ROI. However, the panelists also said they think artificial intelligence has the greatest long-term potential to reshape business.

The Power of IoT and the Need to Secure It

IoT is the emerging technology small and medium-sized businesses (SMBs) should invest the most in right now, according to Brown, because it provides the “easiest bang for your buck” and the market has “not reached the heights of where it’s going to go.”

Brad Bishop, a system administrator at Lamar University in Beaumont, Texas, said connectivity is being built in to all kinds of devices and SMBs should ride that wave.

Brown pointed out that consumers are buying more IoT devices. “Everybody wants the ‘wow’ factor,” he said.

He noted that IoT devices are also relatively “simplistic” and easy to deploy. “The code that’s in it is very limited,” he said. “So it always reaches back to a hub. And the hub is the brain that holds everything for it. It just goes back to 1s and 0s.”

Christian Lind, IT director of Nebraska Cancer Specialists, said IoT has “very practical, very useful applications” and some use cases that are “absolutely useless.” As an example, he said, “being able to tweet to your fridge shouldn’t be a thing.” Still, he supports continued investment in IoT.

“You have to put the technology out in front of people and then just say, ‘Now do something with it,’” Lind said. “And then people run with it from there.”

The main concern with IoT is security, said Brown, who also noted, “It’s not if you’re going to get hacked: it’s when you’re going to get hacked.” Businesses need to make sure their IoT device vendors are regularly patching their devices and updating firmware with security protections. “Patching is critical, important and needed,” he said. “If you don’t patch, there is a bot out there waiting for you not to patch so they can get in.”

Brown added that Engaging Solutions set up a guest network outside of its main network to host all of its IoT devices. If a device is compromised the damage is limited.

Lind noted that every time a company adds a new connected device to its network, it is opening up a window into its IT environment. “If it reaches out to the world, that means the world can reach out to it,” he said. “The problem with the Internet of Things is that most of these are dumb devices. They’re things like thermostats. Nobody puts anti-virus on a thermostat.”

The Long-Term Potential of AI

While the panelists said IoT can have a lot of impact today, they agreed that over time AI will have even greater potential.

Lind said AI can help sift through huge amounts of data that hospitals collected on patients over time and help determine how best to tailor chemotherapy or other treatments. “It’s something that surprisingly doesn’t exist in medicine very much nowadays,” he said.

AI can also be used for IT support, Brown said. An AI system at one of Engaging Solutions’ clients captures IT help desk tickets and then “triages” the tickets and determines if the request can be solved via an automated process (such as a password reset). “In the time it does that, it would take a regular tech between seven to 15 minutes to get that done, and they’re able to bring that down to under 30 seconds,” Brown said.

According to Lind, AI has the most potential, with practical applications that are “absolutely fascinating.” Bishop and Brown agreed with that assessment.

Will AI replace IT staff members? Brown expressed some caution. “To the ones that aren’t good, they should fear it,” he said to laughter. “But the ones that know what they’re doing, they’ll have no problem walking hand in hand, understanding what they need to do now and what they don’t have to do anymore.” 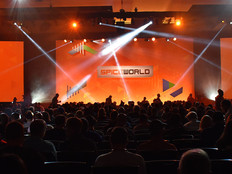 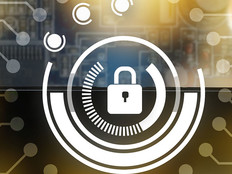 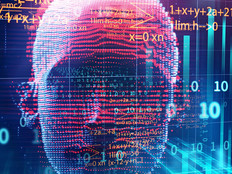