No matter how many billions of IoT devices fuel a multitude of solutions, though, every one of them shares a need for power, often via battery. As these devices become more commonplace and work their way into offices, powering them will become an expectation in the business world too.

While IoT devices have evolved at lightning speed as of late — everything from wearables and light bulbs to medical devices and next-generation credit cards — battery technology has struggled to keep pace. Without better batteries, the IoT evolution could hit a brick wall.

Fortunately, the gap between those two fields appears to be narrowing.

“A practical battery is a combination of many considerations, including energy density, power density, lifetime, safety and cost,” says Xiaoxi He, technology analyst with IDTechEx.

“Having to excel on so many factors simultaneously is why battery development has been slow. For example, we already have battery technologies with much higher energy density than what is commercially available now, but those batteries may only be charged less than 10 times.”

The Next Phase of Battery Technology

We’re now on the verge of an exponential growth curve in battery technology, and the IoT stands as not only one of the key drivers of that market but also one of the top recipients as the “thin-film” battery technologies demanded by small IoT devices mature.

Naturally, not all approaches are equal. STMicroelectronics, one of the larger players in thin-film battery tech, is betting on solid-state lithium phosphorous oxynitride (LiPON) technology in its EnFilm battery line. Other approaches include multistack solid-state, lithium ceramic, printed carbon zinc and thin lithium-polymer.

Every thin-film battery has its own pros and cons. To choose the right one for a given IoT device, tech firms “should really understand the use case of their application and, from that, determine the amount of energy they have to embed in the system,” says Igor Bimbaud, director of the new energies business unit at STMicroelectronics.

Shaping How IoT Devices Are Built

Powering a wearable with a coin-sized battery seems incredible enough, but further evolutions are approaching fast.

“While not all thin-film,” He says, “a new generation of solid-state electrolyte materials is under way that has up to double the ionic conductivity of LiPON, higher power, and potentially two to three times the energy density of existing lithium ion battery technologies.”

Beyond energy density, Bimbaud notes the importance of shaping batteries to their target devices.

“This will revolutionize the mechanical design of IoT applications,” he says. “This will be especially valuable in healthcare, where it will help enhance the tolerance and the acceptance of medical implants.”

With so many thin-film battery advances enabling such a broad spectrum of devices, a world-blanketing IoT seems within reach — almost. 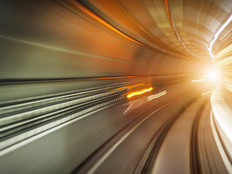 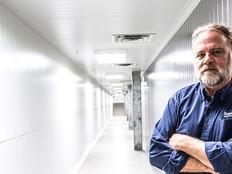 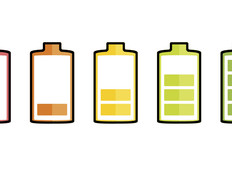