Mark Skoog demos a prototype version of the Microsoft Surface Hub to a group of IT experts assembled by CDW.

A lot of organizations say technology is forcing them to change the way they do business and rebuild from the ground up. But at CDW, this isn’t just a figure of speech: The company is literally rebuilding its Enterprise Command Center.

The ECC, as it’s called internally, is the reimagination of what used to be a storefront at the technology solution provider’s distribution facility in Vernon Hills, Ill. But in an age where more of those technology product transactions are taking place online and with the need for cloud and hosted services growing at an explosive rate, CDW realized the storefront wasn’t what it needed going forward.

“The Enterprise Command Center is about taking an organization’s business and taking it into the 21st century,” said George Ganas, senior manager of operations for the Managed Services Team at CDW.

From the ECC, CDW will support and host cloud services, networks and much more for organizations of all sizes and stripes, he said.

Ganas spoke during a red-carpet tour that CDW hosted last week for a select group of IT experts and influencers. The tour, which gave attendees a look at the company’s distribution and configuration facilities, was meant to show — and not just tell — the broader technology community that CDW and its partners are embracing the shifts that the broader IT industry is weathering.

For small and medium-size businesses, the scale and depth of CDW’s service offerings are attractive, as many smaller organizations have a lean IT team on hand to support and optimize technology.

“While I knew that CDW often offers the most competitive pricing on individual tech components, I didn't realize that they offer turnkey solutions for companies of any size,” said Judie Stanford, editor-in-chief of Gear Diary. “I like that you can call and speak with someone, describe your needs, and they will create a computing or server solution that does exactly what your company needs. The fact that they can do this for companies with a single employee all the way up to thousands of employees is very impressive.”

Getting to Know a Brand-New Microsoft

As one of CDW’s largest and long-standing partners, Microsoft has a deep history and experience in creating and supporting mission-critical software that companies rely on for their day-to-day operations.

But the shifts in IT to more mobile and cloud computing have affected few companies more than Microsoft.

The criticism often leveled at the Redmond, Wash.-based software giant is that it’s inflexible, rigid and protectionist. But with last year’s appointment of a new CEO, Satya Nadella, Microsoft is working fast and furiously to change its perception in the marketplace and rethink how it does business.

Ervin Flores, Microsoft’s managed partner general manager, faced some tough questions from the group of IT experts on how the company is going to play nice in the larger cloud sandbox as its cloud platform, Microsoft Azure, continues to grow.

“Our idea is, we need to make our systems work within many cloud providers,” said Flores. “We also need to make sure that within those hybrid environments [our cloud technology] works.”

At the end of the day, the company is more focused on providing solutions to customer problems and less focused on forcing organizations to be Microsoft-only shops.

Microsoft Goes Big on Collaboration with the Surface Hub

Microsoft’s history with tablet computing is long and storied. The company was actually ahead of the curve back in 2001 when, at the Comdex show, its founder and then-chairman, Bill Gates, demoed a tabletop interactive, touch-enabled computer that it called, at the time, the Microsoft Surface.

And while our computing screens have gotten smaller over the past decade, the pendulum is swinging back in the other direction, and interactivity and collaboration take priority. We’re seeing it in the rise of phablets — oversize phones that blur the lines between a smartphone and a tablet — and Microsoft believes that collaboration technology is due for a supersizing, as well.

At its Envisioning Center in Chicago, Mark Skoog, technical solutions specialist at Microsoft, demoed a prototype of the company’s brand-new product, the Microsoft Surface Hub.

The device, which really revives some of the Minority Report-like features and interactions of the original Surface tabletop, comes in two versions: a 55-inch screen or an 84-inch screen.

The Surface Hubs have 4K displays and take full advantage of the company’s Office 365 software suite and its video-collaboration product, Skype for Business. The company is set to roll out the devices this fall, but CDW is one of a select group of partners that will be allowed to start taking orders for them in July.

The target audience for this product is enterprises, especially those with satellite and global offices that require deeper and more engaging collaboration tools.

“At almost every briefing I’ve had with enterprise customers, they ask how fast they can get one,” said Skoog.

After the demo of the Surface Hub wrapped, it was clear that this new Microsoft had the appetite to go big and go after technology in ways that it hadn’t in the past.

“The Microsoft Surface Hub has potential to ‘reinvent the business meeting’ in ways we haven’t thought possible before,” said Dave Altavilla, editor-in-chief of HotHardware.com. “Collaborative teleconferencing, along with media and whiteboard sharing, allows the virtual meeting all of the same advantages of a traditional face-to-face meeting but remotely, with much better flexibility, better collaboration and with more tools at your disposal than ever before.” 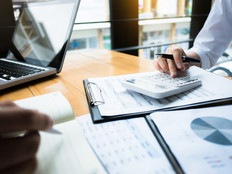 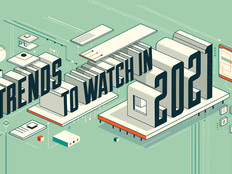