Last June, the Federal Aviation Administration grounded Amazon PrimeAir’s plans for a drone delivery system. But two weeks before the Amazon decision, the FAA granted energy corporation BP permission to fly a drone over Alaska’s North Slope to better survey roads and pipelines. That marked the first condoned use of a commercial unmanned aircraft system (UAS) over U.S. soil and, as U.S. Transportation Secretary Anthony Foxx noted, “another important step toward broader commercial use of unmanned aircraft.”

Despite its reticence on UASs, the FAA is not blind to the demands and priorities of businesses. The agency’s ban applies only to commercial use, except in instances where a waiver is granted. Six such waivers were given to movie and television production companies in September.

Short of a waiver, however, the FAA Modernization and Reform Act of 2012 allows only for model aircraft, weighing 55 pounds or less, flown within line of sight for “hobby or recreation.”

Drones at Your Workplace

Does the FAA ban mean that drones remain verboten for small businesses? Well, yes and no.

Colin Snow, founder and CEO of Drone Analyst, says that while larger companies such as Amazon remain shackled, small businesses are leading the UAS charge, albeit in a somewhat gray area. “There are no laws that prevent you from actually using drones commercially,” Snow says, “but there are FAA policies. Most people hold back without there being laws in place, but many small businesses, between 2,000 and 3,000 according to the research I’ve done, are operating in Class G uncontrolled airspace, which is the airspace right above us.”

Snow says that those companies now engaging in commercial drone use — whether in a gray U.S. market or internationally, where UASs are more accepted — generally fall into six markets: precision agriculture; inspection and surveillance; mapping and surveying; film, photo and video production; public safety or emergency response; and environmental inspection and regulation. From examining irrigation lines to staring down a refinery flare stack, drones offer a superior way to see what needs to be seen, in less time and at less expense.

“Photo and video are only part of the whole service offering,” he says. “It’s what you do with the data after you’ve captured it — the processing, storing and offering it up as useful, valuable information to somebody who’s, say, doing precision agriculture and wants to know the crop vigor of their field. There’s so much potential.”

The 'Transformational' Economic Benefits of Drones

The impact of drones on a small business can be sweeping. For Corey Rich Productions, which specializes in “visual storytelling” for clients such as Apple and Nike, the use of drones for the past five years has been “totally transformational,” says photographer and director Corey Rich.

“Drones have allowed us to get the camera into places and positions that the world had never seen before,” Rich says. “A great example is when we went into Pakistan’s Karakoram mountains and flew a drone to 22,000 feet to film on the summit of the Trango Tower. Before drones, that would have been literally millions of dollars, if not impossible.”

According to a recent economic impact study from the Association for Unmanned Vehicle Systems International (AUVSI), “the integration of UAS will create more than 100,000 new jobs and $82 billion in economic impact in the first decade following integration.”

AUVSI President and CEO Michael Toscano said in an August statement that the UAS integration delay “translates to a loss of $27.6 million per day.”

In March 2014, a judge dismissed a $10,000 fine against Raphael Pirker, ruling that the FAA’s first fine against a drone operator was made in the absence of any FAA authority over model aircraft. Pirker had been shooting a promotional video in 2011. The FAA appealed the decision. 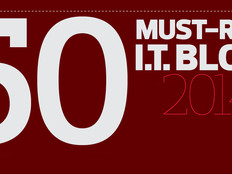