When The Charmer Sunbelt Group’s executives and IT leaders discussed new tools for the company’s sales team, the debate between notebook computers and tablet devices didn’t last long. After all, sales reps already had notebook PCs — and they were looking for a technology with different capabilities.

“I asked if anyone in the room saw a salesperson using a notebook 10 years from now,” says Michael Berger, the company’s executive director of enterprise management. “And it was evident that we had to go with tablets.”

To that end, CSG, one of the nation’s largest distributors of wine, spirits, beer and nonalcoholic beverages, has begun equipping its 2,200-strong sales force with Apple iPad devices running a custom-built mobile app that integrates historically disparate back-end programs into a single user interface.

The iPad devices, purchased and deployed through CDW, are faster and lighter than the notebooks the company’s sales team used when visiting restaurants, bars and stores. Sales representatives can now access everything they need, including order entry, pricing, real-time inventory information and multimedia-rich product marketing materials, with just a tap of the touch screen.

“If a customer says, ‘Tell me about a wine,’ we no longer need to say, ‘Hold on. Let me log in and launch the virtual private network to get to the application,’ ” Berger says. “Now, we tap on the screen and a slick visual with bottle shots and product reviews appears instantaneously.”

CSG is one of the first in its industry to deploy iPad devices with a fully integrated sales app, says Peter Coliukos, the company’s executive director of IT services, operations, planning and delivery.

“One of the worst things we can do to a customer is take their order and then have to call back later to say, ‘Sorry, we have a shortage of inventory on that item,’ ” Coliukos says. “With the new app, when you get an order confirmation in real time, you can have confidence that the order will be delivered. And if there is limited inventory availability, then our sales representatives have the option to work with our customers immediately to make appropriate adjustments.” 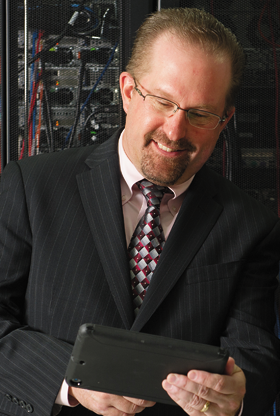 “The app’s easy-to-use navigation connects everything together. No matter where you are with the app, you can access all the content.”

Gaining a Competitive Edge With Mobility

CSG’s sales and distribution operation spans 15 markets in the United States. As a result of the 21st Amendment, spirits, wine and beer are handled via a three-tier system in which the distributor plays an integral, independent role in the sale and distribution of products in compliance with state laws.

By arming its sales force with iPad devices, CSG joins a growing number of businesses that are replacing notebooks with tablets. Tablets represent the perfect form factor for many mobile workers, including those in sales, because they boot up quickly and are secure, manageable and very portable.

The new state-of-the-art technology gives CSG a competitive edge against other wholesale distributors. The tablets and the mobile app will not only make the sales staff more productive, Berger says, but also should help generate more business.

“We hope to see an uptick in revenue, and just as important, we hope to retain our existing suppliers and attract new ones,” he says.

In recent years, these suppliers — which include many well-known brands, from wineries to whiskey makers — have asked CSG to pursue more innovative ways to represent their products. They’ve also wanted more detailed reports from the field. At the same time, CSG’s senior executives and internal sales team have looked to the IT department to develop a more efficient and effective sales platform, Berger says.

Before the tablet deployment, the company’s sales force, armed with notebook PCs and 3G wireless cards for Internet access, typed and submitted customer orders using a Microsoft Windows–based order entry application. But that was the extent of their notebook use during sales calls.

IT had built an in-house application called E-Pride, which provided product information, such as wine descriptions, winery locations and awards that certain products had won. Sales reps rarely used E-Pride live during customer sales calls. Many found it easier to bring a binder full of printed product information instead.

“It was not a platform for innovation or growth,” Berger says.

To foster innovation, CSG standardized on iPad devices. The company worked with SAP, its enterprise resource planning vendor, and a software developer to integrate five back-end systems into one mobile app. By the fall of 2013, after a year of development, the app was ready.

CSG sales reps now access an order entry app that connects to the SAP ERP system, providing the latest prices, promotional deals and inventory data in real time. With a simple tap, they can also access E-Pride — which now includes video among its marketing media.

Through an intuitive touch interface, CSG’s sales force can also pull up the company’s customer relationship management software, which provides addresses and the names of key decision-makers; a business intelligence tool, which delivers historical sales information; and a custom “goals” application, through which managers detail specific objectives that sales reps must meet, such as securing a display in a liquor store, Berger says.

“We have better selling materials — rich media, sell sheets, PDFs, videos and presentations — that we show to retailers. We had some of that before, but it was here, there and everywhere,” Berger says. “Now it’s one consolidated selling tool with direct access to everything.” 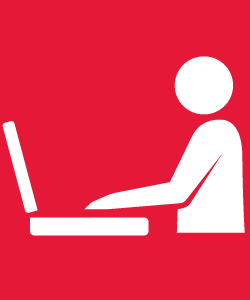 99.6%
The accuracy rate of The Charmer Sunbelt Group’s order entry, inventory and fulfillment system, now that the company has developed a real-time tablet application that ties back to its ERP system

Moving Tablets into the Field

With the mobile app ready, CSG’s IT staff began deploying iPad devices in January 2014. The IT department standardized on the 32-gigabyte iPad Air 4G model and Otterbox Defender Series ruggedized cases. Coliukos says CSG purchased the tablets and cases from CDW because it wanted to partner with a company that could do more than just sell equipment — one that also had a strong national presence and professional services team.

CDW not only ships tablets to each of CSG’s 15 locations, but also provides asset management services and works directly with AT&T to activate 4G data plans for each user.

“What we looked for was a company with a strong logistics arm that could touch all the different states where we do business,” Coliukos explains. “We needed the ability to directly ship the products and also keep track of the assets during the project rollout and afterwards. CDW’s ability to tag assets and keep accurate tracking records were two of the key things we wanted.”

Before delivering each tablet, CDW records the serial number and places a custom asset tag on the back. That information is then stored in a database, explains CDW account manager Jon Blankenship.

If an iPad device is lost or stolen, CSG orders a replacement tablet, and CDW works with AT&T to transfer 4G service to the new device. If a salesperson leaves CSG and the device is locked, CDW can easily check its database and provide the serial number so CSG’s IT department can reach out to Apple for support. CDW also delivers mobile device management and advanced customer support to CSG. 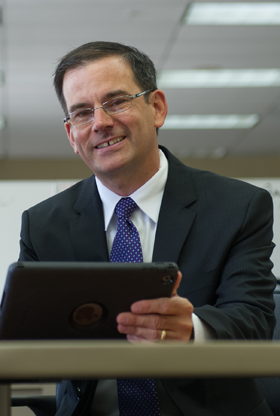 “Suppliers are thrilled with the new platform. They most appreciate that we can provide them richer information about what’s happening day to day in the market.”

CSG executives say the iPad devices and new mobile app make its sales force more effective. “Because of the user-friendly nature of the device, they can present all kinds of content quickly,” Coliukos says. “One big thing is pricing information. They can pop up the entire discount structure of products, and we can get into really good conversations about purchasing incrementally or in groups of items.”

With real-time access to SAP, sales reps now get confirmation in less than eight seconds after submitting their orders, Berger says. Previously, inventory information was not updated in real time. Sales staff weren’t positive that their orders made it all the way to SAP or that the goods were reserved for their customers.

CSG has built a private app store that regularly pushes out new versions of the mobile app with bug fixes and other updates. Different operating units in each state have specific business rules, so CSG tailors the app for each unit’s needs. Suppliers also make their own apps available, providing additional marketing material for salespeople.

Nathan Swanson, a sales representative at Reliable Churchill, CSG’s Maryland distribution company, says the tablet allows him to maximize his time with customers. He used to bring a binder with 500 pages of sales information and wasted a lot of time trying to find the right information.

“The iPad makes it easier because you have everything at your fingertips,” he says. “When you show something on a tablet, it’s more visual, so it holds their attention more than a piece of paper. Overall, it’s an upgrade.”

Now, he can show a retailer a sales presentation, then quickly switch screens to a spreadsheet that lists prices and discounts, or a sell sheet that illustrates industry trends. Then he can quickly switch to the order-entry app and place an order.

At a Glance: The Charmer Sunbelt Group 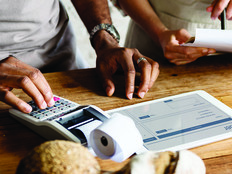