Early tablets, though fine products, exhibited flaws that made them less-than-perfect replacements for notebook or desktop computers. But Microsoft’s Surface Pro 3 hits the bull’s-eye for business users who want a tablet form factor but need more functionality to get the job done.

The biggest upgrade on the Surface Pro 3 is the processor. The unit tested had a speedy Intel Core i5 that could crunch large Adobe Photoshop and Microsoft PowerPoint files with ease. It also scored an incredible 2,112 on PassMark Software’s PerformanceTest benchmarks, putting it in line with most notebooks — and some desktops — in terms of raw performance. (Tablets rarely earn a PassMark score higher than 1,000.)

For a tablet to become a true notebook replacement, a large screen size is paramount — and the Surface Pro 3 delivers. The 12-inch screen’s 3:2 aspect ratio gives users more working space while still technically being a widescreen format. A rear kickstand can be arranged at 20- to 150-degree angles, allowing for perfect positioning on a desk, in a lap or as a presentation device.

The device also ships with an upgraded Surface Pen that has more input buttons. The accessory has the heft of a real pen and simulates the feel of writing on paper. An optional snap-on keyboard also has been upgraded and is highly recommended.

A Surface Pro 3 with a keyboard is indistinguishable in performance from most notebooks, yet it has all the tablet features that users also crave. The device’s battery held up for eight hours and 10 minutes in testing, even when constantly in use, and recharged fully in less than an hour. As a multipurpose computing device, the Surface Pro 3 is just about perfect. 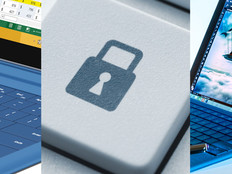 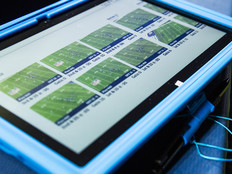 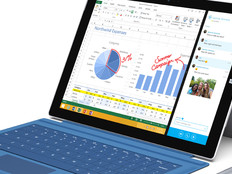