Given the sensitivity of the subject and recent string of headline-grabbing hacks against financial institutions, you’d think that a hackathon is the last place anyone working at a bank would want to be.

But the First National Bank of Omaha is different.

The bank recently held a weeklong hackathon, the second year it has done so. The event gives hackers had 48 hours and win cash prizes. The ultimate prize, however, could be a full-time position on the bank’s IT team, according to a report from American Banker.

Though it’s not exactly a tit-for-tat arrangement, First National Bank’s hackathon does provide the bank with a great opportunity to spot tech titans in its own backyard.

Jeff Joneson, a contestant in last year's hackathon, is now a programmer at the bank. Joneson, who found out about the competition from his dad who worked at First National, says the hackathon was his big break to work as a professional technologist.

"It was my first chance to test my mettle," said Joneson.

"This is a great way to go meet the players and establish relationships," said Ortega. "I couldn't just drive to Omaha and ask to hang out with Jim Cole for a few hours. …Here is an opportunity where the bank is saying, 'come out and let us get to know you.'"

To be clear, the First National Bank of Omaha isn’t the first bank to run a hackathon. Larger financial entities, such as JP Morgan Chase, have in the past. But the fact a rural institution like First National Bank of Omaha is taking the leap into hackathon territory shows that banks are taking their IT staff hiring very seriously in the face of increased advanced persistent threats. 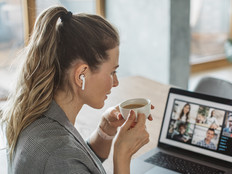