About three years ago, Purdue Pharma L.P., a pharmaceutical company in Stamford, Conn., was at a crossroads.

It was out of data center space, out of power and needed to improve disaster recovery. Purdue Pharma also wanted to deploy an IT infrastructure that would make the company more agile and able to quickly respond to the needs of its researchers, says Stephen Rayda, chief technology officer.

The pharmaceutical maker reached this point just as VMware, Cisco Systems and EMC formed the VCE unified computing solution. For Rayda, opting for VCE was a safer bet than it may have appeared.

“When we looked at it, the VMware hypervisor had been out for close to a decade, Cisco was a proven networking company, and EMC storage products had been in use for many years as well, so we weren’t taking a leap of faith into an untested architecture,” Rayda says. “It was clear that the three companies had a strong commitment to VCE and would work hard to deliver the one-stop service we were looking for.”

Purdue Pharma’s decision to become one of the first companies to deploy VCE has reaped huge dividends. Rayda says the company has cut its capital expenses 33 percent and plans to  reduce costs by $2 million over five years. The stable computing environment has significantly reduced outages, enabling the company to focus more on data analytics to gain a competitive edge.

The company has also become more agile, says Rayda. “In the time it takes to put out a purchase order, we can have a virtual server.”

All the data resides on EMC storage systems in a second data center, giving the company the disaster recovery solution it needs. “VCE sets us up for where we’re going next, which is to eventually implement a failover model for its mission-critical applications,” he says. “If our main data center goes down, the other one can be up in minutes. For us, it’s about total availability.”

Mark Bowker, a senior analyst for the Enterprise Strategy Group, says Purdue Pharma’s focus on agility, disaster recovery and service makes sense. “It gives them the ability to roll out applications much faster and not worry about the infrastructure,” Bowker says. “They also have one number to call for service, and these integrated consortiums can get parts out faster.”

Joe Reazor, director of product engineering for EarthLink Business, says that faster app deployment and streamlined service make it easier for EarthLink to offer cloud hosting and virtualization capabilities to its customers.

Reazor says EarthLink’s FlexPod system of Cisco, NetApp and VMware gear comes pre-certified to give him peace of mind that the solution will work seamlessly out of the box.

He says Cisco UCS system enables the company to build multiple cloud stacks across its geographically diverse customer base. He also appreciates the centralized management features.

“We get a platform that delivers top-of-the-class performance to ensure we meet our customers’ ever-changing demands,” Reazor says.

For Chris Strabley, infrastructure manager for Republic Steel in Canton, Ohio, a FlexPod or VCE all-in-one solution is out of his price range.

However, Republic Steel consolidated its data center onto Enterasys OneFabric wired/wireless switches, Microsoft Hyper-V server virtualization and Hitachi storage. Deploying these technologies enabled the company to pare down dozens of its management tools.

Now the company relies on Enterasys NetSight Management Suite, Microsoft System Center for its servers and FalconStor for its storage gateway. Strabley says the company used to spend $1 million annually on management tools, but now all three cost just $400,000 a year.

“We’ve saved a great deal of money and deliver the same level of service,” Strabley adds. “And we do it all in-house with just two people.” 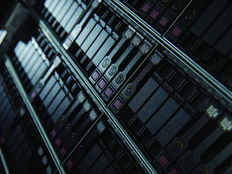