Instead of using the Simple Network Management Protocol (SNMP) to manage networks, Cisco has developed the One Platform Kit (onePK), an application programming interface that allows third parties to access network elements in a richer way. Some SDN purists say that the entire network should be managed by a software controller, but Cisco has taken a middle road, where the only information they leave in a switch or router is the data plane.

“The switches and routers take packets in and take them out,” Wilburn says. “Everything else we extract out of each element and pull in to a central controller, a software device somewhere in the network that’s taking this abstracted view of everything happening in the network and controlling it centrally.”

Wilburn explains Cisco's view on the role of software-defined networking in enterprise IT.

The demand for wireless bandwidth has had a profound impact on organizations today. What started 10 years ago as a nice extra feature has become pervasive, Wilburn says.

“When the iPad was introduced three years ago, the user expectation became that everything worked — voice, video and data — just like on the wired network, to where it’s now considered a mission-critical asset,” Wilburn says.

Wilburn discusses the network implications of the explosive growth of mobile devices over the next few years.

Wilburn says IT managers who think that they’re set with wireless by installing 802.11n should take another look. There’s more to the new 802.11ac standard than better data transmission speeds.

“The reason the device manufacturers are moving rapidly to change the endpoint to Wireless AC is not speed, it’s about battery life,” he says. “It turns out that a smartphone or a tablet with an AC radio in it has about twice the battery life of a device with an 802.11n radio. It’s so fast on and off the air that it conserves power, so it’s starting to happen fairly rapidly.”

While changes at the network level are happening, ownership at the device level is also shifting from the enterprise to the user. The bring-your-own-device model has made its way to Cisco, Wilburn says. The company gives every employee a choice between a Windows PC and a Mac but allows its employees to bring any other devices to work as well.

“Our CIO believes that it is significantly more expensive to virtualize the desktop than to deploy BYOD,” Wilburn explains. “So our policy is, if you want the brand new smartphone that came out, go buy one. That’s an employee-owned asset that we’re allowed to bring onto the network, and depending on the level of service we request, we can do everything on that device that we can do on our Windows or Mac machines.”

The ROI of Good Networking

To support the deluge of mobile devices on the corporate networks, companies must get creative with wide area network optimization. Over the past 20 years, companies connected their branch offices with Multiprotocol Label Switching circuits from the phone company back to headquarters, where they hosted the company’s key applications; from there, they secured the network through a DMZ and a firewall.

Wilburn talks about how organizations can use robust networking technology to provide better customer service.

Today, most companies still backhaul all of the traffic to the data center, but from there many go out to either public- or hybrid-cloud applications. Wilburn says that companies should consider using the Internet as the WAN instead of backhauling across their own private MPLS network.

“Under this setup, you’ll provide the breakout locally to the Internet for cloud applications, which also reduces latency compared to backhauling them to corporate and then sending them out,” he says. “What we’re really talking about is the ability to arbitrage between different WAN technologies to minimize costs and maximize throughput and system availability.”

To learn more about Tom Wilburn and Cisco's vision for the future of IT, visit his leadership session.For more insights and ideas from leaders in technology, check out the rest of the Bring IT On Leadership Series. 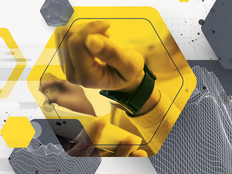