From the mid-1990s to the early 2000s, before the era of the smartphone, Nokia was one of the most visible leaders in the mobile phone business.

In fact, one of its devices, the 8110, was featured in The Matrix. You don’t get much more futuristic than that.

But with Apple’s iPhone and Google’s Android smartphones gaining in popularity, Nokia is now playing catch-up. And the good news is that it’s coming back with a vengeance.

Casting an eye toward the future even further, Nokia even has flexible phones in mind. Wrap your mind around that.

Check out this infographic from Nokia via Mashable, which tracks the evolution of the company’s cell phone business from 1984 to the future. 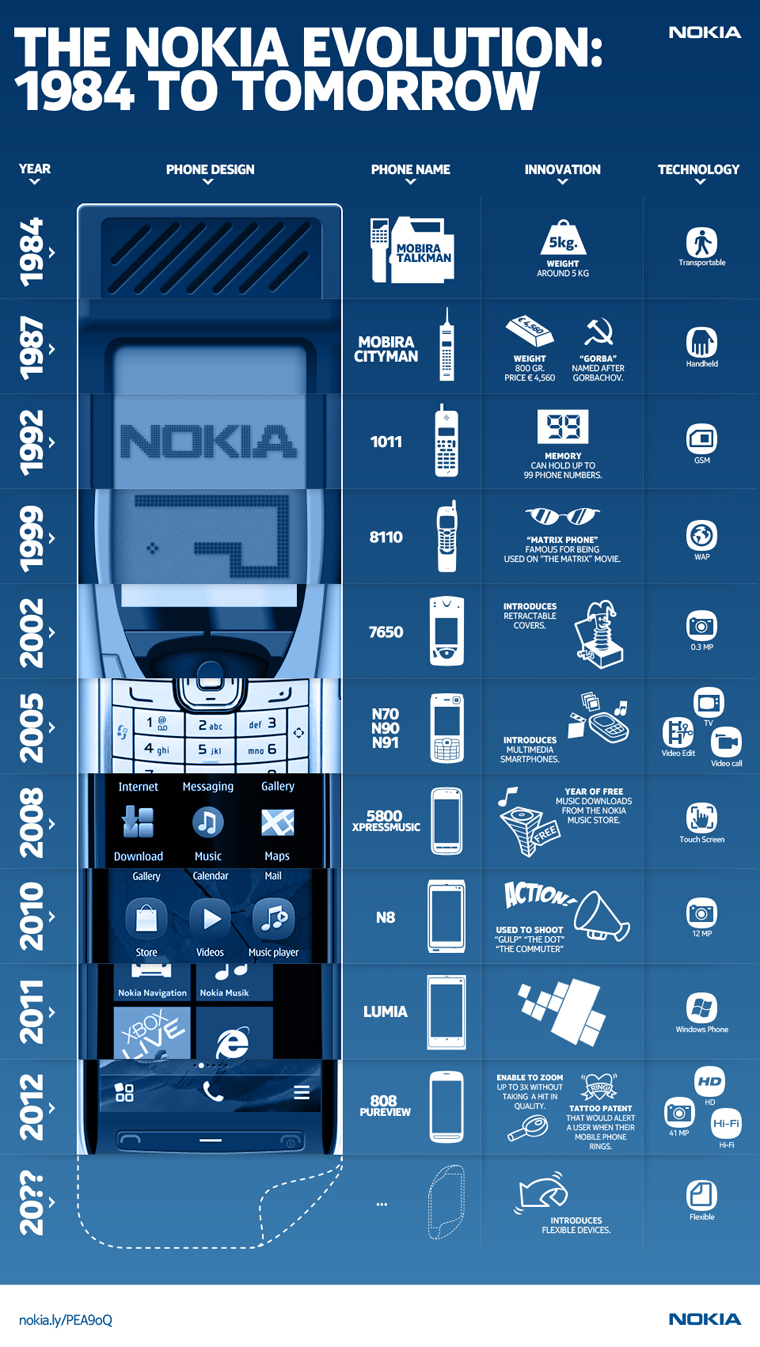