The way it started was simple enough. Having finished work for the day, Joe Employee headed home. But once he’d arrived, he began to wonder whether his co-worker had sent her proposal for the next morning’s presentation.

Unable able to access his work e-mail from home, in the morning Joe made it a point to ask his boss whether something could be done about the situation. After some discussion and several meetings, the company’s IT department made remote work a viable option for company employees.

Fast forward to a few years later: The company is in the midst of a BYOD revolution. Now, everyone can access work e-mail from personal notebooks, tablets and smartphones, but they want more.

Tired of asking for permission to use new technology, Joe takes matters into his own hands and downloads Dropbox. After successfully using the application for a while, he decides to tell co-workers about it. It doesn’t take long for the entire office to catch “Dropbox Syndrome.”

If this scenario sounds familiar, you’re not alone. According to the Ponemon data, which WatchDox incorporated into an infographic, 85 percent of organizations use insecure file-sharing tools, such as Dropbox, Box, YouSendIt, USB drives, plain-text e-mail attachments and more.

Convenience often trumps security when it comes to employee behavior, so it’s not a question of whether your business will be vulnerable to Dropbox Syndrome. The real question is, how will you handle it?

For more information on Dropbox Syndrome, check out the infographic from WatchDox, below. 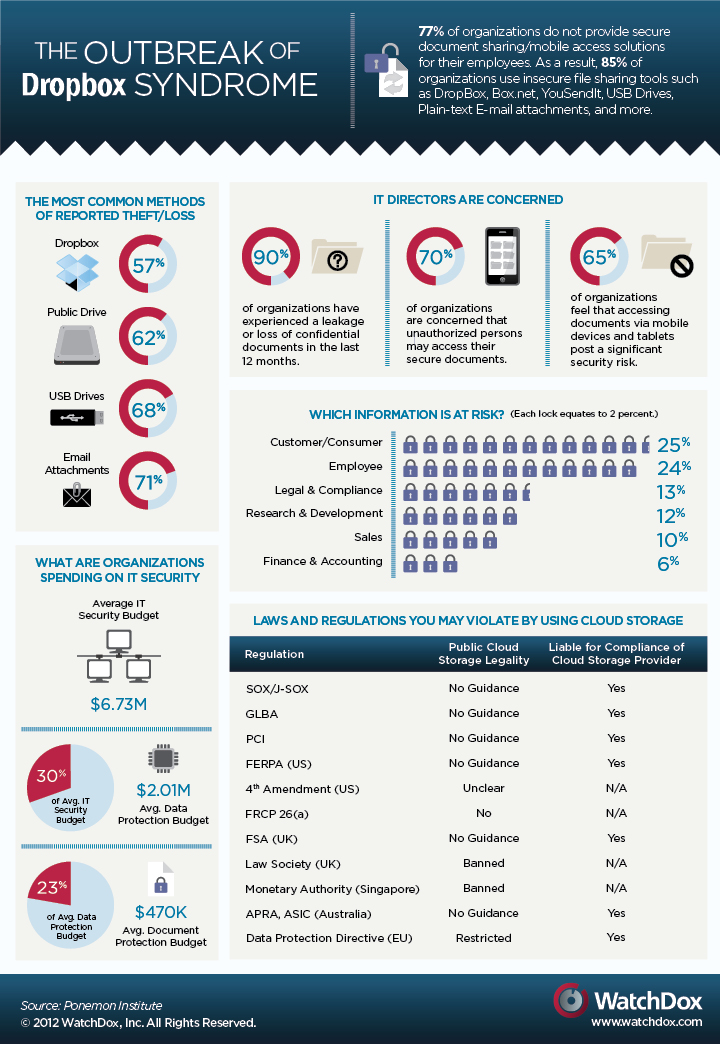