For a global organization such as BackOffice Associates, moving to a cloud-based e-mail and calendar system makes a world of sense. But with a growing number of software as a service choices, how does an organization pick the right one?

Dan Balchunas, a technical specialist for CDW’s Office 365 team who worked with Devon Crowl to hone BackOffice Associates’ selection process, says a handful of factors drove the decision to go with Exchange Online.

First, the move didn’t require a major culture change. BackOffice Associates employees were already familiar with the desktop version of Microsoft Outlook, making the transition almost seamless. “That meant no learning curve for users, which also meant no training and not a lot of overhead for support after the solution was implemented,” Balchunas says.

“And then there were things that sound simple but aren’t, like calendar sharing. Office 365 made it easy to manage users and tie in mobile devices, all things BackOffice wasn’t able to do with its old system but really wanted.”

Another factor, says Balchunas, was Microsoft’s service-level agreement, which provides for financial compensation if Office 365 fails to meet its reliability promises.

“That’s unique in this industry,” he says. “And when there’s downtime, the clock starts ticking immediately. A lot of other organizations don’t start counting until a system has been down for at least 10 minutes.” Finally, CDW’s familiarity with Office 365 and its ability to offer full implementation services via its strategic partners sealed the deal.

“One of the reasons this project was so successful was that not only could CDW offer pre-sale expertise and software licensing, but we also were able to do the full deployment for BackOffice Associates and in a relatively short timeframe,” Balchunas says. “The ability to assist from start to finish is, I think, a very big advantage for CDW.” 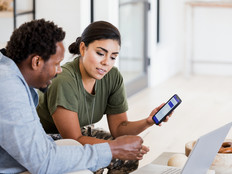