When Twistee Treat USA deployed a new point-of-sale system throughout its soft-serve ice cream shops last year, President Corey Balzer installed it himself. “That’s unheard of,” he says, explaining that he’s not an IT guy and had never done anything of the sort. “It’s that easy.”

The system’s simplicity was borne of complexity. Lisa Falzone and Christopher Ciabarra, co-founders of San Francisco–based Revel Systems, initially set out to make an online application that would let customers connect to restaurants’ point-of-sale (POS) systems to place and pay for orders. But they soon learned that just about every restaurant used a different POS system, each of which charged a fee to connect to it.

“It was forever before we could even start programming it,” recalls Ciabarra, Revel’s chief technology officer, adding that their customers were grumbling about the complex systems too. “It was kind of a nightmare. So we said, ‘Look, why don’t we build our own?’ ”

So that’s what they did. The hassles they faced motivated them to make their new POS system as simple as possible — with no complex, costly infrastructure cluttering up a back office. The Revel POS system is a secure, Payment Card Industry Data Security Standard–­compliant app that runs on the iPad with a cloud-based back end.

Users can manage the system using a Mac, PC or tablet, and its open application programming interface lets them connect any type of system to it with no licensing fees. Users can add digital menu boards, online ordering systems or whatever comes up. “It’s like a platform for commerce,” Ciabarra says. “Anyone can build off the system. It’s amazing.”

Ciabarra isn’t the only one who thinks the solution is amazing. Revel Systems took home the Business iPad App of the Year Award at this year’s Macworld | iWorld expo. And while it’s been for sale only since last fall, it’s already used by more than 100 businesses, ranging from small mom-and-pop restaurants to Popeye’s Chicken. “Everyone’s been coming to us,” Ciabarra says.

To support Revel Systems’ efforts, CDW handles the asset tagging, etching and imaging for the iPads before they go out to customers, which has helped Revel keep pace with demand. “They have been a great help every step of the way,” says Ciabarra.

More restaurants are beginning to use tablets, according to Leslie Hand, research director at IDC Retail Insights. “There is definitely a market for that technology,” she says. Many use tablets as front-end devices connected to their POS systems, but tablets with cloud-supported capability could replace POS systems, she adds.

Revel’s biggest challenge is getting the word out that the system is a full-blown hybrid server/web-based POS system that’s built for franchises. Long-term data is stored in the cloud, and mission-critical information resides on the server. If a business loses Internet access, the system can still operate.

Even if the power goes out, iPads have batteries that can run for up to 10 hours. In fact, Revel designed the app for the iPad because of its advantages: It can connect to the 3G network if Wi-Fi isn’t available, it’s a secure platform, and even if a device breaks, users can easily replace it. “If you break a legacy system, you’re done for a few days,” Ciabarra says.

“It’s like a submarine in here,” Balzer adds of the 500-square-foot buildings. “Everything has its place, and this is a huge space saver for us.”

Mobile POS Is A No-Brainer

Twistee Treat’s ice cream hasn’t changed in the 30 years since the business first opened its doors, but everything else is new. Three years ago, Balzer and his partners bought the Twistee Treat trademark and began updating the shops. “It’s kind of a rebirth of Twistee Treat,” he says.

The business added drive-throughs, Wi-Fi inside and out and furniture made entirely of recyclable materials. The goal is to give the older, classic place a contemporary feel, and the iPads fit right in. “Our audience is very young, so we wanted something very cool looking,” Balzer notes.

Revel’s POS system is simple to learn too. “Literally, in 15 minutes, somebody could get it,” Balzer says. With old POS systems, a manager would have to visit each location and spend hours on training, whereas now it can be done remotely from an iPad. “It’s just so much easier, and costwise it’s better as well.”

In addition to the checkout POS app, Twistee Treat uses a kiosk-mode app from Revel to enable customers to place their orders. They can scroll through menus, see photos and pay for their purchase. This has given customers some independence and control, which helps Twistee Treat compete with what Balzer calls the self-serve yogurt revolution.

The ice cream chain also uses Revel’s Remote Eyes web-based video system. Unlike old, grainy webcams, the iPad’s cameras are so clear that Balzer can see what employees ring up and what change they give back. “I’ve spent 25 years in the hospitality industry, and theft is a big problem,” he says. Monitors in the shops show clerks what Balzer can see.

Revel Systems’ POS also offers views for table-service restaurants. Wait staff can take orders and kitchen staff can keep track of orders on screen instead of on paper. Because employees log in to the system, managers can track when they sign on and off and what they’re doing when taking orders. Managers can also tell which locations perform best, change menu items and run a variety of reports from any device with an Internet connection.

Despite the company’s success, Revel’s development team still works closely with CDW to find new tools to make the system even easier to use. “We’re still simplifying it,” Ciabarra says. “It never ends.” 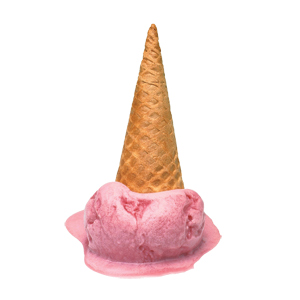