When a company’s mission is to develop technology that saves lives, putting all available resources and effort into research and development is the way to go. That’s exactly what Signalife, a Greenville, S.C., company that develops continuous ECG (electrocardiograph) signal monitoring did for the first several years of its life, emerging with modern medical devices that improve the accuracy and monitoring of cardiac patients.

Despite its necessary start as a high-tech R&D company, executives knew that if Signalife was to grow, it had to focus on how it was perceived by potential customers and investors. At the time, for example, Signalife had only a rudimentary, static external Web site and a basic workgroup LAN.

Securing the LAN and setting up a Microsoft Active Directory structure and security was the first task for IT director Stan Gelfer, who arrived on the scene three years ago. Then Gelfer tackled the external Web site, adding an externally hosted Microsoft IIS (Internet Information Server) Web and application server that transmits information using HTTP, as well as a Microsoft Access database to store data. He also redesigned the Web site using Microsoft ASP.NET, a scripting language used to create dynamic Web-site content.

“I used .NET components to modulize the Web site so it would be easier to update and manage,” Gelfer said. “That gave us the flexibility to update the Web site more efficiently, and to use new color schemes and logos.”

The addition of .NET has proved to be extremely useful in helping make the business more efficient, added Dr. Lowell Harmison, Signalife’s CEO and former Principal Deputy Assistant Secretary of Health in the U.S. Department of Health and Human Services during the Reagan administration.

“Microsoft .NET helped us automate the data-flow process and streamlined our operation,” Harmison said. “It reduced paper documents, created centrally accessible information and standardized reports and data structure. In all, it saved us time and money.”

Gelfer then turned his attention to the corporate intranet, using many of the same tools. For the intranet, Gelfer also rewrote several applications to make them more efficient, such as an application that automatically posts press releases to the server — a process that had been manual and cumbersome. Gelfer also developed a project-management portal, an employee time sheet tracking system and an inventory system to keep track of capital expenditures.  All applications were developed using the same set of Microsoft tools, including .NET and the Access database.

The Latest in Cardiac Monitoring

Along with the Web-site upgrade, the company decided to modernize how its cardiac products were being used by the medical community. To do that, the company chose to standardize on Lenovo ThinkPad model R61 notebooks running Windows XP Pro, outfitted with the company’s custom ECG software, which is written in Visual Studio with C++ components.

Physicians use the notebooks, preloaded with the ECG software, to diagnose patients’ cardiac episodes. The notebooks, which can store up to 2,500 hours of data, connect wirelessly via Bluetooth to a patient’s wireless cardiac monitoring device, Signalife’s flagship Fidelity 100, which records and monitors a patient’s heart in real time. Because physicians receive patients’ heart data in real time, they can make quick diagnostic and treatment decisions that can affect patients’ lives. The units also have been used during surgery, enabling fast action by surgeons, Gelfer said.

Although Bluetooth is working fine as a means of communication between the notebook and wireless cardiac monitoring devices, Gelfer said the company is looking at moving to Wi-Fi, which would save time and money on wired equipment and setup.

The company took its technology even further afield, bringing cardiac monitoring to rural areas to help prevent premature heart attacks by providing free cardiac readings. To do that, Signalife helped the Athletes for Life foundation outfit a 50-foot trailer with Fidelity 100 patient modules paired with foundation-supplied treadmills, advanced technology and qualified cardiologists. The goal was to provide onsite cardiac readings that would help people determine whether they needed to follow up with their physicians.

Inside the trailer sits a Microsoft Server 2003 Web edition, connected via TCP/IP to another system on which patients register, providing basic information and health history. The software was written using .NET 2.0 and 3.0 components. After a patient registers, a consent form is printed out. The patient then takes the cardiac test, where ECGs are generated.

All data — from the patient’s registration information to the resulting ECG — is stored in a Microsoft Access database housed on the server. The information is also loaded onto a 256-kilobyte USB stick and given to the patient, who can either use it as the basis for a personal medical record or take it to a doctor or clinic for further evaluation.

Although no data currently leaves the trailer — except what is provided to the patient — Gelfer hopes to expand the system by implementing a central server, to which all information will be uploaded. When that happens, physicians will have instant access to the information, he says.

“Over time, we know we can continue to use technology both to advance the health care field and to advance our business,” Harmison said. “We’re really excited about our future.” 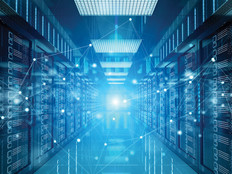