In hindsight, what would you say was your biggest IT mistake?
I’ve made a lot of mistakes.

When we started, we were strapped for cash. We had raised some money, but we didn’t want to spend it all hiring developers onshore. So to reduce costs, we launched our own development company in the Ukraine. It was kind of a fad at the time. If you go offshore, you spend less money, but you get more developers, more people. So we spent a bunch of money, and we had trouble — like most people do — in managing that company and dealing with the communication barriers. A year and a half later, we could not get our technology to work, so we had to close that shop down and had to restart from scratch in the United States.

We spent a lot of time and a lot of money and had little to show for it. We learned that you shouldn’t always just look at the costs. It’s important to think about what you’re trying to get out of a project. Cost is a function of what you want to achieve. Because if you don’t get the results you wanted, it doesn’t matter how much money you saved.

Looking into the rearview mirror, what’s been your best IT investment?

Our best IT investment is in people — paying up to get the best and the brightest people. Our best technology investment really came on the heels of us closing our Ukraine operation, which was investing in the right people. It was us going out and finding the best technology people that we could find in the United States.

Technologies change. Software platforms change. But having the best people is what separates you from the next company. In a difficult market environment because the economy is very strong and the job market is very tight, we’ve been able to attract some sharp and really good people, and we’ve been able to retain them.

Technology also separates us from the competition. We’re a financial company, but we do all our business online. Our technology platform and our ability to make changes quickly is our competitive advantage. Without it we would not be a successful company. From the customer interface to the analytics and data analysis that we’re able to do, our platform is our competitive advantage, and people help us manage and maintain it.

“My employees call me a hater of technology change; when technology doesn’t work, it puts me in a bad mood.” —Al Goldstein

What is the best IT advice you’ve received?
Every single mistake that we’ve made — not only in IT but companywide — always has to do with being shortsighted, whether it’s not spending the right dollars, as we did with our Ukraine plans, or making a decision that will only last for a month because it’s easy today but then you have to spend twice as much or three times as much money down the road.

It has to do with making sure that you’re making the long-term decision. Companies are in business for the long term typically, and as long as that decision allows you to survive for tomorrow, make sure it’s one that will not hurt you in the long term.

Bio in Brief: Al Goldstein founded CashNetUSA in 2004 with his brother Alexander. Located in Chicago’s financial district, the startup provides advance payday loans via its online cash distribution platform. Last July, the Goldstein brothers sold the company for more than $100 million to Cash America International.
Looking in the Rearview Mirror

Find even more from our special report in the IT Investment Resource Center. 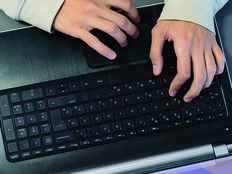 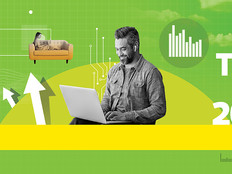