Imagine if bank and credit union customers could access their account information with merely the sound of their voices — no passwords or PIN numbers required. Now imagine cutting the time of a typical call center call by a minute or more, not by rushing through it but by eliminating the part of the call that customers and employees both hate the most: the manual authentication process.

Sounds great, right? Thanks to increasingly popular voice recognition technology, some banks and credit unions are already doing it. And not just the biggest players, either.

Voice biometrics, sometimes called voiceprint technology, is both a security game-changer and a customer-service home run. The technology recognizes a customer’s unique vocal patterns and grants him or her secure access immediately.

Voiceprint works by analyzing the hundreds of individual components of a person’s voice. It’s part of the biometric security trend that may eventually make passwords obsolete, but it offers certain advantages over other biometric modalities, including fingerprint ID, facial recognition and iris scanning, each of which requires an individual’s physical presence to interact directly with a device.

“Voice recognition technology is actually easier than other biometric modalities,” notes Biometric Today. “You don’t need to go anywhere or touch anything to verify your biometric authentication.” Moreover, unlike fingerprint ID or an iris scan, “it only needs a microphone as an input device that is already built into our smartphones.”

The security advantage is clear. Passwords can be cracked, guessed, or stolen, but each person’s voice is particular to that person; even identical twins have distinct voice patterns. The most talented impressionist can’t fool the technology.

Voiceprint Is Simple for Banks and Customers to Set Up

To get started, customers simply record themselves speaking (typically by telephone) into their bank’s voice recognition system. Once the bank has the customer’s voiceprint data, the system will match that data with his or her voice in any future call, so the customer merely needs to speak a few words to gain secure account access.

Voice recognition is different from speech recognition; the former identities precisely who is speaking but not what is being said. Speech recognition technology, like that built into voice-based digital assistants such as the Amazon Echo, Google Home and many smartphones interprets the speaker’s words and context.

Some banks are integrating voiceprint technology with their human-staffed customer call centers, allowing their representatives to focus more quickly on the customer’s reason for calling.

That’s what Citi did when it implemented the system in 2016.

"Voice biometrics allows us to fundamentally change the customer experience — from ‘Who are you?’ to ‘How can I help?’” Andrew S. Keen, Citi's chief administrative officer for global consumer operating functions, told Forbes. “This is one of several new capabilities we're introducing to increase protection while decreasing friction for Citi clients.”

Others are going a step further, baking voice recognition into their speech-recognition applications. For customers of these banks, checking their account balances or even making transactions can be as simple as speaking to Alexa.

Institutions such as U.S. Bank, TD Bank, and Santander Bank launched voiceprint programs in the last two or three years, all successfully. “This pioneering technology has a huge potential to become an integral part of the future banking experience, playing a transformational role in the industry and redefining how customers choose to manage their money,” Ed Metzger, Santander’s head of technology and operations in the United Kingdom, told The Telegraph.

Voiceprint barriers to entry are also lower than that of some other technologies, and as a result smaller banks and credit unions are starting to deploy it. For example, Virginia Credit Union, based in Richmond, launched a program in 2016 with Nuance Communications, one of the leading providers of voice recognition technology.

Banks of all sizes are working with state-of-the-art technology these days, from artificial intelligence deployments helping consumers manage their finances to video banking solutions expanding the scope of human interaction with customers. And much more.

Voiceprint is a great example of a technology so far flying mostly below the radar. Yet it is an elegant solution to the massive challenge of keeping customers’ data secure while providing a delightful customer experience — and it’s one within the reach of almost any size bank or credit union. 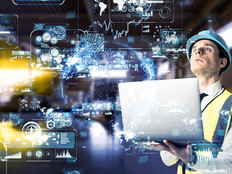